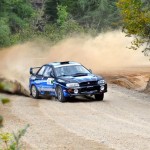 We’re getting ready to launch our new website, so some information about what to expect. The new CARS website has been designed to serve three main purposes: Be the go-to place for Canadian rally fans and competitors (CRC Home Page) Host the business of CARS the Canadian Rally Sanctioning body (CARS home Page) Promote our […] 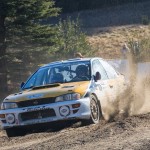 Bancroft, ON., November 29, 2015 – Sylvain and son Simon Vincent of Terrebonne, QC., won the Rally of the Tall Pines, the final round of the Canadian Rally Championship. After a long career in the sport and numerous podium finishes, Sylvain had earned the rank of Grand Master though a national victory had eluded […] 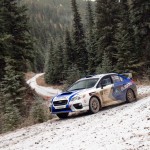 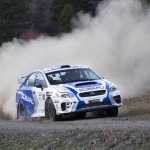 Merritt, B.C., October 25, 2015 – Antoine L’Estage (St-Jean-sur-Richelieu,QC) and Alan Ockwell (Toronto, ON) dominated the 2015 Pacific Forest Rally, L’Estage’s eighth victory at the event. The Subaru Rally Team Canada WRX STI carved out a big lead on the first day of competition and managed their lead through the rest of the event, despite […] 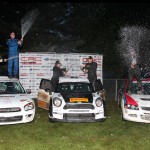 Sainte-Agathe-des-Monts, Que., September 13, 2015 – Joël Levac and Stéphanie Lewis of Montreal marked a new high point in their rally career by winning the Rallye Défi, their first-ever victory at a round of the Canadian Rally Championship. Driving a former World Rally Championship MINI, the pair attacked on the first day of the rally, […]