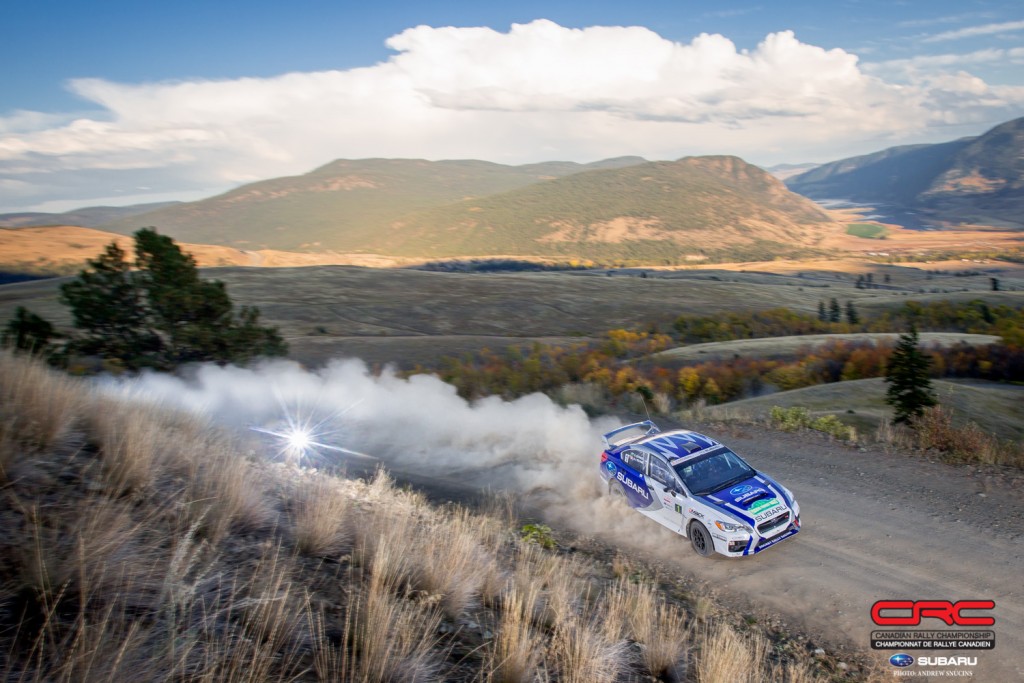 Antoine L’Estage and Darren Garrod have taken the lead on the first day of the 2016 Pacific Forest Rally, taking advantage of road position to press their advantage even further. The team took the lead from the first stage and ended the day with a three minute 38 second advantage. By running first on the road, the pair also avoided the difficulty that most teams face – heavy dust obscuring the view of the road ahead.

“We had a good clean run the whole day,” said L’Estage. “We’re in a good position for the championship now, which is very important to us after some of the challenges we’ve had this year.” 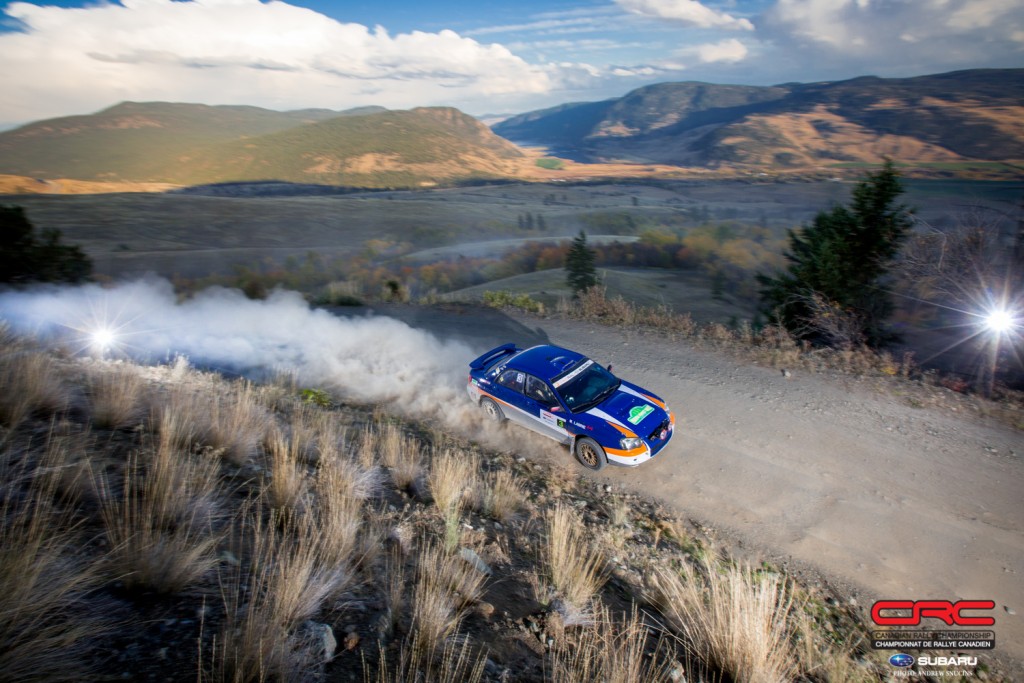 While L’Estage and Garrod are enjoying good fortune, his rivals in the championship are not. Series leader Maxime Labrie entered the event with the plan to finish on the podium and safely advance their points tally. However an error on stage three resulted in a roll. The team have said they will try to make repairs overnight and restart the rally on day two, provided the damage isn’t too severe.

Wim van der Poel’s team will also have a late night as the team hopes to make repairs that sidelined their efforts today. A problem with the clutch made progress impossible, but repairs will be time consuming and van der Poel was uncertain that the work could even be completed by morning.

“It’s tough to have this happen,” said van der Poel. “Last event things went well while our rivals had problems, so now maybe it’s our turn.” 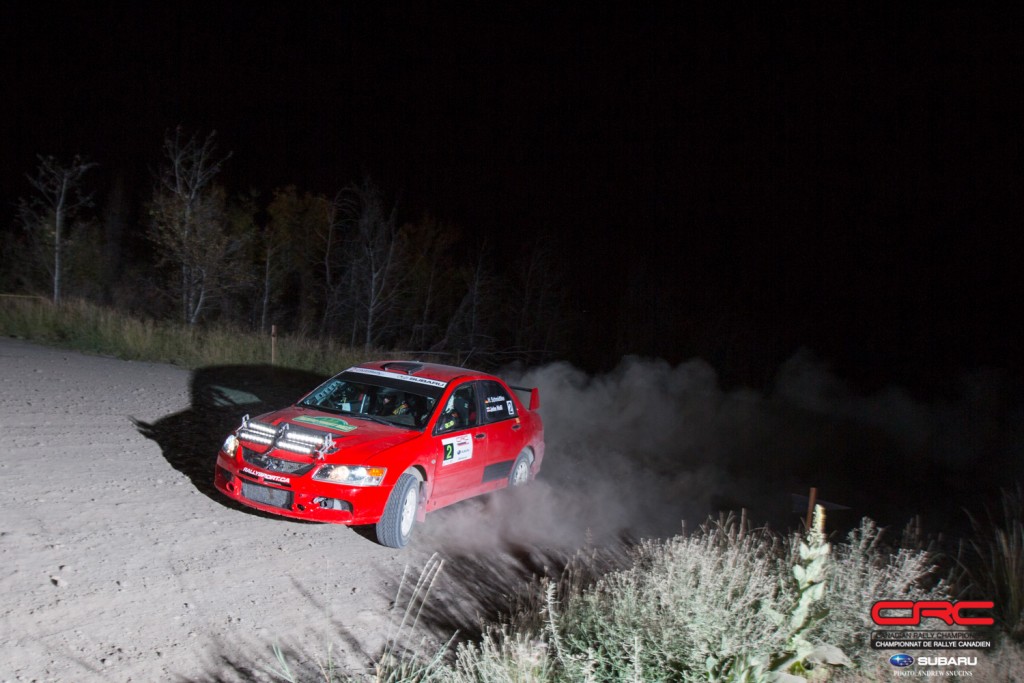 Hardy Schmidtke and John Hall are in second place to close out the first day. The team have had problems of their own, with the car overheating on the uphill stages that made up all of the rally distance on day one. Despite the problems, the pair have pressed the advantage of their knowledge of the roads to open a slim margin over third placed Sam Albert and Michelle Miller.

Albert and Miller are just six seconds back from second place. They’ve had a good run, but need to keep their focus through the second day in order to retain or improve their position. 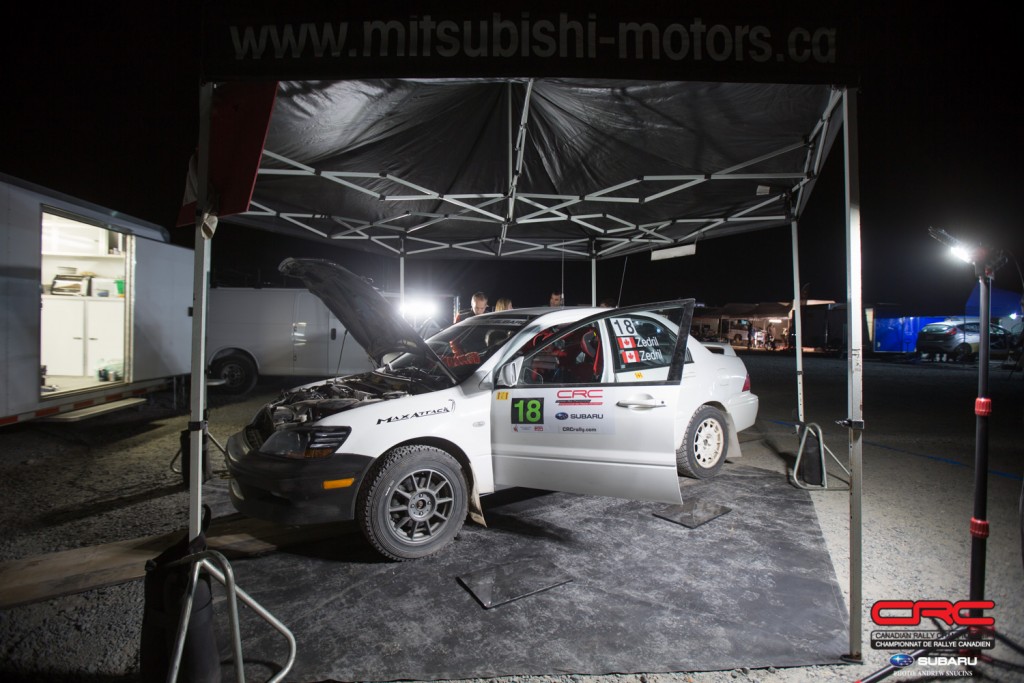 In two wheel drive, the Zedril brothers have taken the lead at the end of the first day. While official results show Derik Nelson and Adam Newell leading the class, the pair are running a Subaru BRZ that isn’t class-legal and so is expected to be scored as an open class car. True to form, the Zedrils haven’t experienced any difficulties beyond the dust plaguing all teams.

“We’re happy to be in this position. We’re trying to push our speed, but the field is really deep this weekend. Some teams have had trouble, and that’s helped us,” said Jan Zedril. 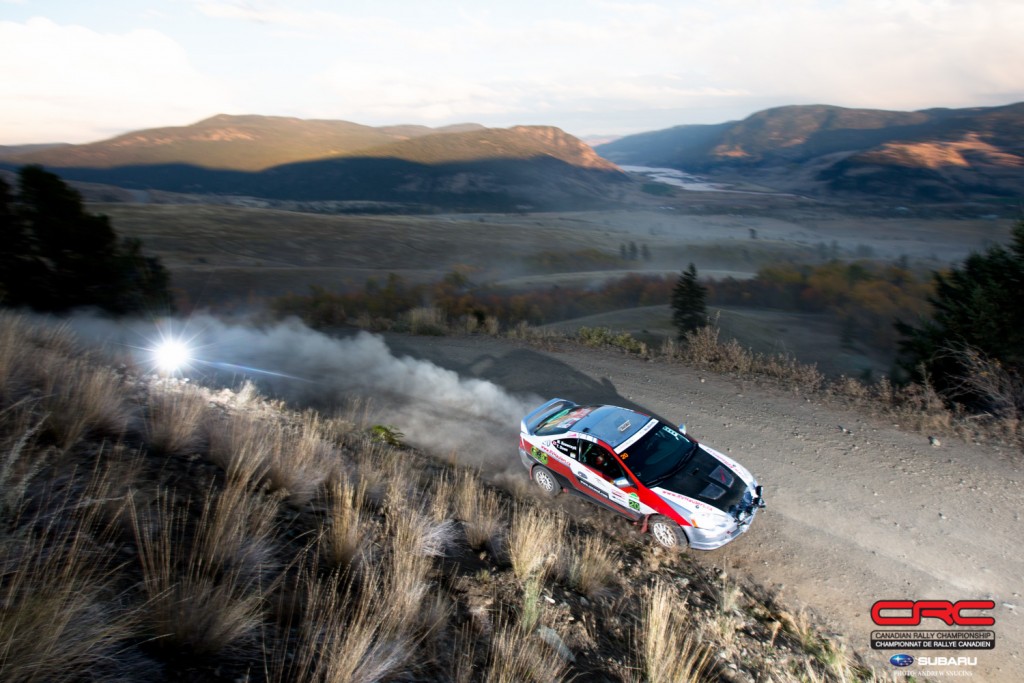 Tanveer Deen and Michael Szewczyk are 15 seconds back of the Zedrils. The young team have shown impressive pace, but struggled in the past with keeping enough grip to stay on the road.

“Previously I have paid too much attention to other teams,” said Deen. “This event, we’re really going to try to run our own rally and finish.”

Derek Knight and Robert Culbertson are third in class, in a rear wheel drive Volvo.

The Production 4WD class has an extremely strong entry, with a tight championship battle up for grabs. Agatino Fortunato and Brandon Liang are leading the class. The American team had previously tried their hand at the Rallye Perce Neige in February, but were unable to finish. They hold less than a seven second advantage over second placed Eric Grochowski and Leanne Junnila.

Grochowski and Junnila competed together regularly but after selling their previous 2WD rally car, they hadn’t lined up any events together until this weekend. However, they have proven they can be back on pace quickly, and on roads that are favourites to the team.

Nicholas Spencer and John Kesslar are sitting third in Production 4WD but will have to push on the second day to hold that position. 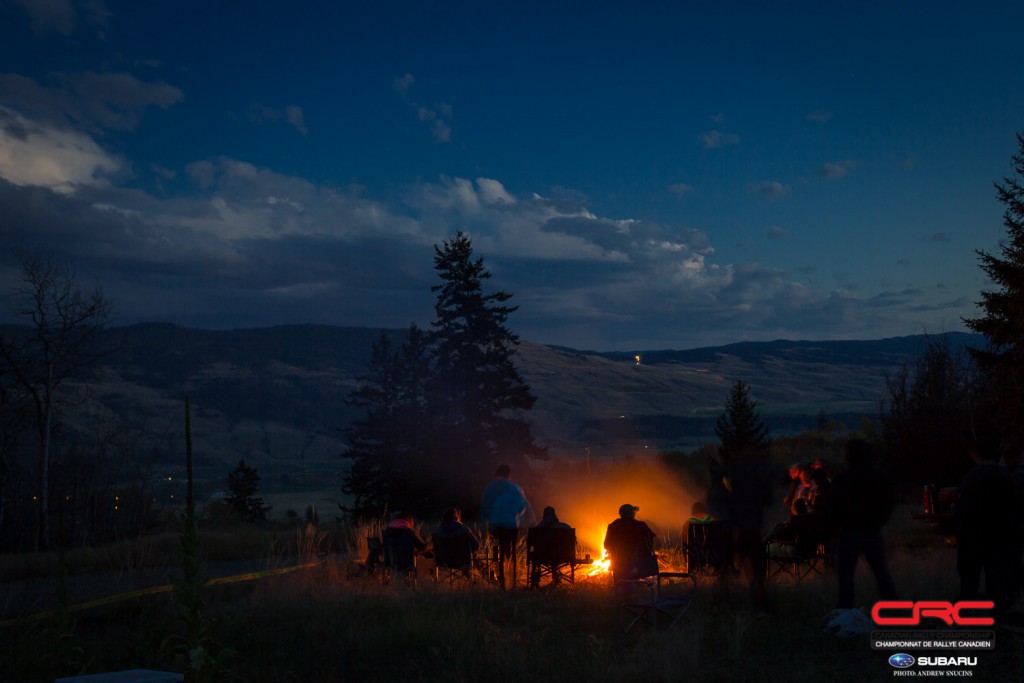 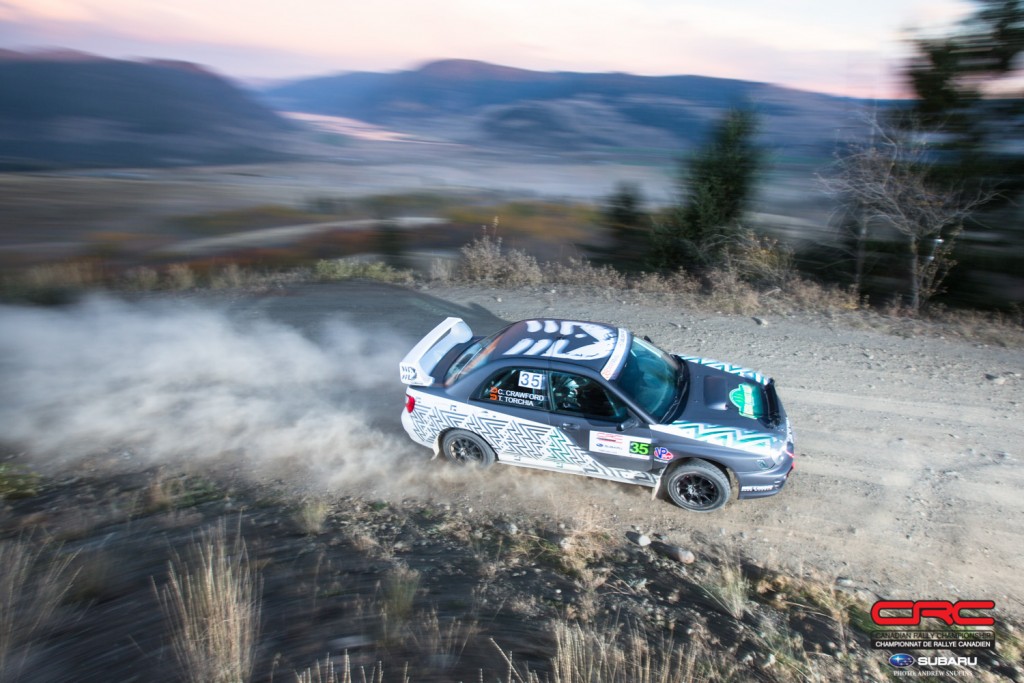 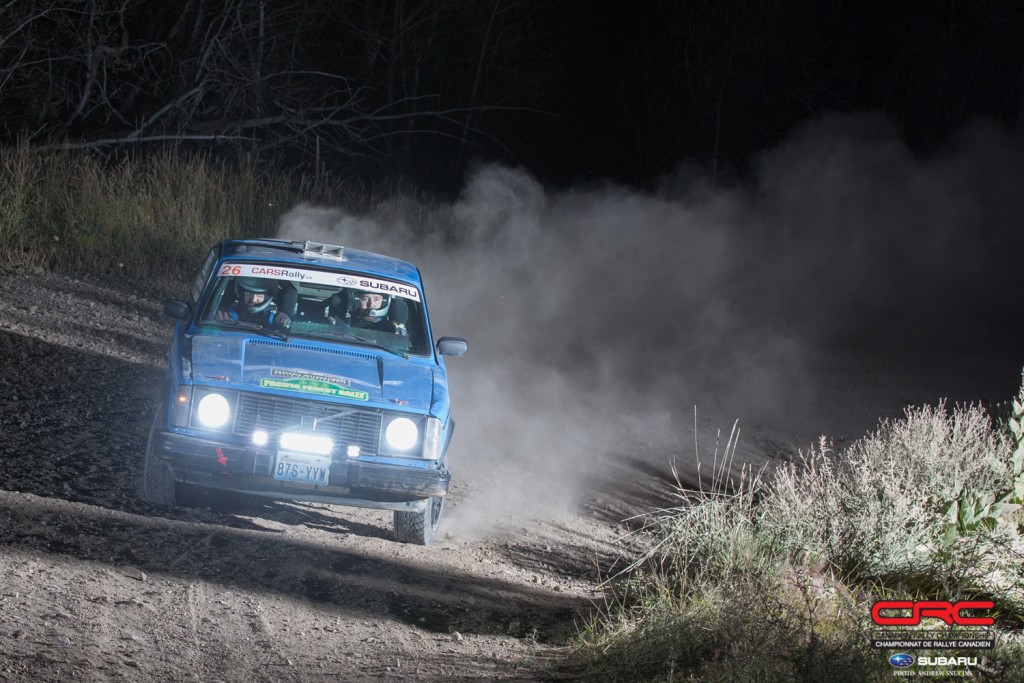 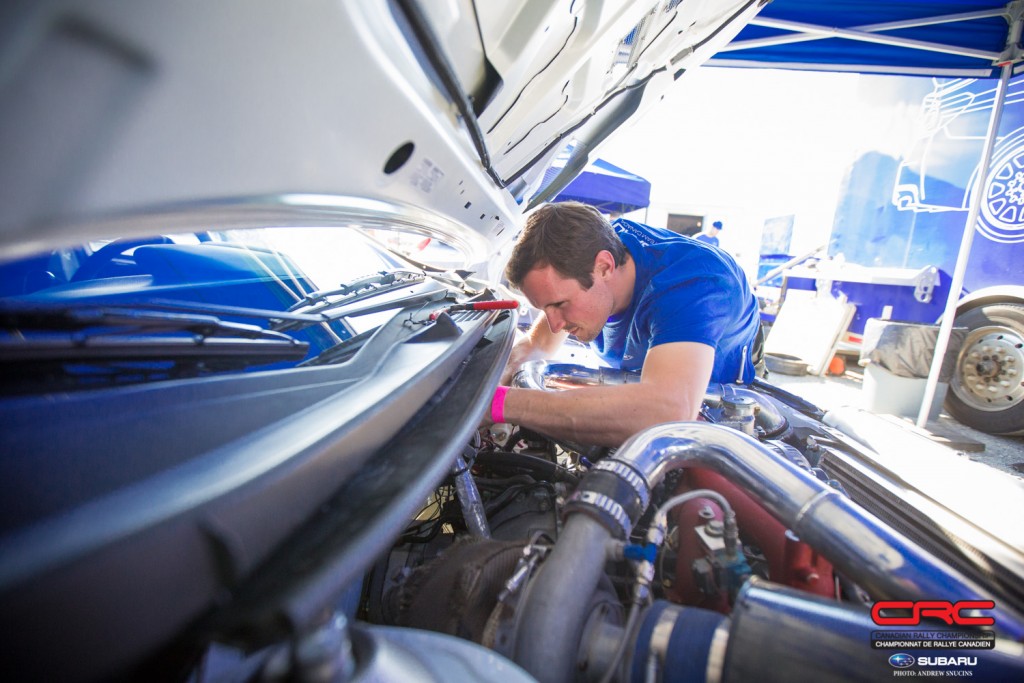 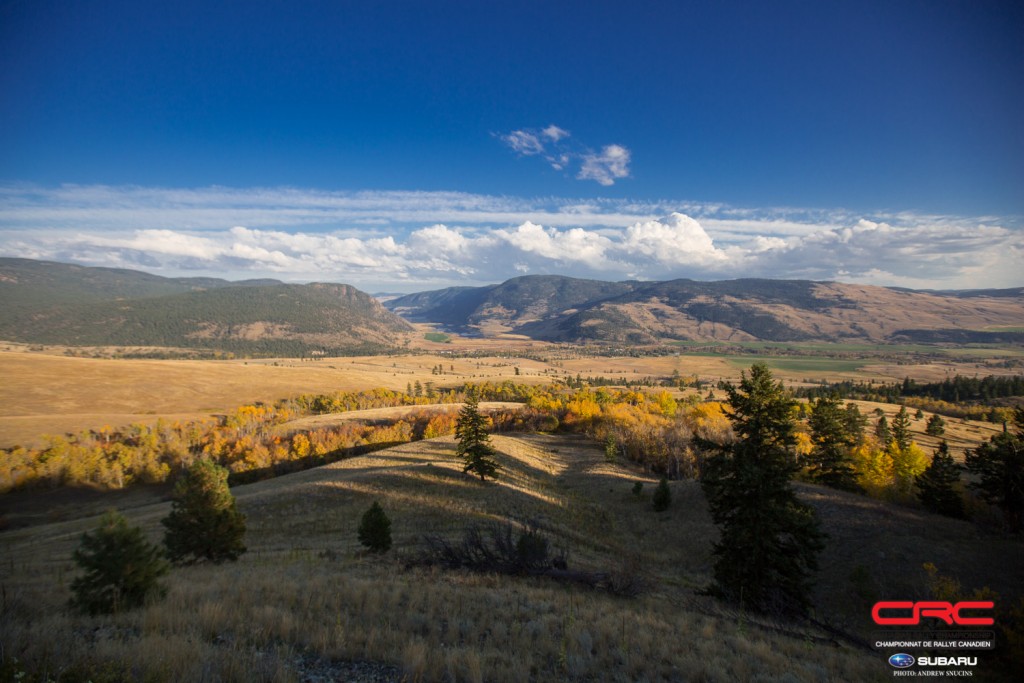 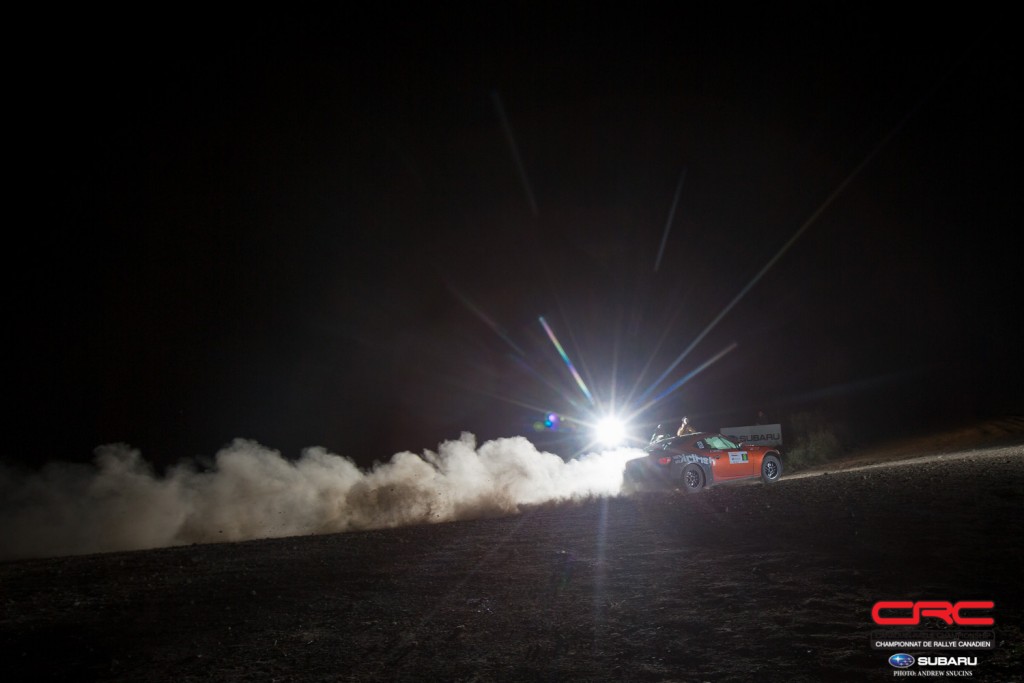 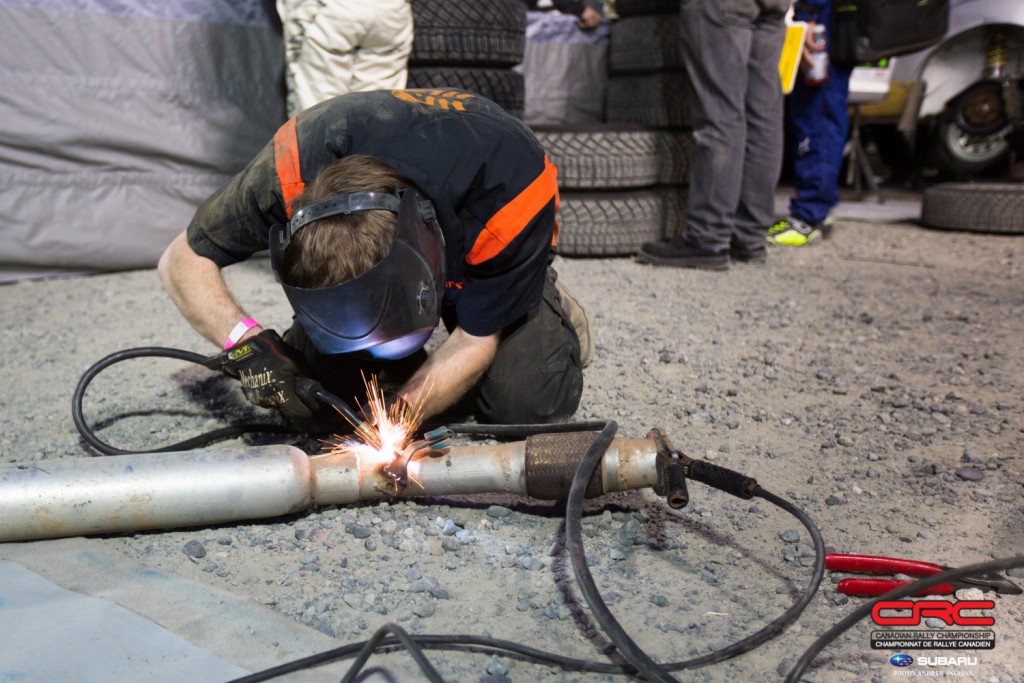 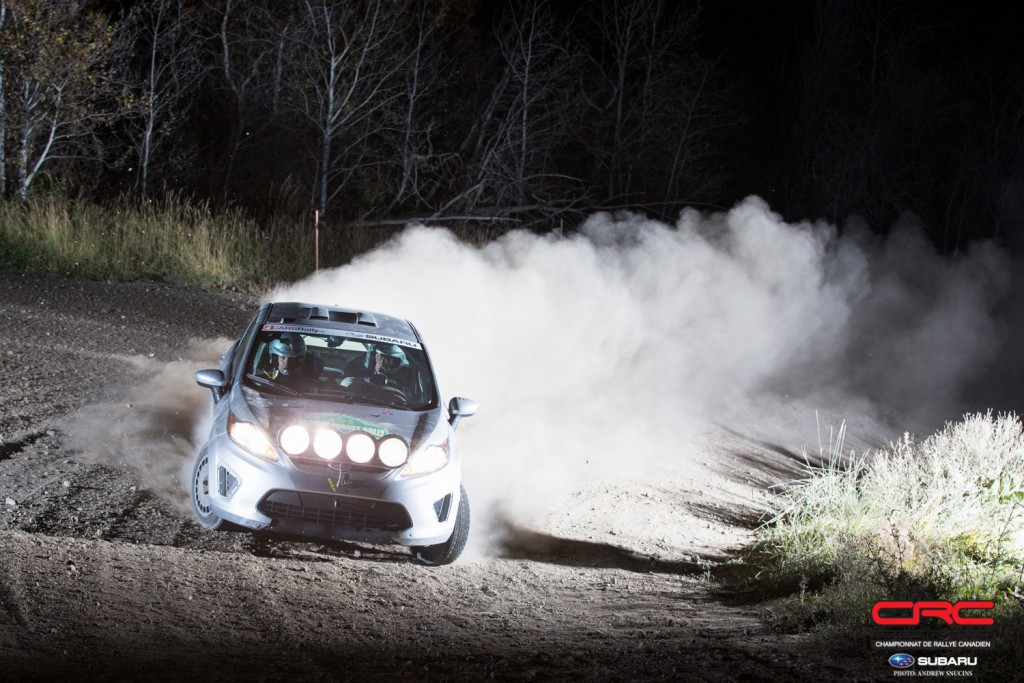 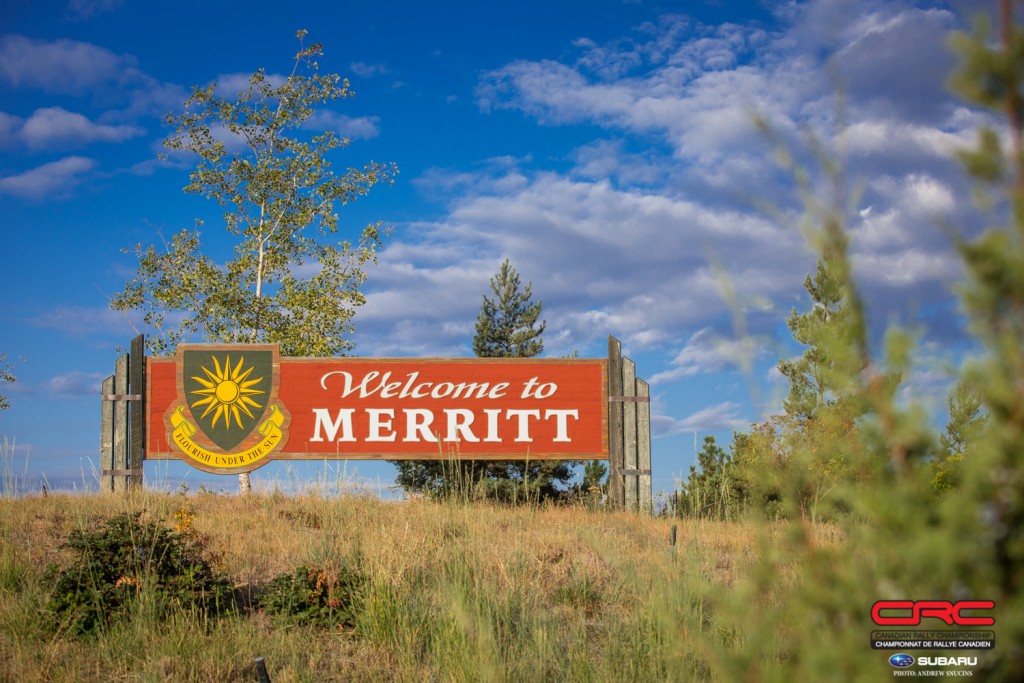 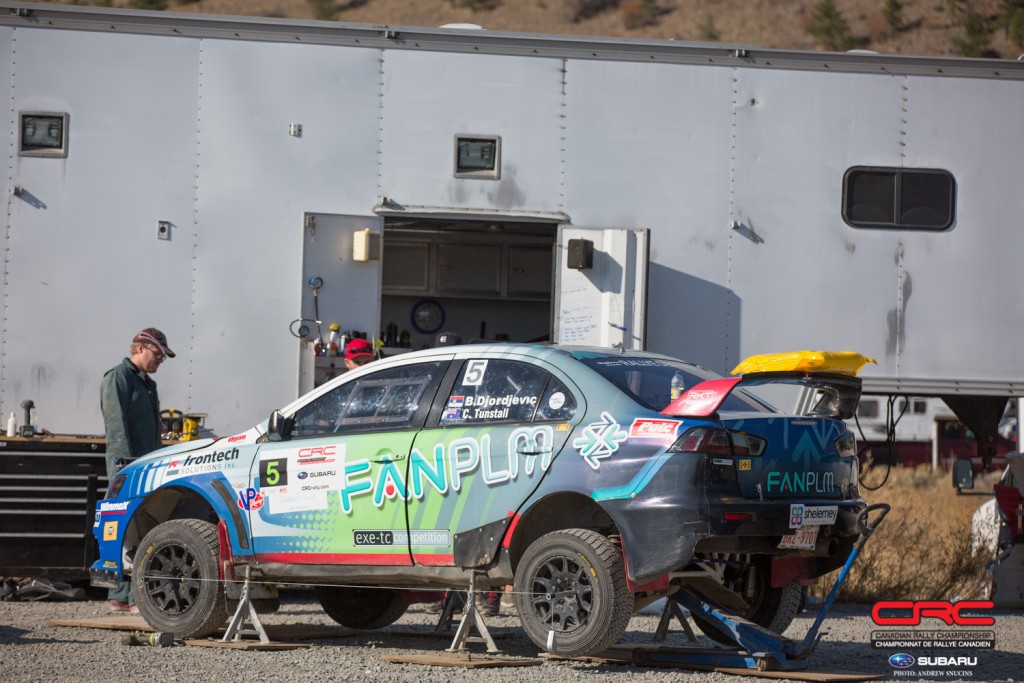 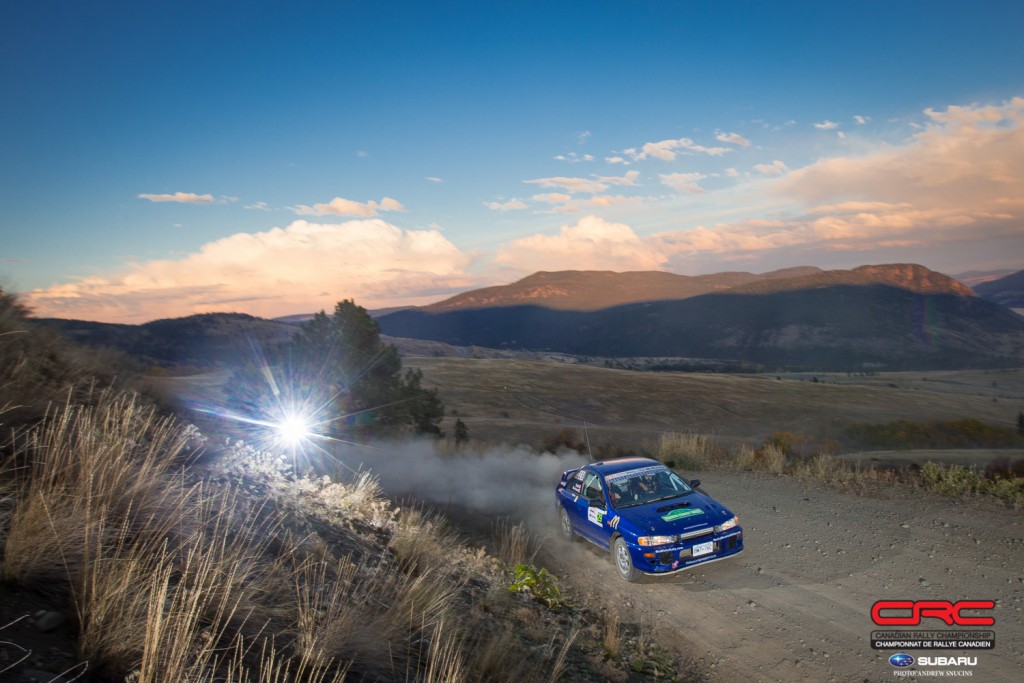 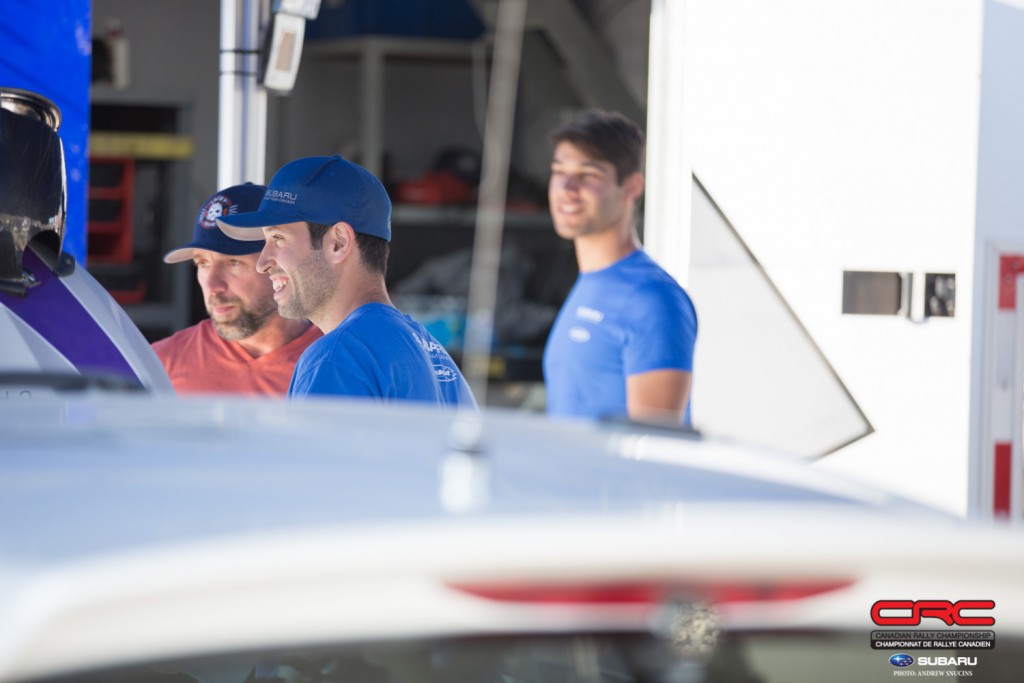 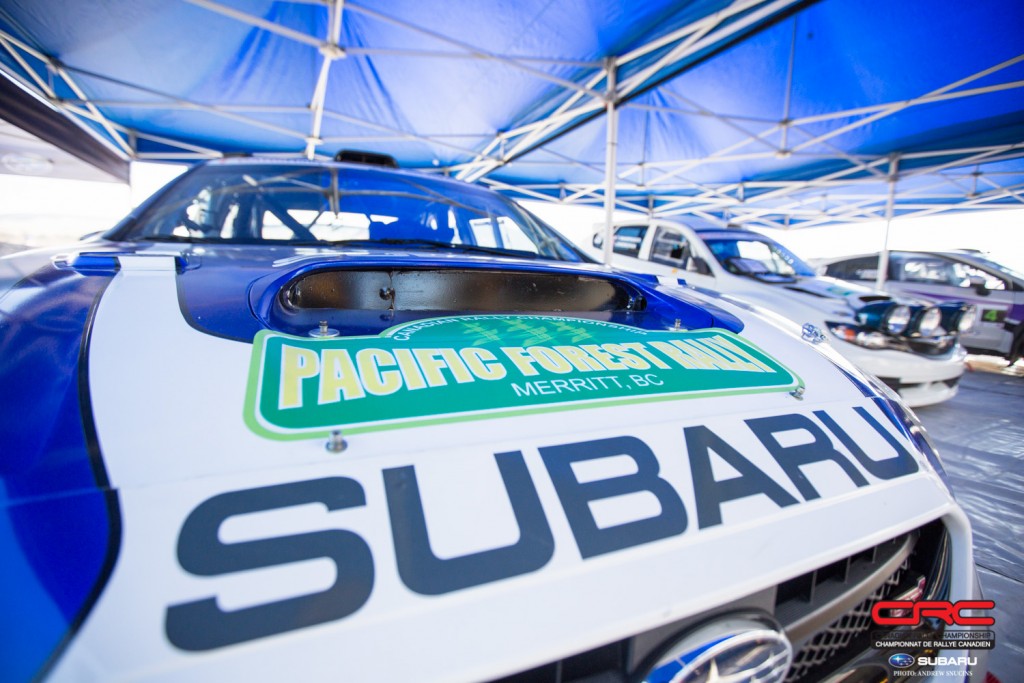