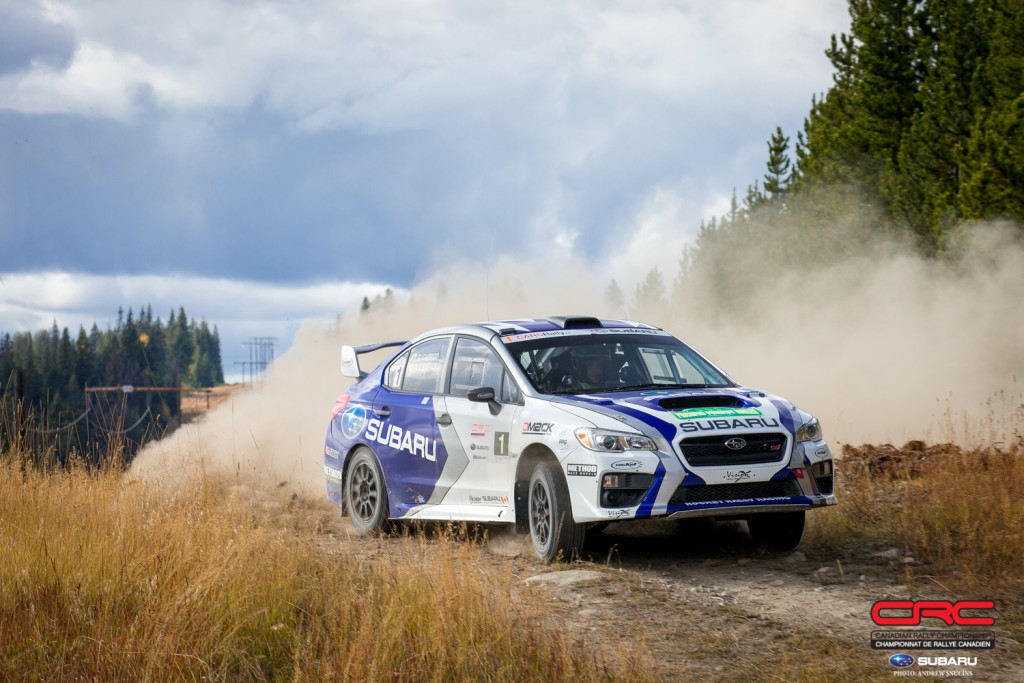 Subaru Rally Team Canada’s Antoine L’Estage and Darren Garrod made big gains at the Pacific Forest Rally, winning the event and getting their championship bid back on track after a tough first half of the season. From start to finish, the pair dominated the field at the rally held in Merritt, BC, winning every stage on their way to overall victory.

“This victory was really important for the whole team,” said L’Estage following the podium ceremony. “We had some challenges earlier this year, but now we are in a good position in the championship. The work’s not done, we still have two events to go, but I know the Rally of the Tall Pines really well, and with Big White on the calendar, I really like snow rallies, so that will be a good event.”

L’Estage has finished every edition of PFR he has started – 12 in total – and has won the rally nine times. Challenges over the first four events in the season have kept L’Estage and Garrod out of the top spot in the points standings. Now the pair are second overall, out of first place by just one point. 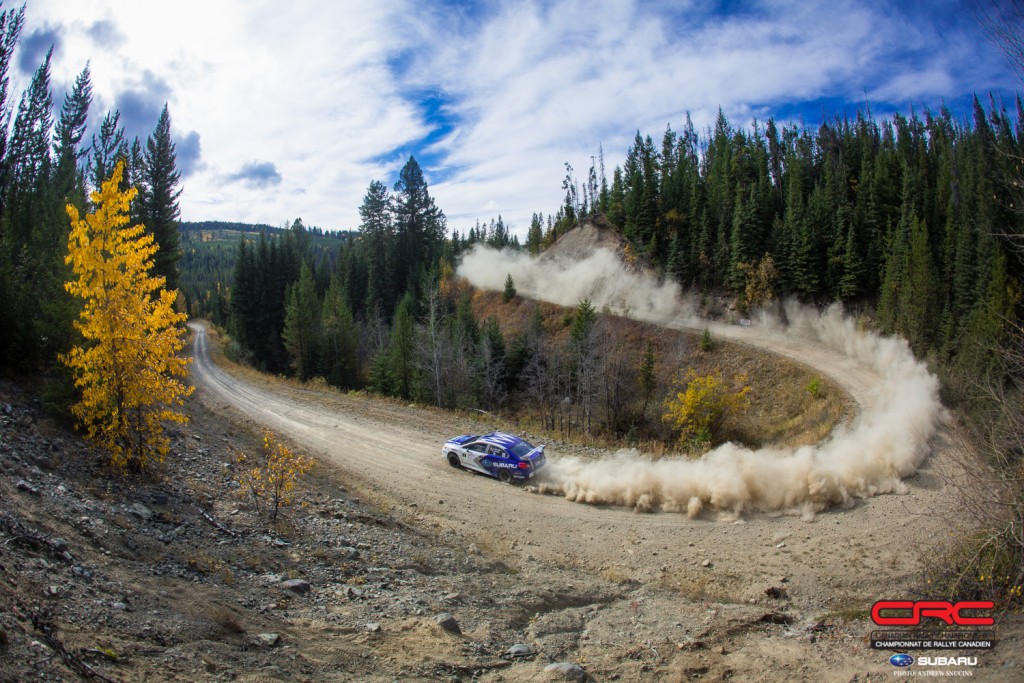 Boris Djordjevic finished second overall, co-driven by Cameron Tunstall claiming key points in their own efforts in the championship. The team faced a big mechanical challenge on the first day when a water hose came loose and the team had to use their drinking water to limp the car to service. By day two, their fortunes had changed, the car performing flawlessly, allowing the team to finish second on every stage, solidifying their podium finish.

“Today went really well,” said Djordjevic. “It feels really good to be able to drive the car hard and have it just work well. We were able to attack and be fully committed today.” 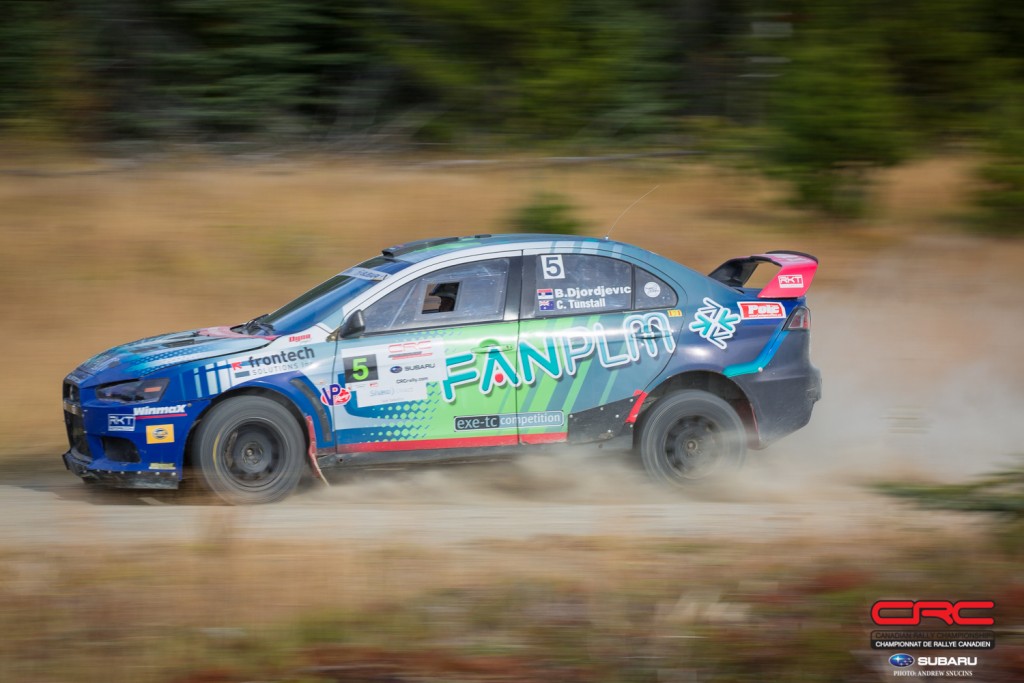 Third place at the Pacific Forest Rally was earned by Derik Nelson and Adam Newell, in their turbocharged Subaru BRZ. Though the car is just rear wheel drive, not all wheel drive like many top rally cars, Nelson’s car does not have a restrictor on the turbo and comes in underweight for the top two-wheel-drive class.

“The platform just seems to work for me,” said Nelson. “The car has been a challenge to develop and we had our share of problems this weekend. But overall it’s a fast car and we have a lot of fun driving it hard.” 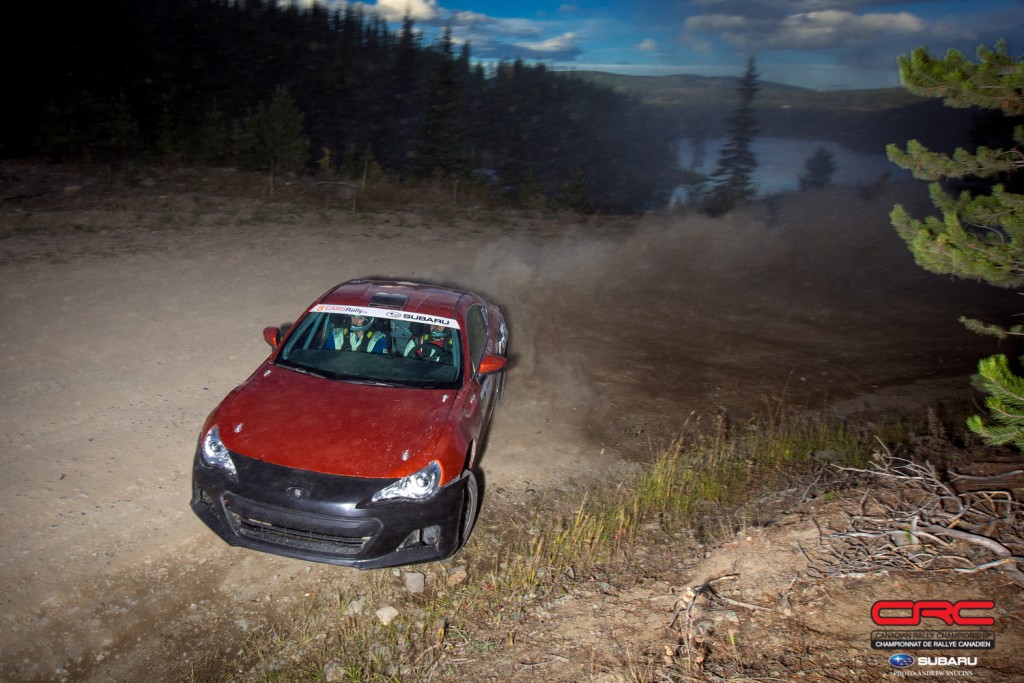 The two-wheel-drive field at the rally was quite deep at the start of the event. As conditions took their toll, teams with a balance of speed and caution found themselves moving up in the order. Tanveer Deen and Michael Szewczyk had started to develop a reputation for crashing out of rallies in the past.

“We came here with a different approach,” said Deen, who finished a strong fifth place overall. “We are trying to be more conservative in order to get more seat time and experience.

“Once we were within shooting distance of first place, we pushed hard to make up the time.” 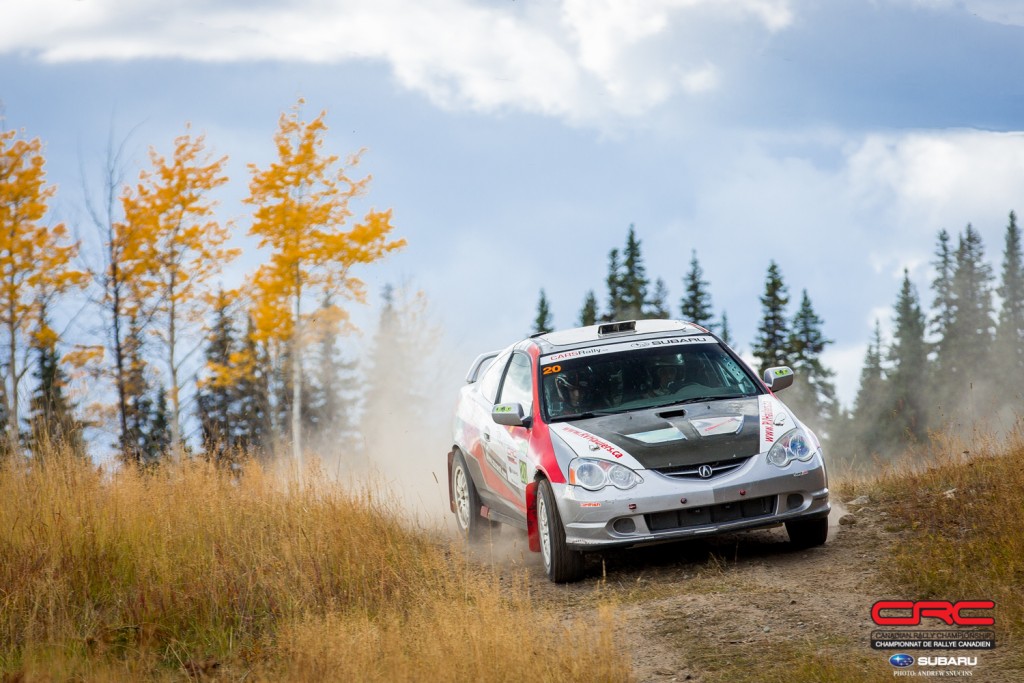 Deen and Szewczyk edged out Jan and Jody Zedril in the final stages of the rally. But it was the Zedril brothers who had set the pace in two-wheel-drive for most of the event. As other teams ran into problems, the Zedrils leaned on year of experience to breed both speed and consistency. Though they lost time in the final stages, they still held a comfortable second place. 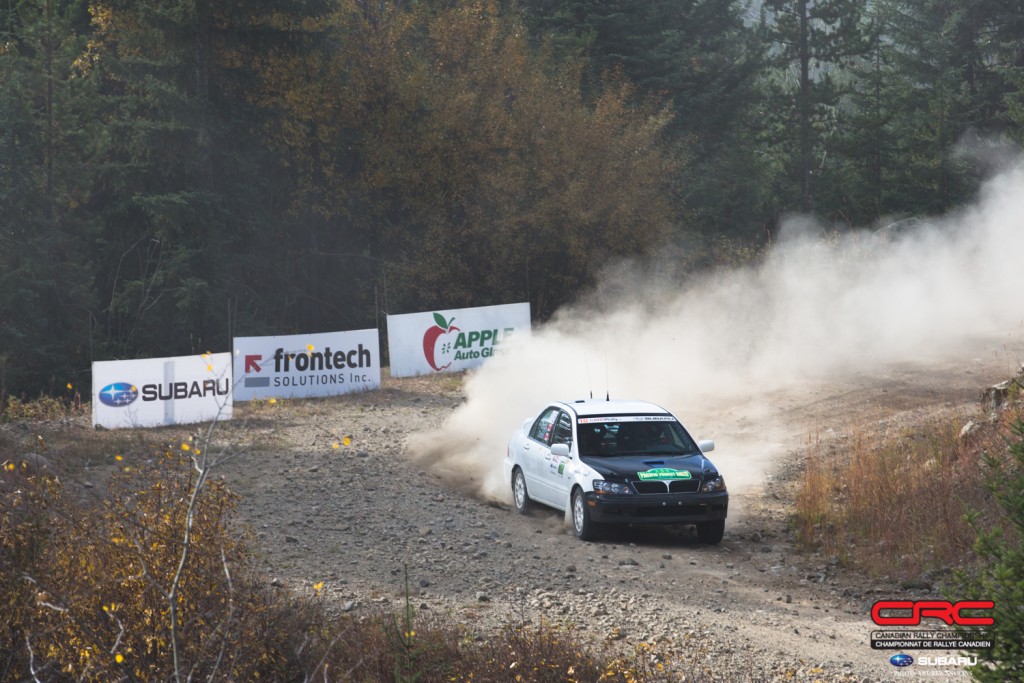 Jason Bailey and Shayne Peterson showed impressive speed in their first event in a Fiesta R2. However, a technical error resulted in heavy penalties for the team, knocking them out of first in class by the end of the first day of competition.

“This car has so much more speed in it,” said Bailey. “It’s so easy to drive, and I’m not getting out all it is capable of doing.” 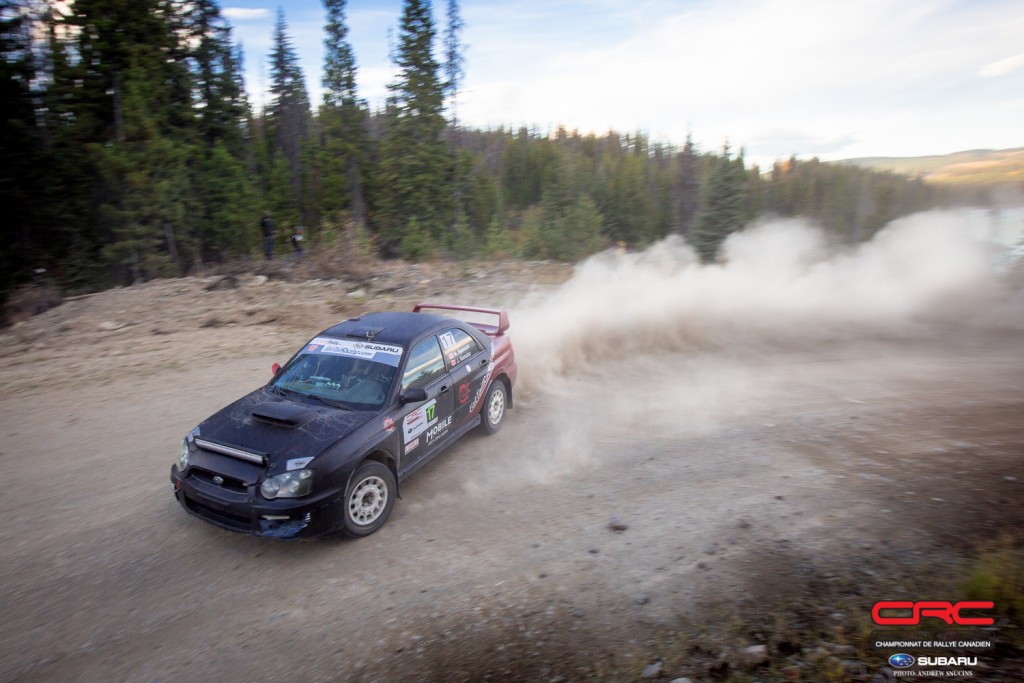 The Production class competition was fierce coming into the rally, in part owing to the three way tie for first place in the class standings. Nicholas Spencer and John Kesslar finished the rally as the top team in their class. The team held a lead of just over a minute when compared to the second place team, Eric Grochowski and Leanne Junnila. However, Grochowski and Junnila are running a normally aspirated engine, and enjoy significantly less power than the turbo cars produce. 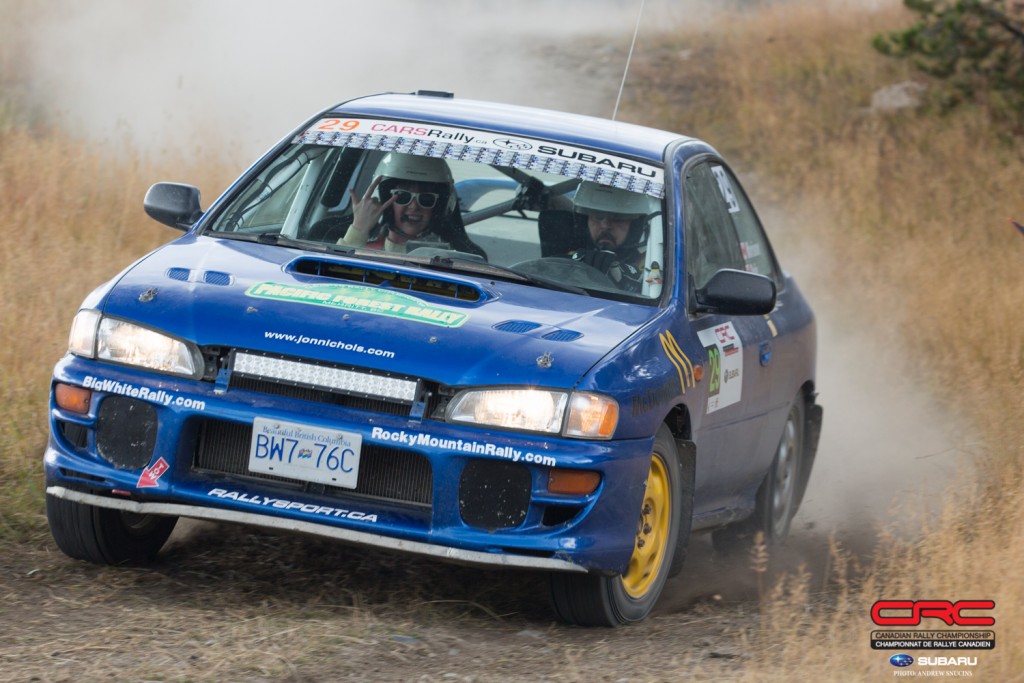 Third in class went to Keith Morison and Jennifer Daly. Morison has not competed as a driver in over a decade, but proved that he still has the talent to do well in a difficult sport.

The Canadian Rally Championship resumes next month for the Rally of the Tall Pines, in Bancroft, Ontario. 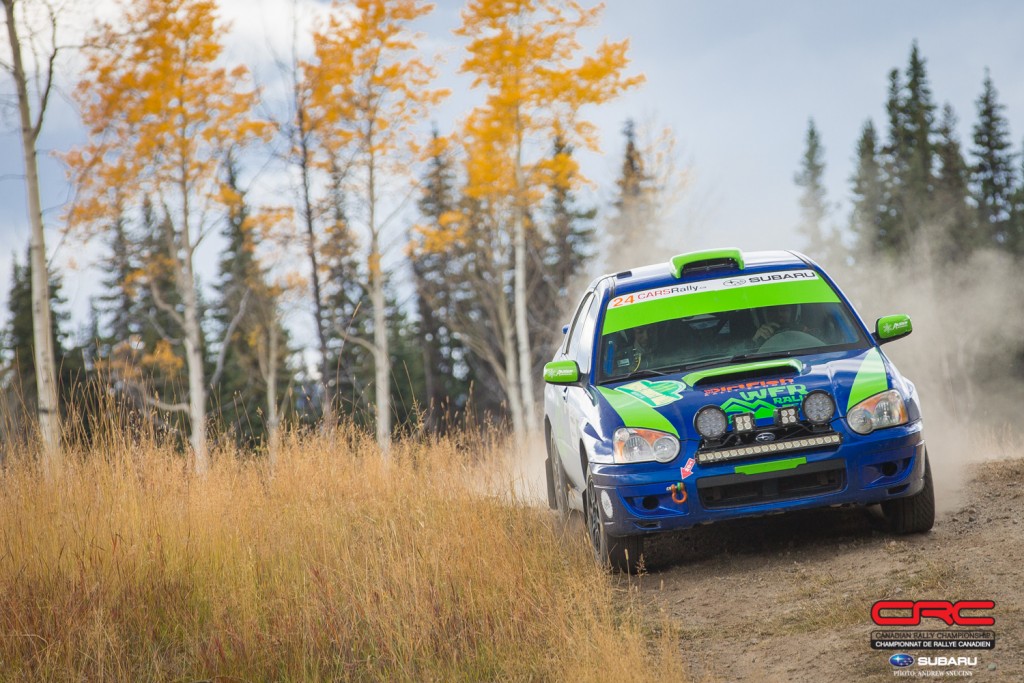 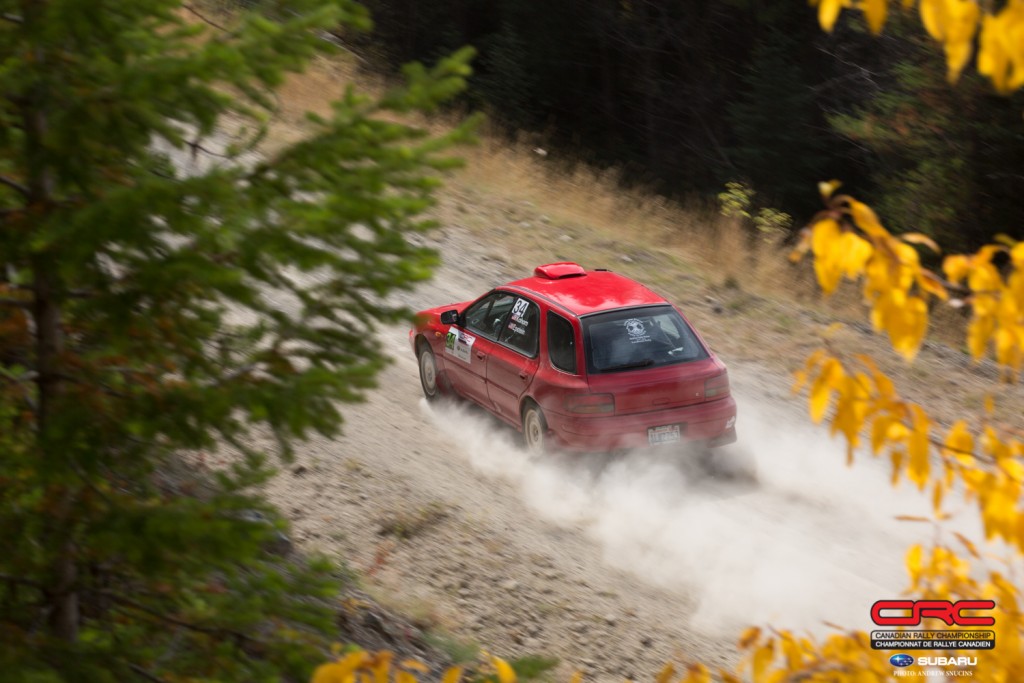 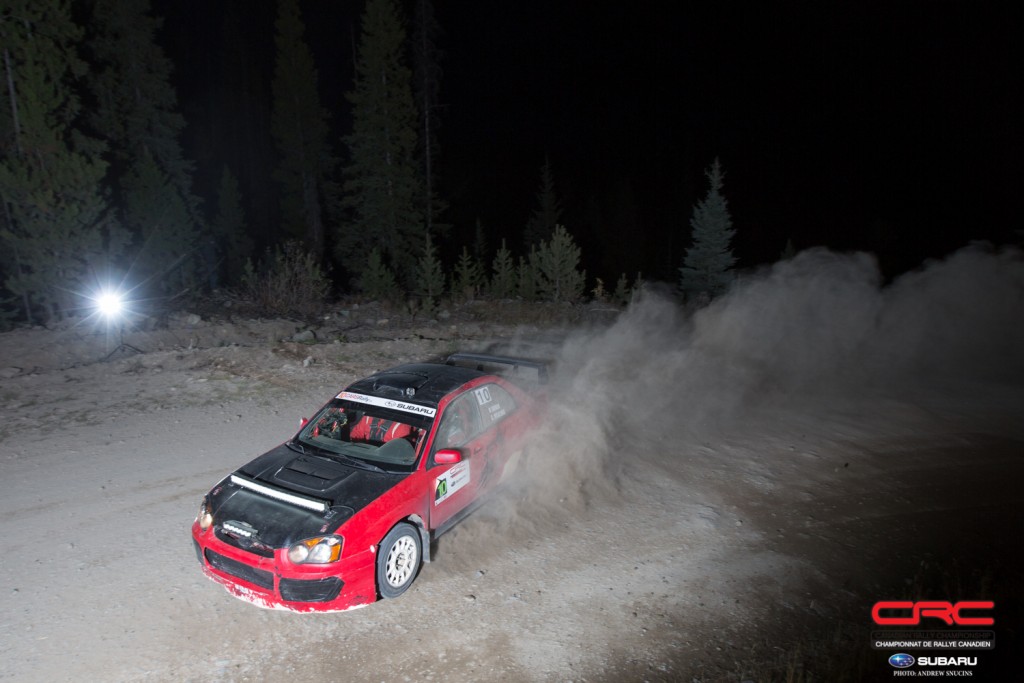 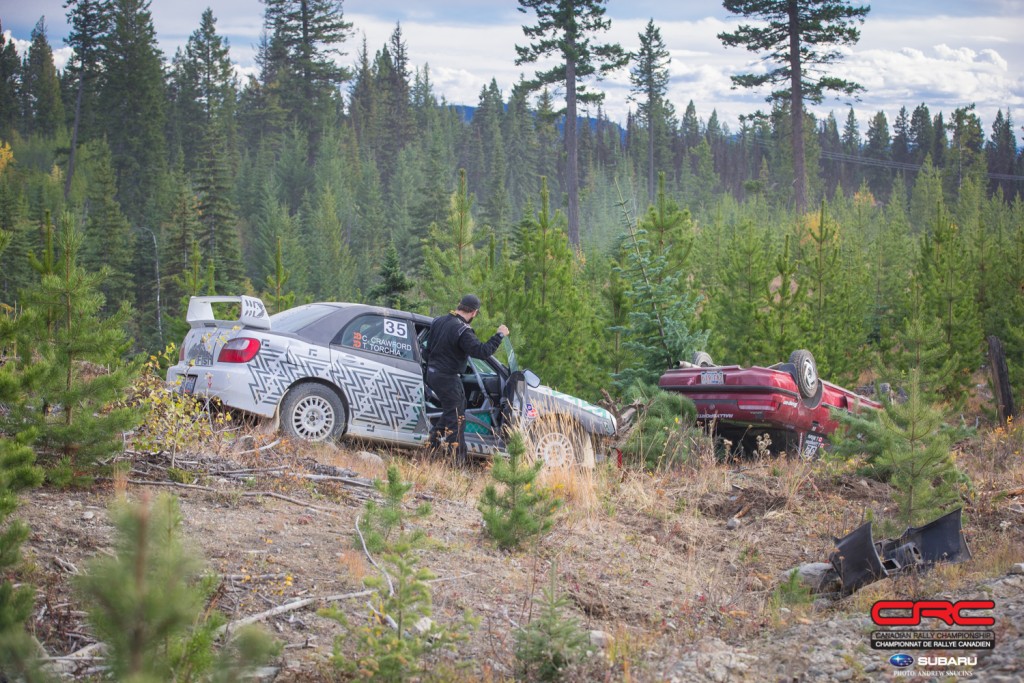 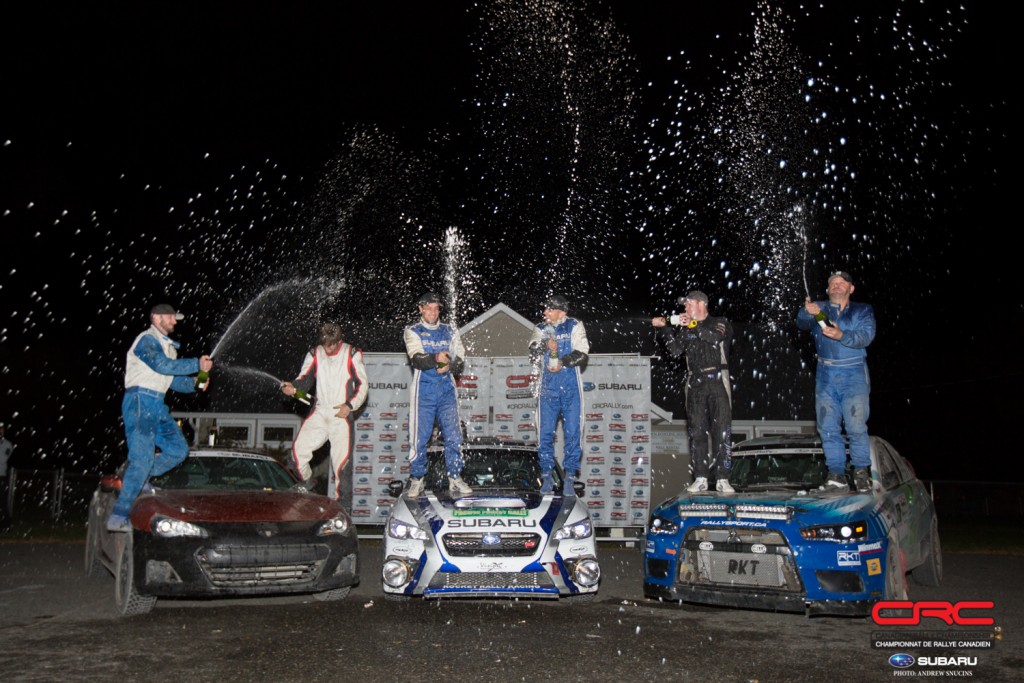 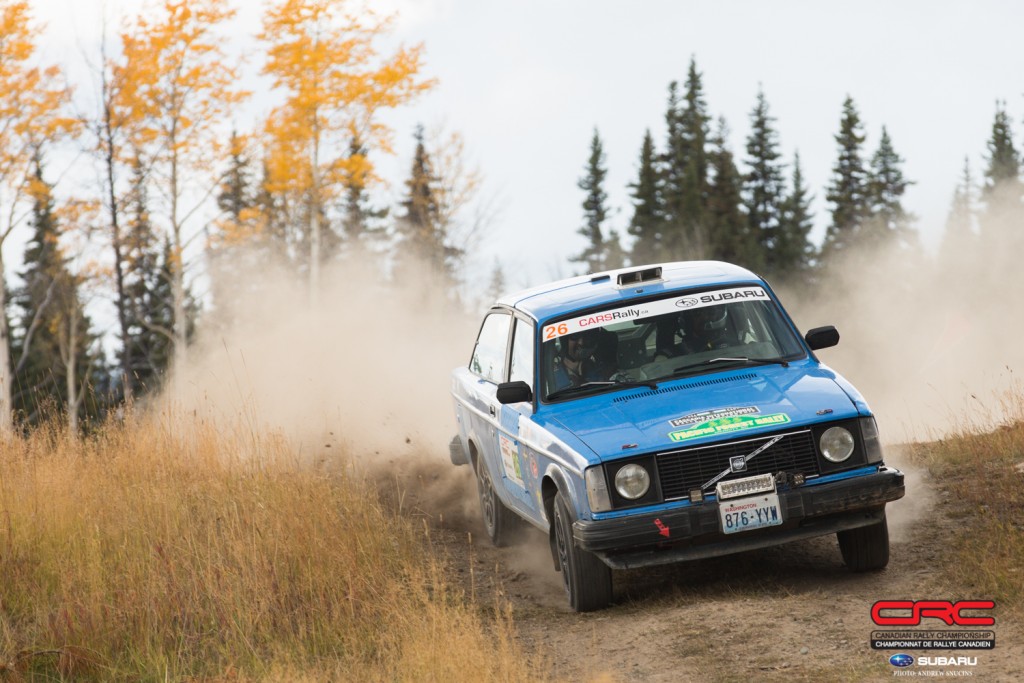 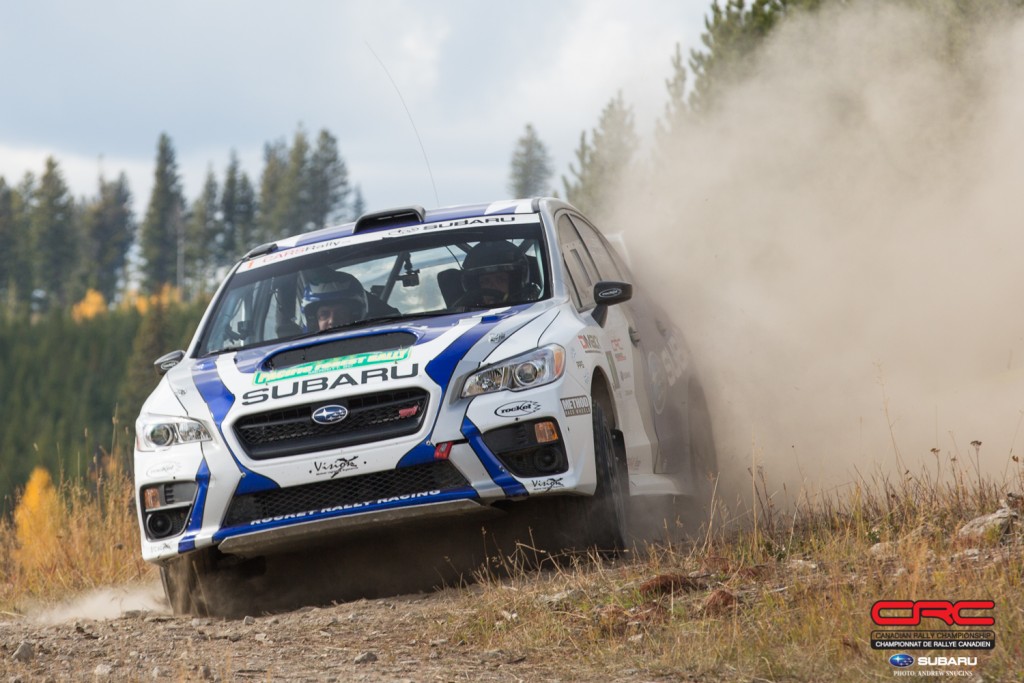