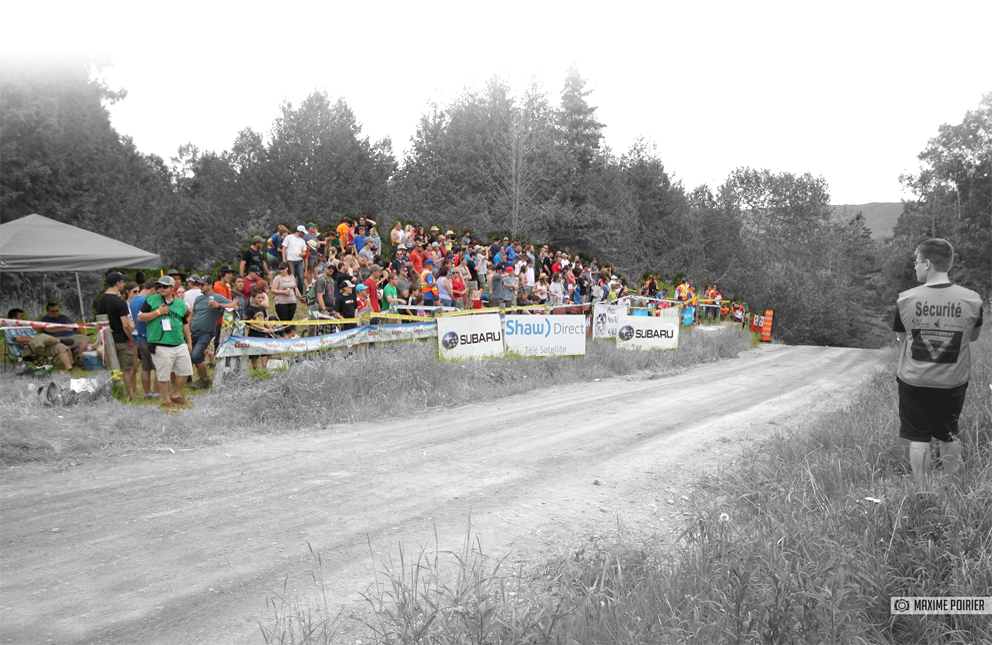 Rally fans are some of the hardiest spectators on the planet. They have to brave the elements to witness the challenges that the competitors face as they battle each other and the clock over the most demanding stages that the organisers can create.

The chance to witness the extraordinary talents of the drivers inevitably leads to an assault on the senses of speed and noise, not to mention the smell of hot oil and glowing brakes – for many this is what attracts them to the stages.

Each event will produce a comprehensive rally program that will contain information on the locations of the special stages, the times, entry lists and interviews and reviews on the stars and previous results.

Most important of all is the safety information– designed to keep everyone safe and ensure that we can all go home again after a great day’s fun and entertainment. The Championship and rally organisers will have done all the pre-event planning possible to identify the safest possible viewing areas for you. Please use them.

Please also listen to the marshals and follow their instructions. Similarly, please adhere to any instructions given by the safety cars that precede the rally cars. If you do not follow the instructions, you run the risk that the stage will be cancelled and you won’t get to see any rally cars at all.

Please remember that when a rally car is out of control, it could go anywhere. Expect the unexpected at all times and take full responsibility for your safety and that of others around you.


Pay Attention To The Banner Tape!

Make sure you keep the green banner tape between you and the stage road. This will keep you in the safest place possible. When the stage is active, remain standing and know where you’re going to run if something unexpected happens!

Some areas are riskier to be in, but you might see accredited media or event officials there. These people are familiar with the sport, are officially registered with the event, and are only in these areas if they need to be. Often these areas look safe, but the organsiers have identified a concern and decided to not let people watch the event from there for good reasons.

Absolutely no one is allowed behind red tape areas during the rally. These areas have the high probability of danger and are likely where the cars will go if they have a problem.

Listen To Our Volunteers!

Look for the people with the yellow, red, or blue vests around you. These are the people who are there to make sure you stay as safe as possible, we appreciate your listening to their advice and do as they ask. If you see someone who might be a hazard to themselves or others, let one of our volunteers know about it so they can address the situation quickly.

Watch For The Course Cars

Before the competitors are set loose on the stage, three ‘course cars’ drive through the stage to makes sure everything is safe and secure.

The cars are labeled 000, 00 and 0 and travel the stage in that order. Sometimes, on the second use of a stage, 000 may not run the entire road. These safety crews have the final say when it comes to safety and the stage will not run if they don’t think everyone is as safe as possible. Once Car 0 has passed, get ready for the excitement as the next car will be a rally car at speed!

At the other end of the pack you’ll see 98 and 99, a pair of SUVs or Trucks that ‘sweep’ behind the rally and possibly a medic crew. Only after the closing cars have passed will the volunteers be able to let you leave the spectator area.

The first five cars start the stage two minutes apart. After that, the cars start every minute. Depending where you are in the stage the gap between cars may have increased or decreased significantly. Never assume there is going to be time between cars. Competitors can also have problems and be delayed significantly. If you haven’t seen the course closing cars then you have to assume there will be more rally cars coming!

Because we’re rallying out in the woods and phone coverage is usually spotty at best, the events use a radio network that has radio operators placed at important points all along the route. The radio network’s primary role is to track the competitors and help the organizers quickly react to a missing car. However, the radio operators also relay information as needed to Spectator areas and other workers if there are delays during the event.

Be Ready For Anything

The hazards at a rally are a bit unpredictable, so stay on your feet, know your surroundings and know how to get out of harms way! It may not be just the cars you have to worry about, but something they might kick up from the road surface or some gravel spray as the push through the corners.