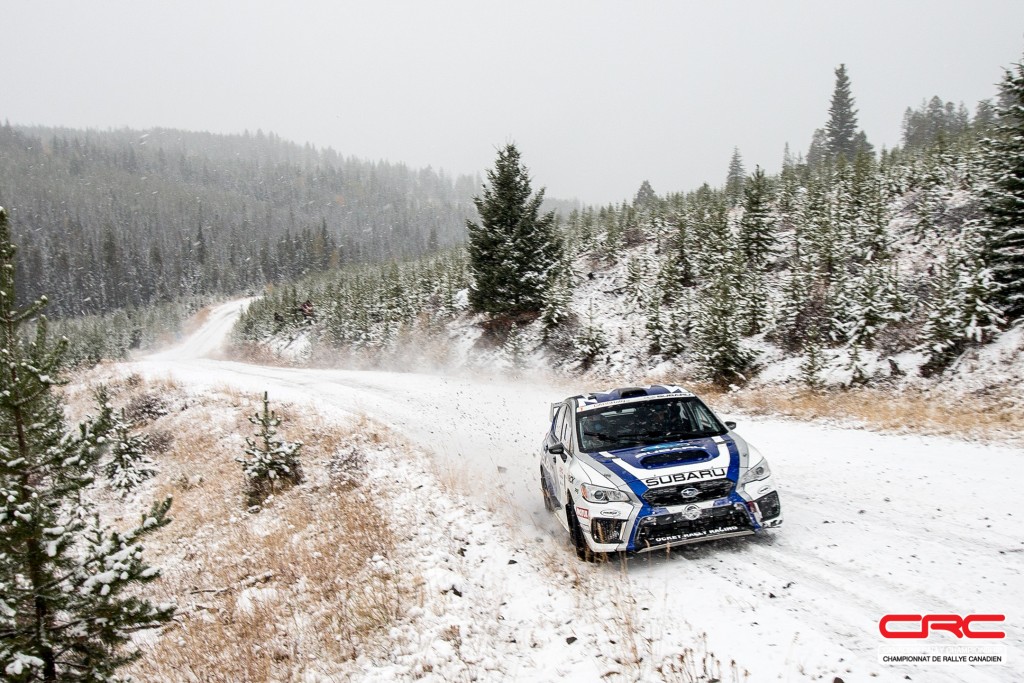 L’Estage and Ockwell race to victory at Pacific Forest Rally

L’Estage and Ockwell race to victory at Pacific Forest Rally

Antoine L’Estage and Alan Ockwell emerged triumphant after a day of dramatically varied conditions on the final day of the Pacific Forest Rally. Ice and snow characterized the morning stages, while the afternoon roads were all gravel.

L’Estage made an unusual mistake in selecting tires for the morning loop of stages, opting for gravel tires.

“We should have been on snow tires for this stage,” said L’Estage, waiting to start the second pass of the morning’s Missizula-Dillard stage. “It’s so sketchy trying to drive fast on the gravel tires.”

The choice cost L’Estage two stage wins, but was not a threat to his overall lead, as the top of the field all opted for gravel tires as well.

Following a mid-day service, teams once again went out for the final two stages, two passes of the new Spius stage. Conditions were warmer, and the road was clear of snow, allowing the first chance for teams to truly push the pace. It was here where L’Estage and Ockwell pushed the pace, taking a second a km from second placed Brandon Semenuk and John Hall.

“The rally was really difficult,” said L’Estage at the finish. “Tire choice was a big challenge and because conditions changed there really was no right answer. The car was strong and performed well for us.”

The victory also helps L’Estage and Ockwell in their championship hunt after a difficult start to the year. 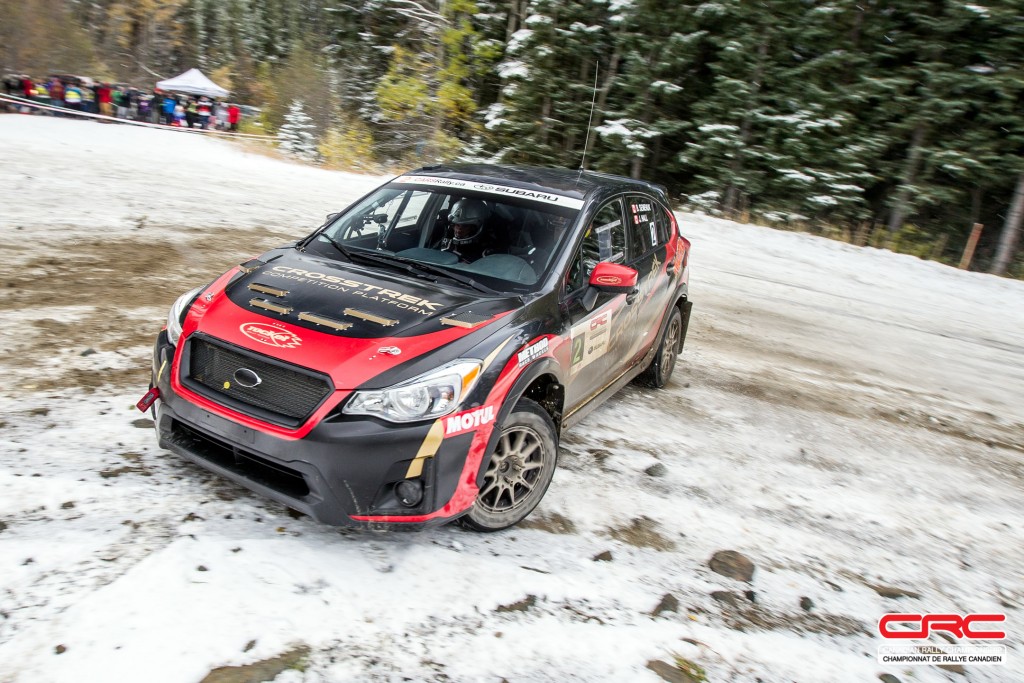 Brandon Semenuk and John Hall are continuing to prove that another victory is only a matter of time, pushing their pace at every event. The pair remained in striking distance to L’Estage and Ockwell for most of the rally, but once on the dry gravel of Spius, were unable to match Subaru Rally Team Canada.

“It’s fun to chase down Antoine,” said Semenuk. “I try to stay within a second a kilometre in terms of pace and we did that. I think we got the best finish possible this weekend.”

Conditions left many competitors at an impasse in terms of tire strategy, and how to pace their efforts. Teams wrestled with the unusual road surface as they tried to squeak out the most speed possible from their efforts and equipment.

“I’ve been to PFR a handful of times and it’s always dry gravel. The conditions yesterday and today made it really challenging for everyone.” 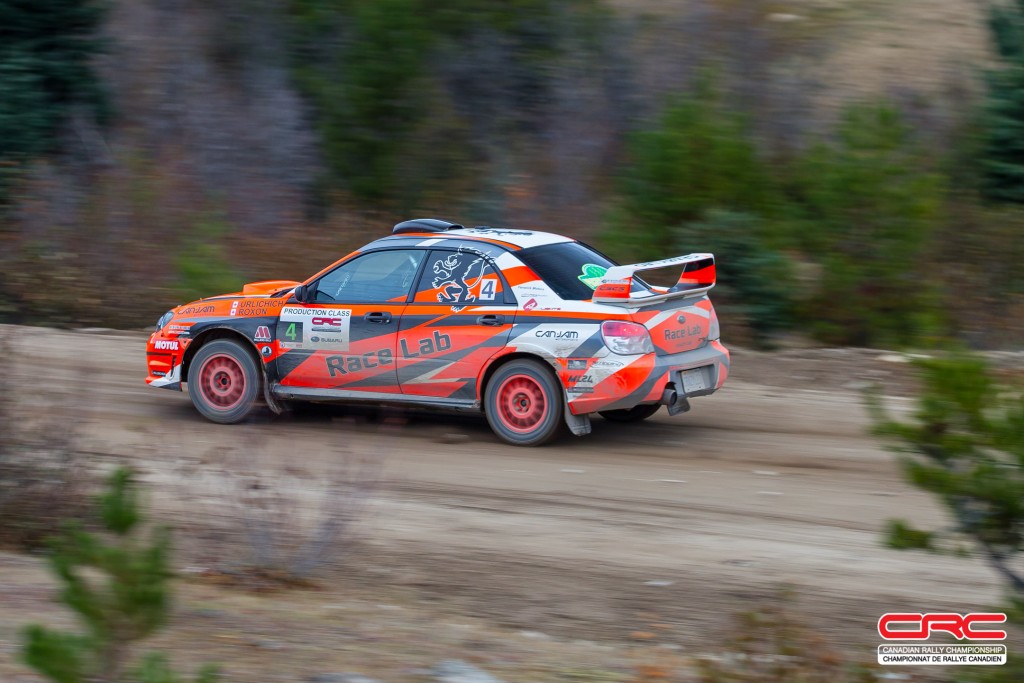 The difficult conditions advantaged a few teams, including Leo Urlichich and co-driver Sam Roxon. Running a Production Class Subaru, the team would normally be further off the pace had conditions been the typical dry gravel. Instead, slippery roads minimized the power differential between a Production and Open class cars. Once the competitors got to Spius, the gaps opened as expected, though Urlichich and Roxon were able to hold on to a third place overall.

“It was a lot of fun this weekend, even though the roads were difficult,” said Urlichich. “Sam is new to co-driving. I don’t think he’s ready yet to go flat out when we have a lot of grip, but he did an amazing job this weekend.

“Our goal here was to get points for the Production Class championship, but we really had to do that on a very limited budget. Can-Jam Motorsports really stepped up to make this happen along with some great people from Race Lab, and I’m glad Sam was able to co-drive as well as he did.”

Travis Nease and Krista Skucas put in a patient drive to claim fourth place. The pair came to the rally with really limited resources. They had only gravel tires, and no service crew.

“It was good to finally get on gravel at the end – that’s what I really wanted to be able to drive on, but these roads make good practice for Tall Pines in a month,” said Nease.

Vilnis Dimpers and Liga Kotane edged out Eric Pehota and Jennifer Daly to finish second and third in the Production 4WD class respectively. 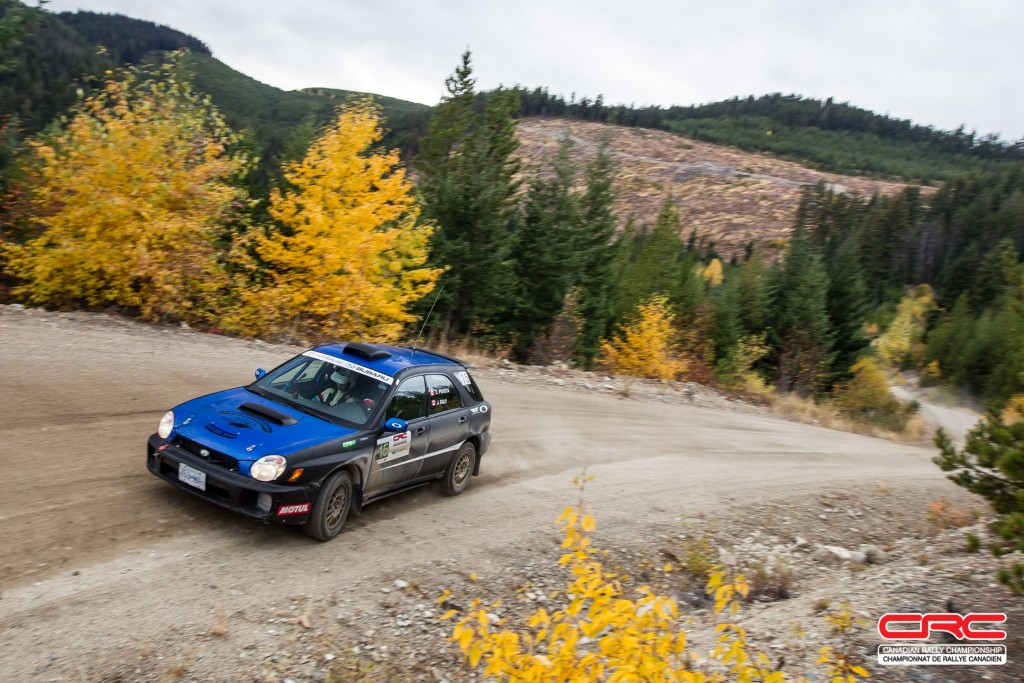 Seventh overall, were Dave Wallingford and Leanne Junnila. The two were leading the two wheel drive class at the end of the first day, it a tight battle with Jason Bailey and co-driver Shayne Peterson. Dave Clark and Jamie Willetts were on pace as well in the hunt for the class victory.

But the difficult conditions on the second day started to break apart the field. Tire choices saw Bailey and Peterson take a lot of time from Wallingford and Junnila early on day two in the ice and snow. However, Bailey’s snow tires didn’t hold up against the warming conditions, and a flat tire led to greater damage, sidelining Bailey and Peterson.

“We had a good event,” said Wallingford, who with codriver Junnila won the class battle at the end of the day. “It was a good battle with the other guys, in really difficult conditions. I think this may have clinched us the class championship.” 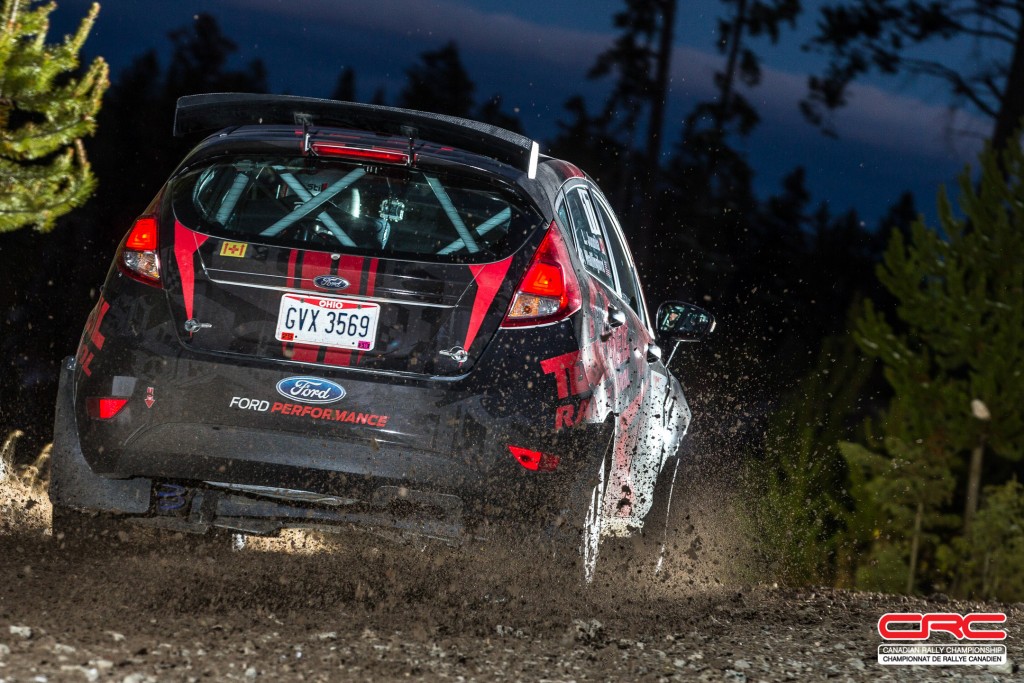 With Bailey sidelined, Clark and Willetts moved into second place, though the slippery conditions had left the team down off the pace, and the finished 11th overall. Nick Wood and Steve Stevenson rounded out the 2WD podium in their 1973 Datsun 1200. 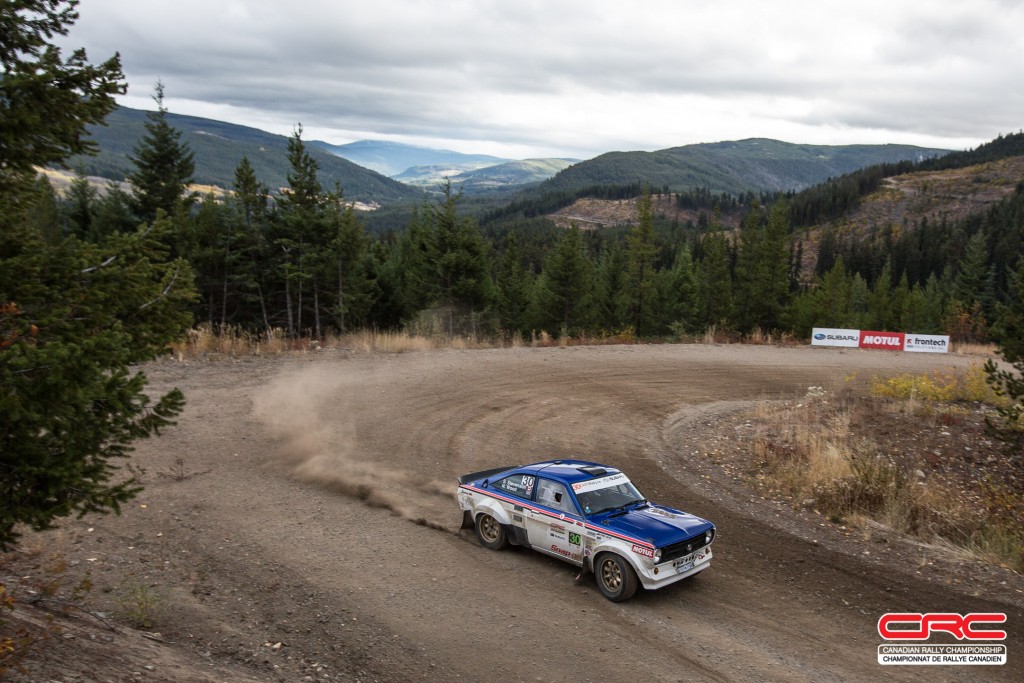 The results were enough to hand Subaru the manufacturer’s title with two events still remaining in the season. Subaru has swept the podium at three of the rounds of the Canadian Rally Championship this year – Rallye Perce Neige, Rallye Defi, and Pacific Forest Rally – illustrating how well these cars perform in the harshest of conditions.

The Canadian Rally Championship continues November 24-25, 2017 at the Rally of the Tall Pines, in Bancroft, Ontario. Follow the CRC on Facebook, Instagram, Twitter, and YouTube for news, profiles, and videos to learn more about your favourite teams, events, and the people behind the scenes that make it all happen. 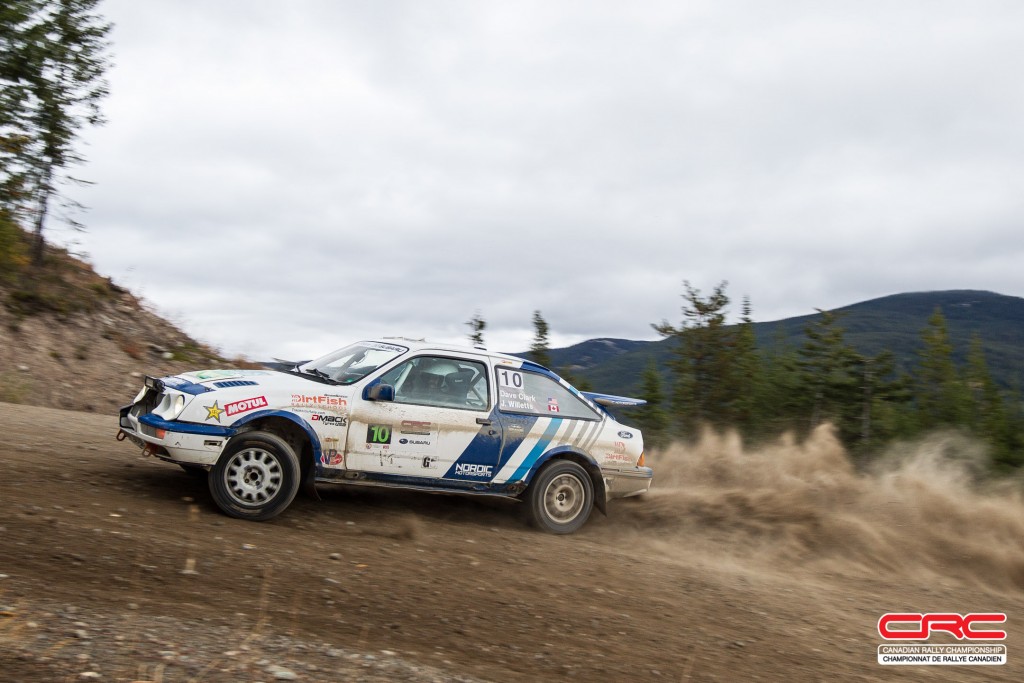 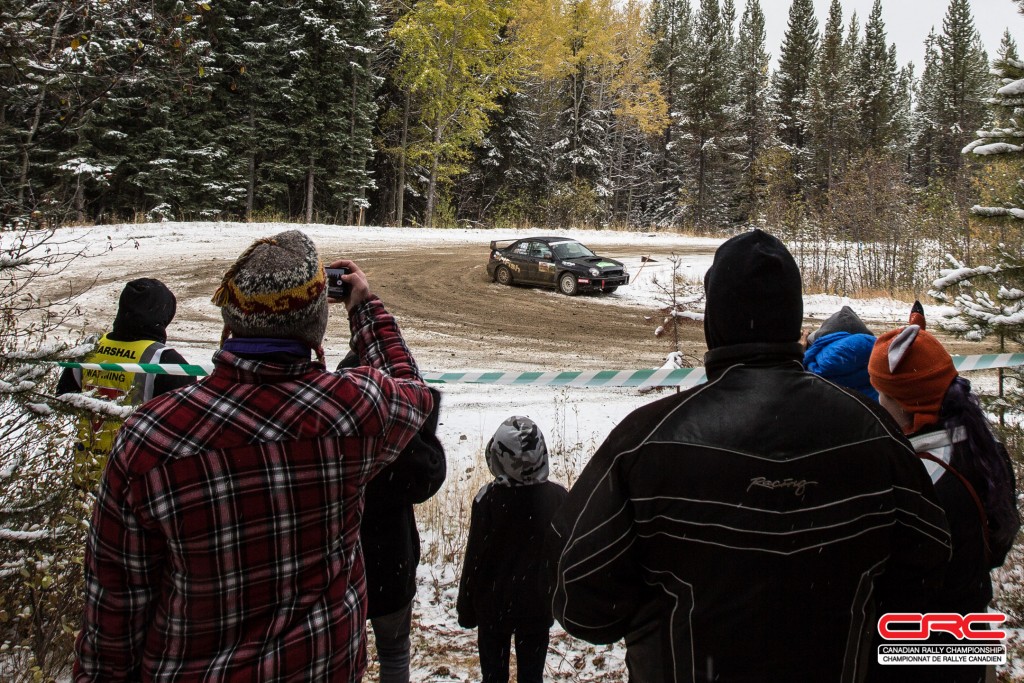 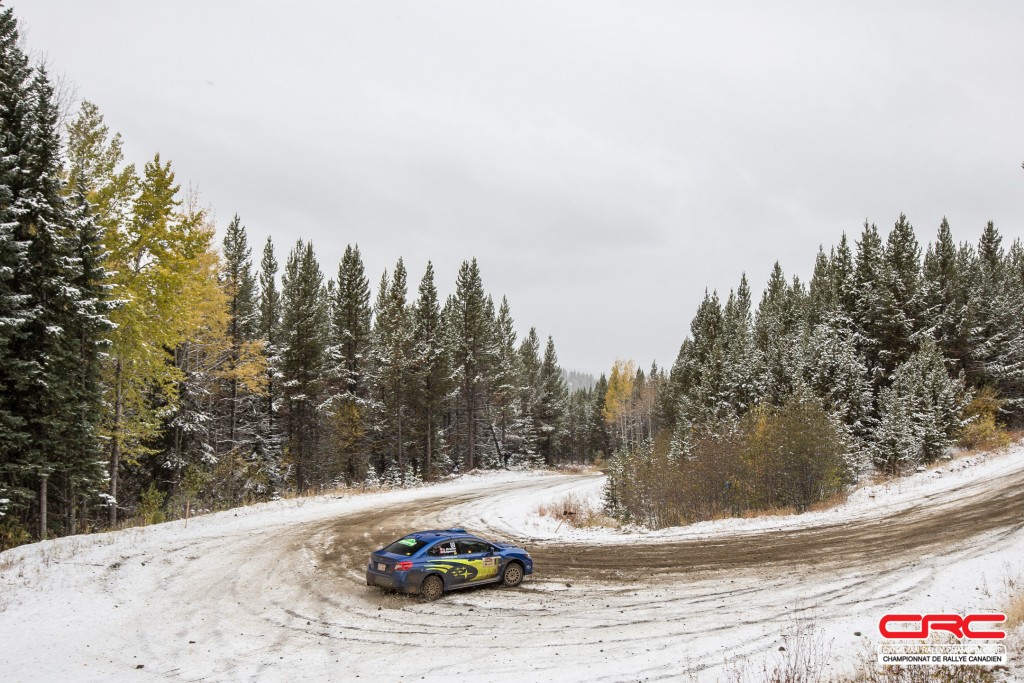 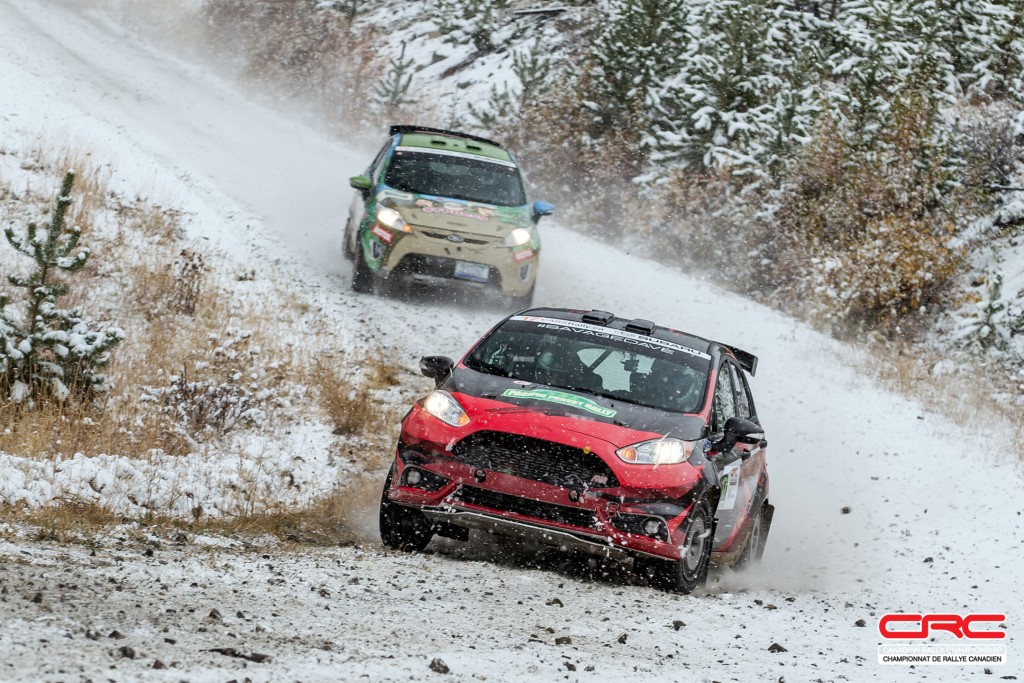 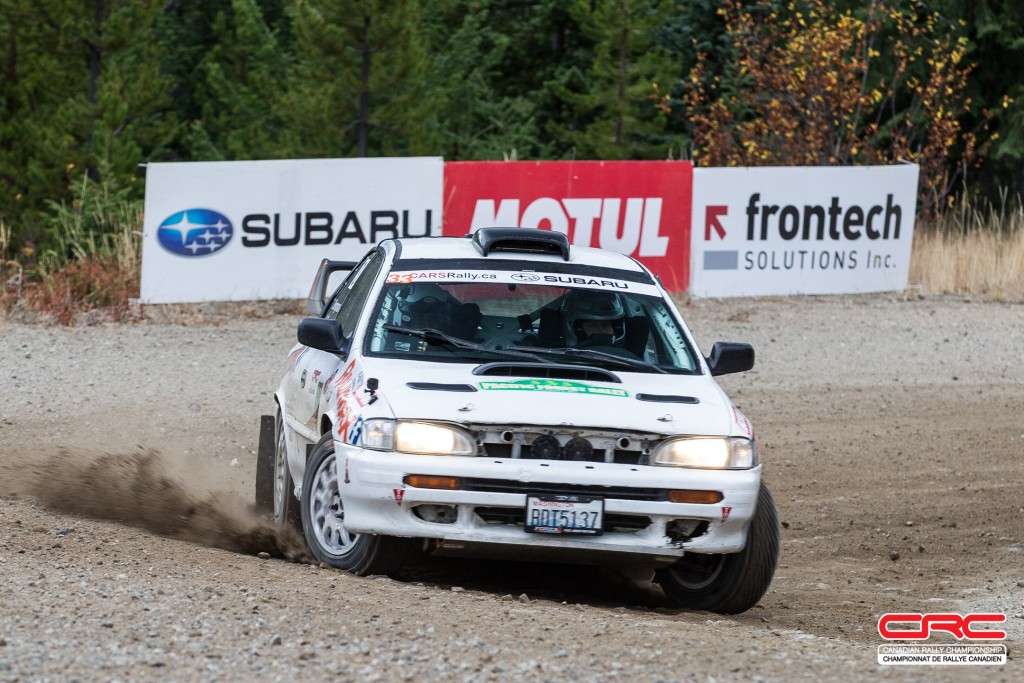 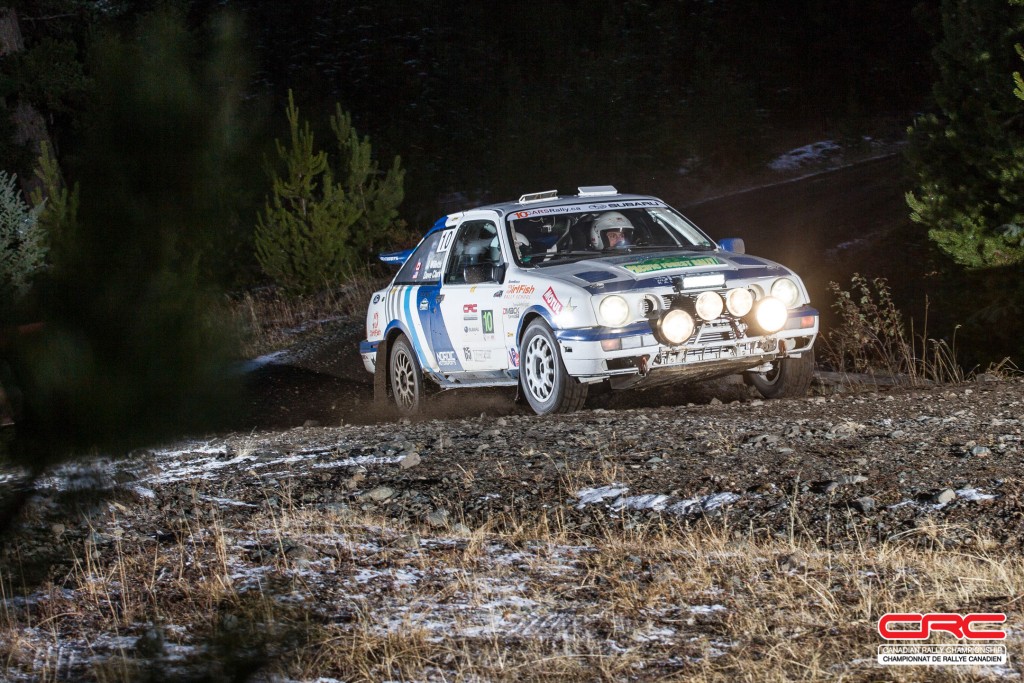