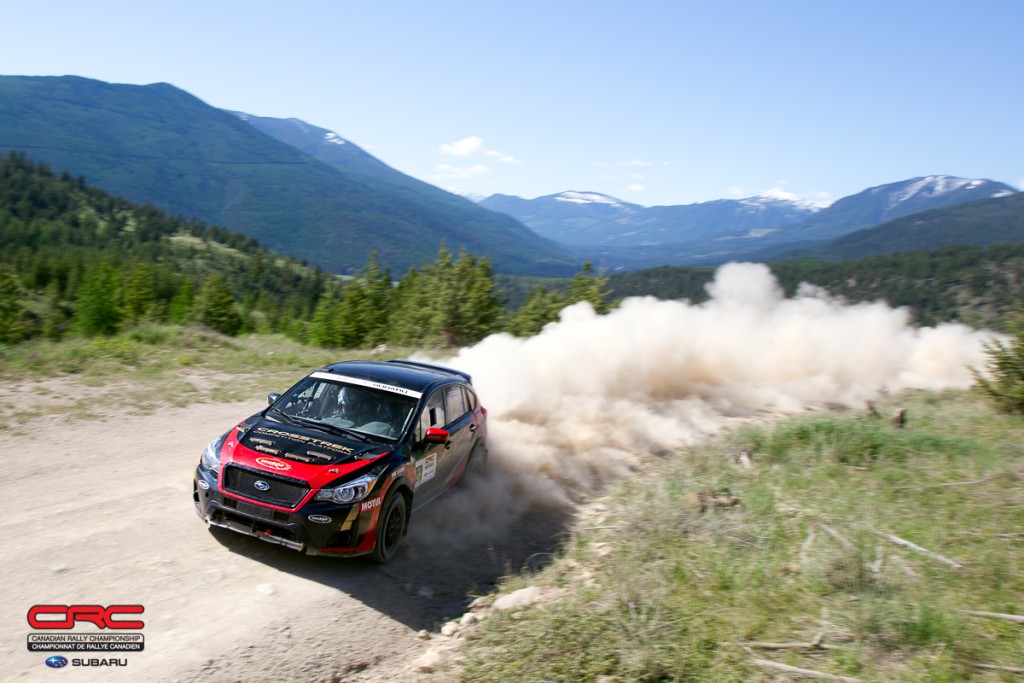 Brandon Semenuk and John Hall won an attrition-riddled Rocky Mountain Rally, in Invermere, BC, round two of the Canadian Rally Championship. This is Semenuk’s first national rally victory, and Hall’s first with Semenuk.

The pair had been winning the battle for second place when on the final stage, the rally leaders suffered suspension failure and dropped out of the event.

“I had a steady run today,” said Semenuk. “I knew Antoine had an issue when we started the stage. I expected he would be on the podium today because he’s had an insane drive all weekend.

“I thought he had it and then I saw him maybe 5km from the finish. We’re happy to win, but for the entire team, it’s bittersweet.”

Semenuk and Hall have been helping Rocket Rally to develop the new Subaru Crosstrek platform, and this victory shows that the car is ready to compete at the highest levels. 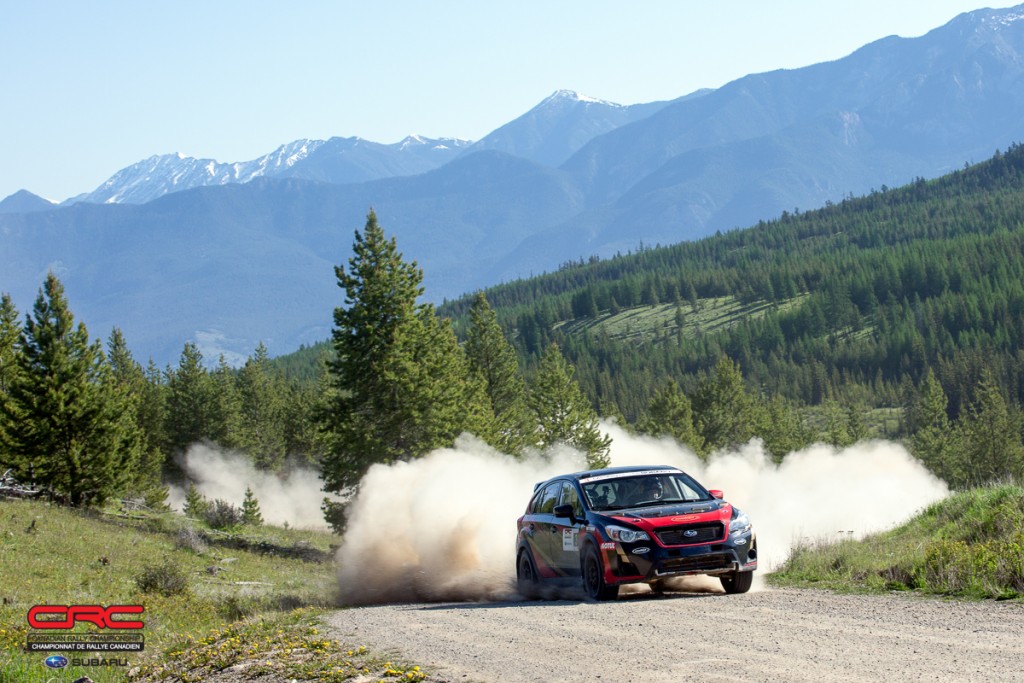 The conditions not only claimed the Subaru Canada pair of Antoine L’Estage and Alan Ockwell, but Boris Djordjevic and Martin Burnley as well. Djordjevic and Burnley had been pushing to catch Semenuk and Hall when a control arm broke and the car darted off the road.

Wim van der Poel and Bryan Lord finished second overall. The crew discovered a faulty brake line during the service on day one, and made the repairs. Without the fix, van der Poel said the team would have had big problems later in the rally.

“Today we did the same as yesterday, just drive,” said van der Poel. “But we didn’t have boost on the way up the first stage, so we took it easy on the way back down and then it was bad luck for other teams at the end.

“We don’t deserve it really, but we do. It’s awesome.” 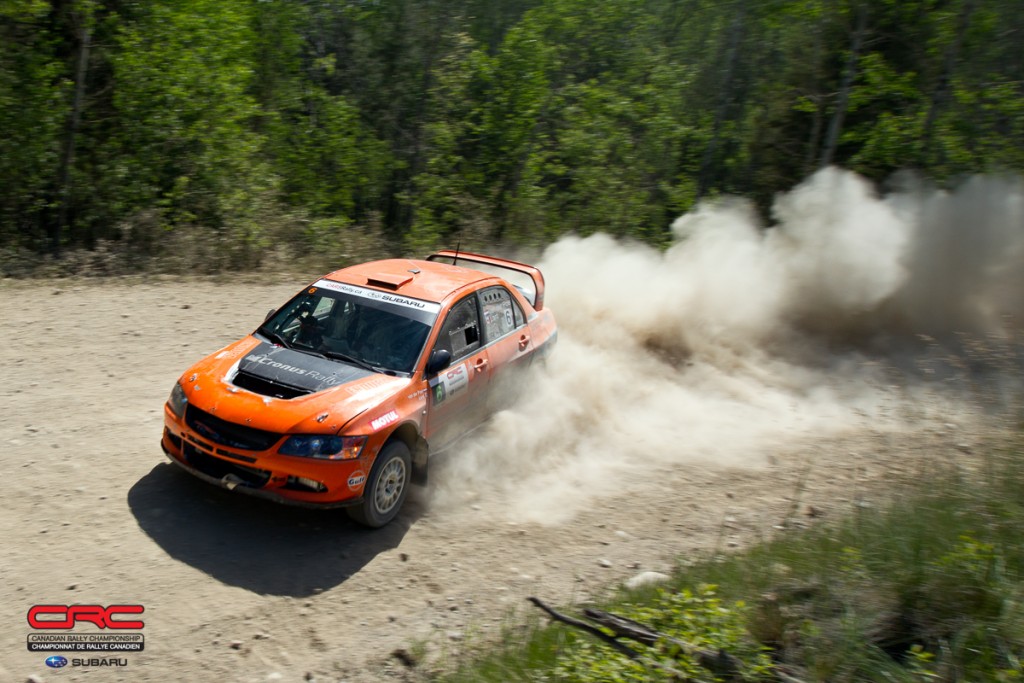 Third place overall went to Production 4WD winners Nicholas Spencer and Peter Brook. Although the pair took penalties on the first day, the local knowledge of these roads and smooth driving propelled them up the order into the final podium spot.

“I am very excited about this finish today,” said Spencer. “Luck was on our side, and we were able to pull out a third place finish, which is our first podium. This was also the first time we’ve ever started in the top ten.” 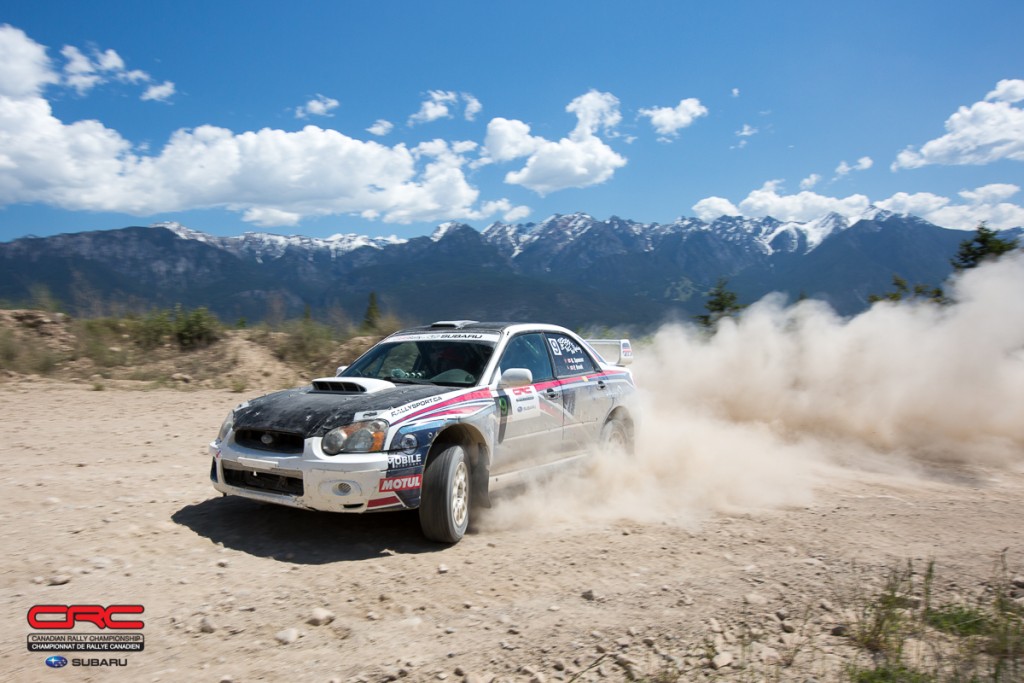 “Fighting the heat all weekend helped keep me tidy – well, tidier – and that may have been our saving grace,” said Clark, who can sometimes struggle with reliability. “The left-foot braking thing was foreign to me. Even in a rear wheel drive car, it’s fantastic. I am a believer.

“If I had known how important driver training would be when I started, we’d have gotten this victory a lot sooner.”

Clark’s speed resulted in a fourth place finish overall, 20 seconds away from the overall podium. 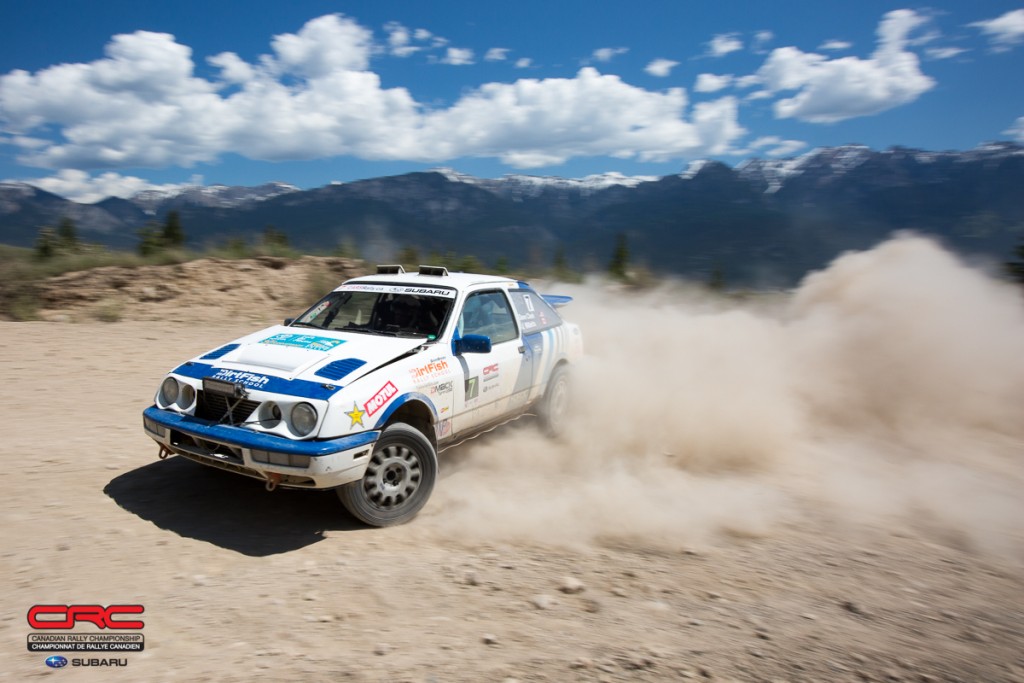 Just behind Clark were Eric Grochowski and Leanne Junnila. The pair had been leading Production 4WD at the end of the first day, but in an older, and less powerful car. Despite strong efforts on the downhill stages where power is less important, they were unable to hold onto their class lead, finishing second in Production, just 30 seconds from the overall podium and class winners Spencer and Brook.

Third in Production went to Eric Pehota and Jennifer Daly. 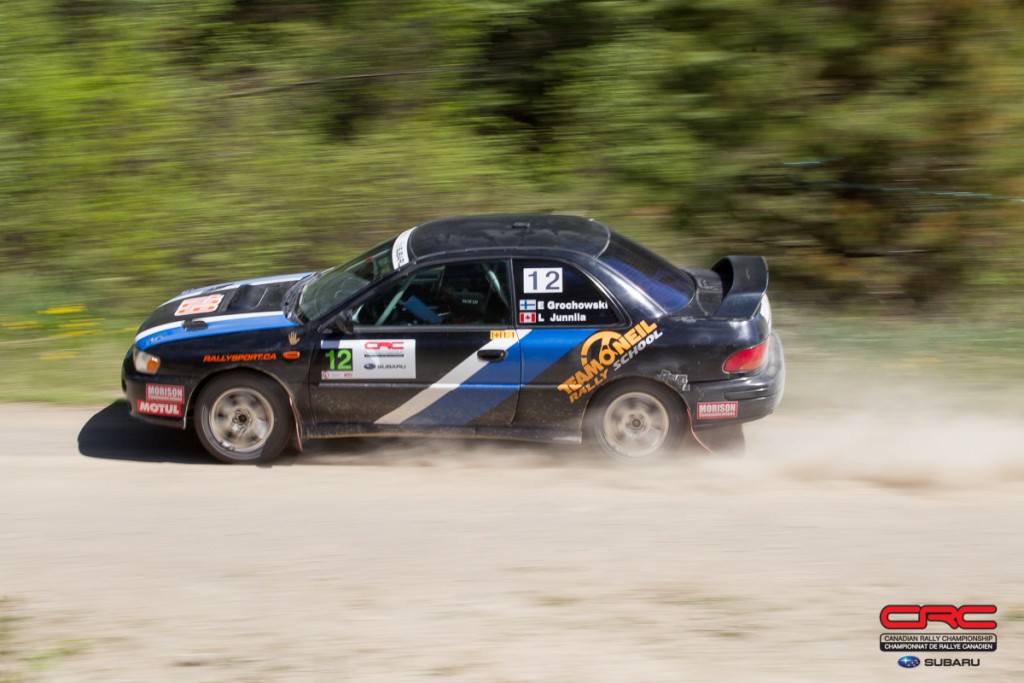 Graham Bruce and Patrick Levesque finished second in two-wheel drive in Bruce’s Porsche 911. The car can often be quite tail happy, but in the grippy road conditions the rear-engined car was driving clean lines all event. 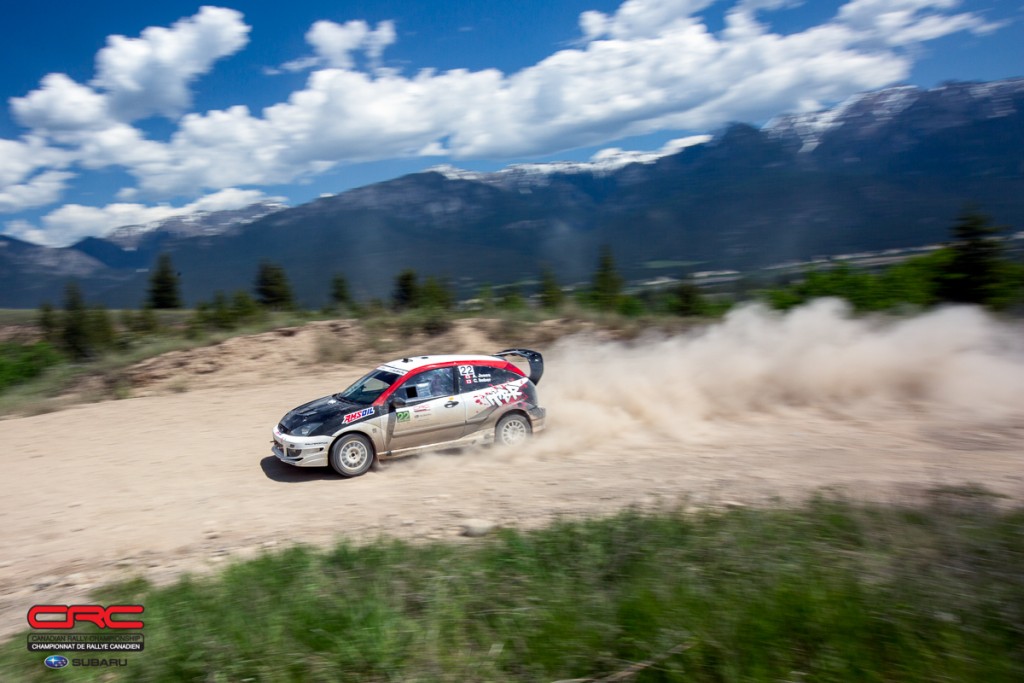 Antoine L’Estage and Alan Ockwell discovered a suspension problem in the final stages, and attempted to make field repairs to hold together to the finish. However, on the final stage, the team hit a compression, and the suspension failed, sending the car off the road and into an embankment. Both L’Estage and Ockwell were uninjured, but the second DNF in as many events puts extra strain on the team in their bid for the 2017 Canadian Rally Championship title hunt. 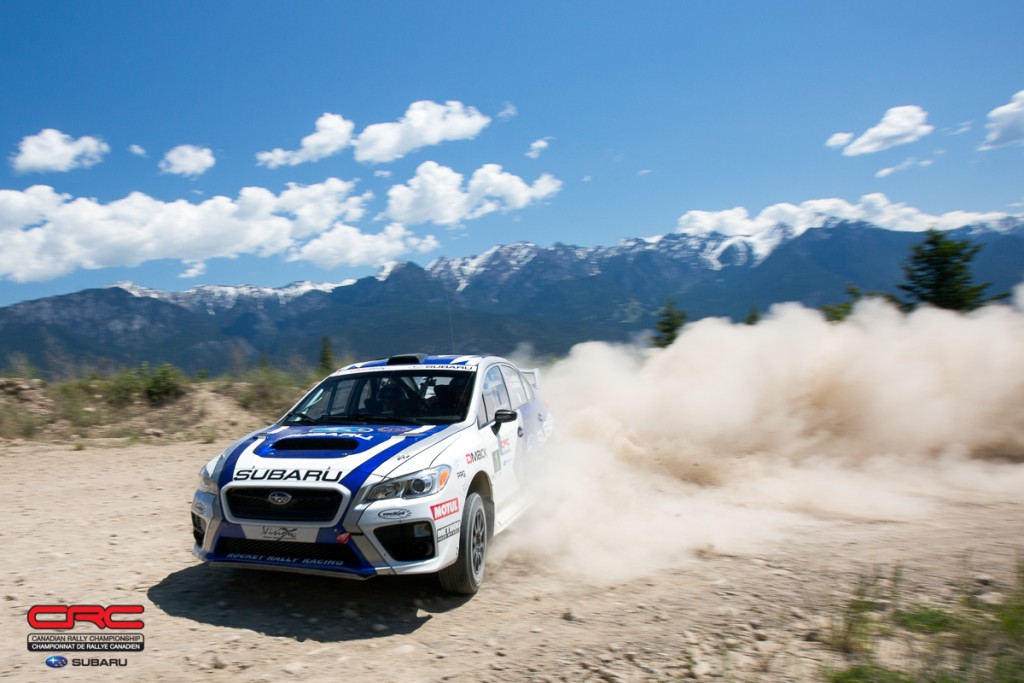 The season continues at the Rallye Baie des Chaleurs, June 30 – July 2, 2017, in New Richmond, Quebec. Fast roads, big jumps and huge crowds are hallmarks of the easternmost event in the Canadian Rally Championship. Be sure to follow all the excitement here, and follow the CRC on Facebook, Instagram, and Twitter.

Full results can be found here. 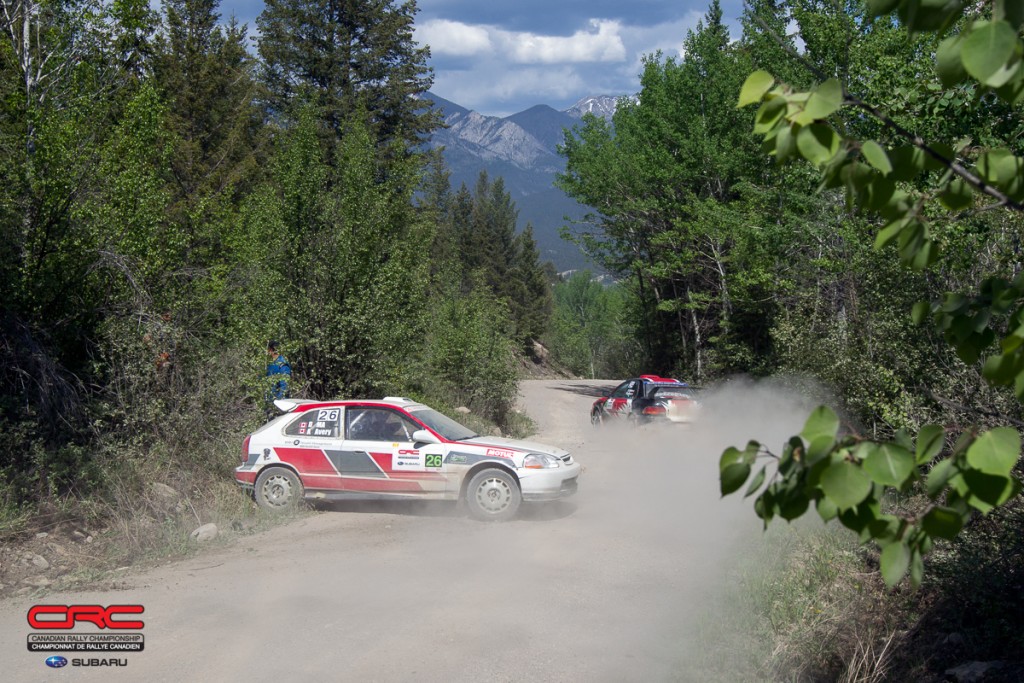 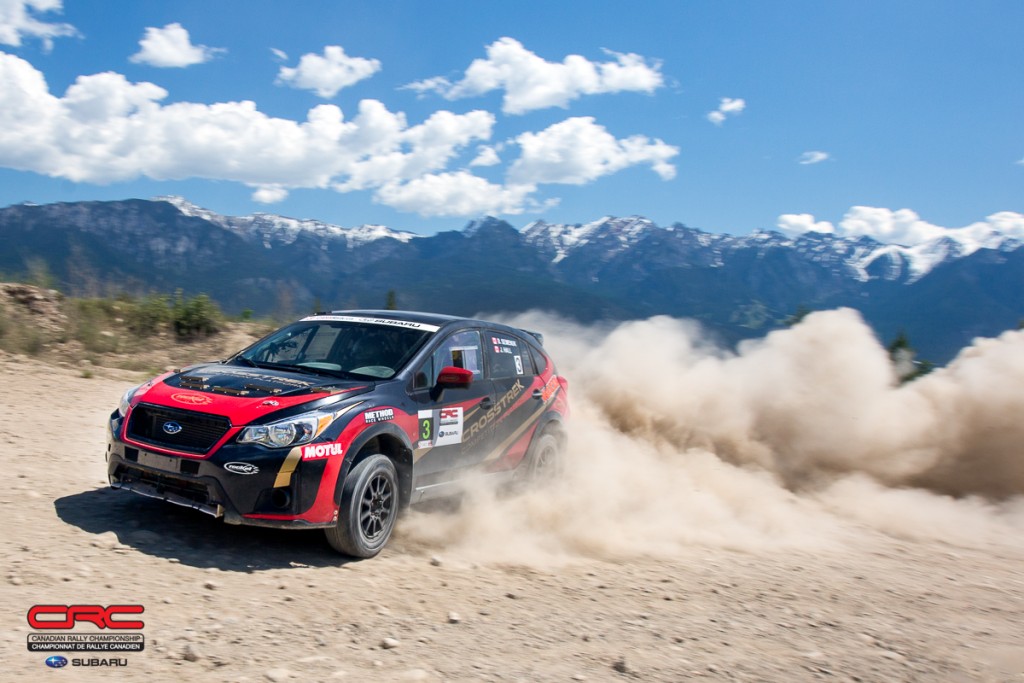 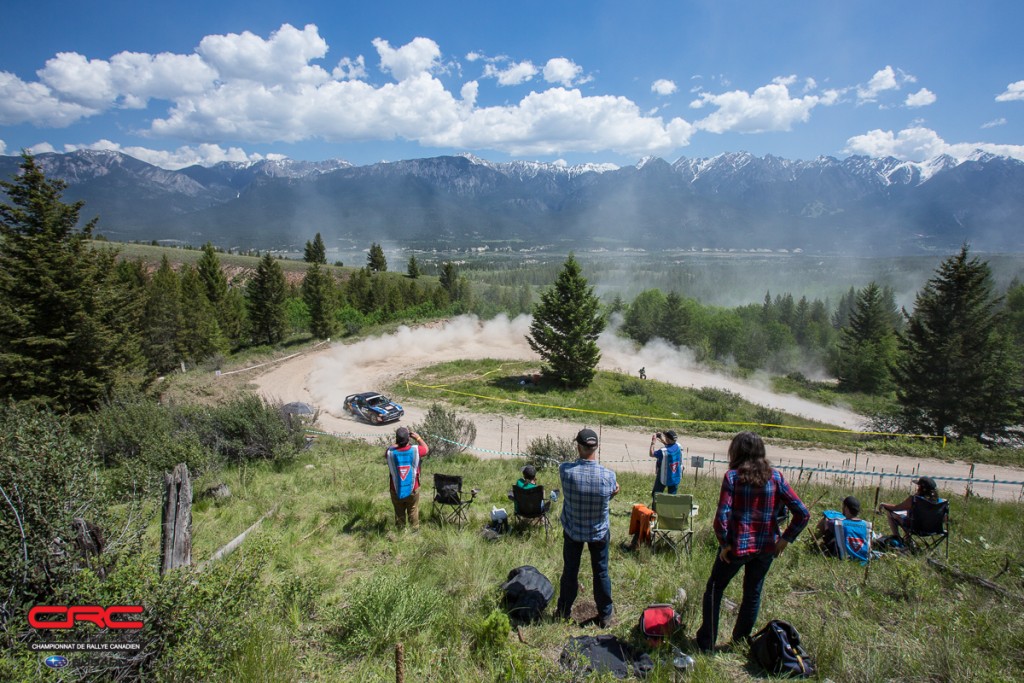 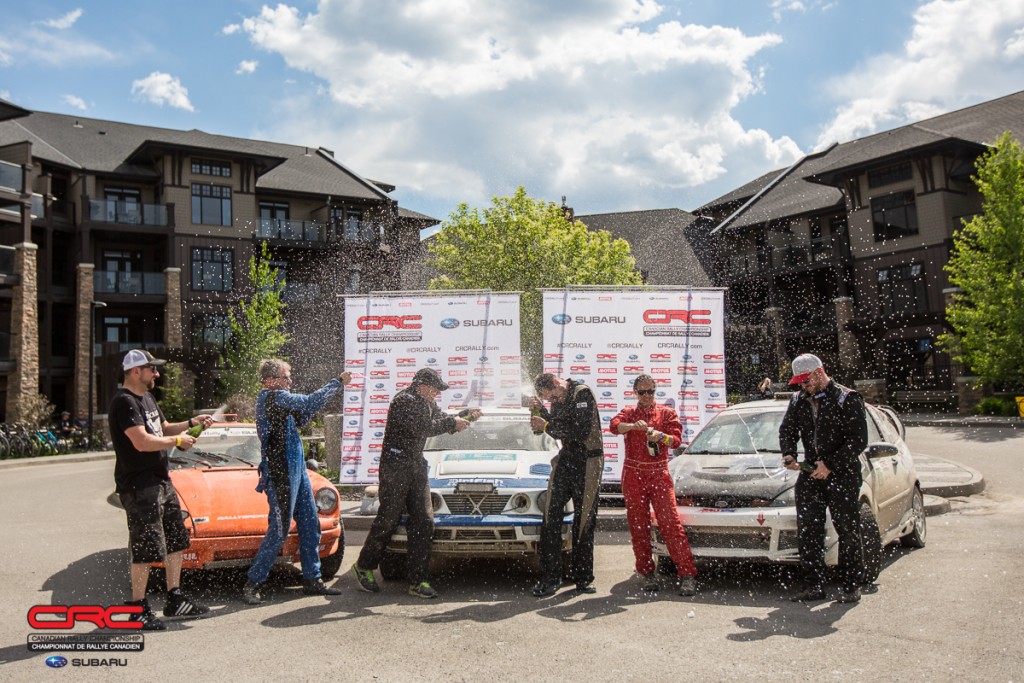 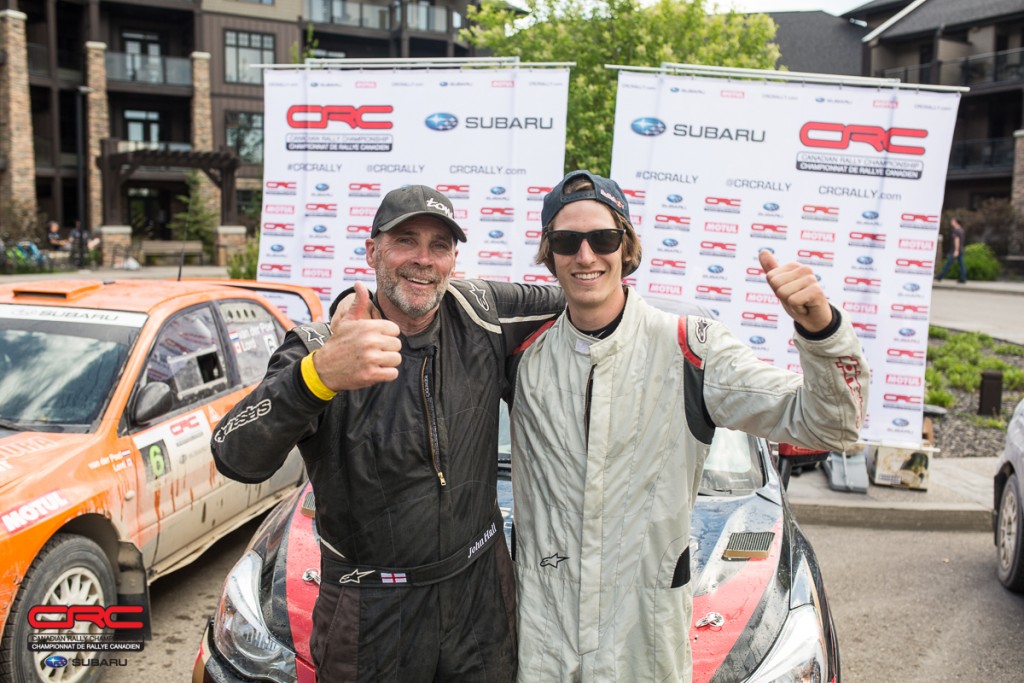