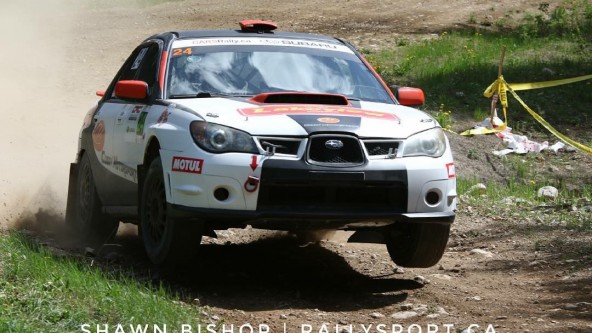 Starting with his first rally, PFR 2012, Peter has been competing as a co-driver on the western circuit. Having worked with a number of drivers in various cars over the years, he currently works with Ryan Cuddy, of Cuddy Motorsports, running a Production 4wd class Subaru through 2018, with an Open class car currently in the works for the 2019 season.

Peter calls the windy city of Lethbridge, Alberta his hometown, a city of approximately 90,000, settled only 1 hour from the Crowsnest Pass of the Rocky Mountains, and 1 hour North of the US border. Starting his racing career off running local autocross events, it eventually evolved into rallycross, ice racing, and TSD rallies. One thing led to another, and he soon found himself in the silly seat for stage rally, being hurled toward trees in a forest… and he wouldn’t have it any other way.