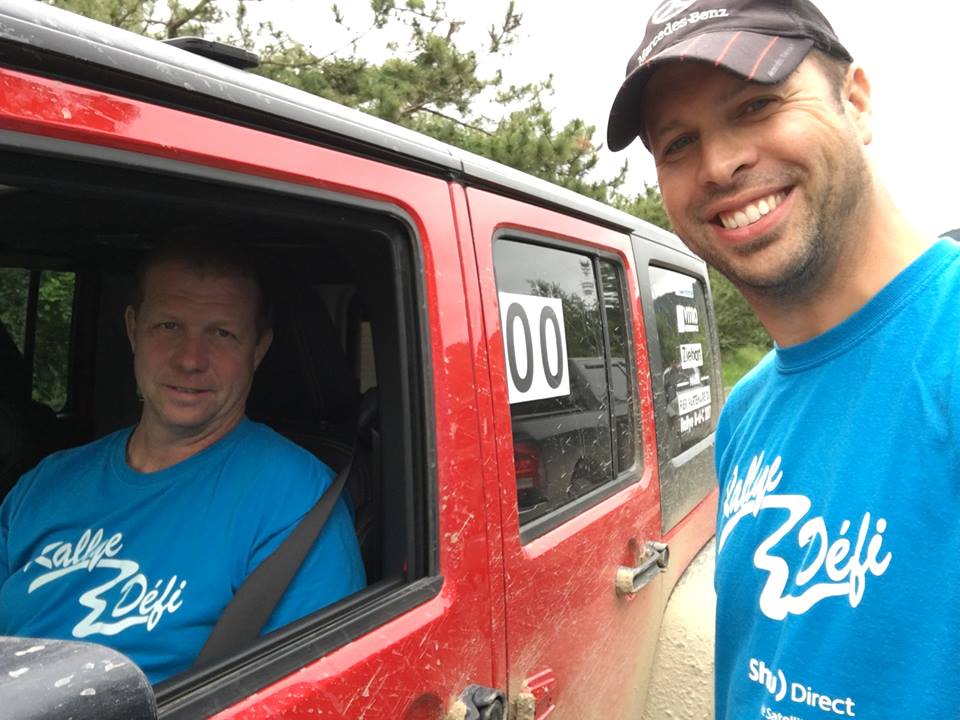 The Canadian Rally Championship relies on the efforts of dedicated volunteers to help run events. We spoke with Mathieu Arsenault, the Marketing, Sponsorship, and VIP co-ordinator for the upcoming Rallye Défi, to hear how he got started in rallying, and why he continues to be involved.

CRC: What’s your background in rallying?

MA: I have been competing in Rally cross and spectating at different events, including Baie des Chaleurs, Charlevoix, and Rallye Défi for the past 10 years. I’ve been involved in the organization of Défi with Marketing, Sponsors and VIP for five years now.

CRC: Tell me about this year’s Rallye Défi.

MA: We’re looking forward to a great 25th edition with the headquarters based in Montpellier, Quebec for both days. We are on pace to get close to 40 competitors for the event coming from coast to coast and even the USA.

The event has a strong schedule with 21 stages, including two main spectator zones. The first is at the Carrière Lirette spectacular spectator stage with three chances to watch teams race through the quarry. The Monptellier stage is a mix of asphalt and gravel with a spectator zone in the heart of Montpellier right next to the service area. It’s a must-see. Both spectator areas are free admission.

We have an excellent VIP spectator program that includes a shuttle bus, a knowledgeable host, food and drinks, exclusive spectator zones, even VIP access with rally teams. Tickets are $115 for one day or $210 for two days. The host will be Marcel-Paul Raymond – a 30 rally-season veteran.

CRC: Why do you love rallying?

MA: It’s the purest sport of racing. Smell of racing fuel in the woods. The sound of crazy rally cars breaking the silence while waiting in nature. And also the sense of community with the competitors. And for sure…the jumps, the drifts …on gravel, asphalt and snow. It’s really an amazing sport.

CRC: What rally have you never been to but most want to see?

MA: The next one I’d like to see is the Rally of the Tall Pines or Rallye Perce Neige. I’d eventually like to get to a WRC event as well.

CRC: What is the best part about volunteering at a rally?

MA: My favourite part of volunteering is that you get very close to the action. You go to different parts of the rallye that only few people can access. You also get very close to the competitors. Shaking hands with Canadian champion Antoine L’Estage, helping out different crews at services, taking care of the VIP hosts and just listening to their crazy rally stories. It’s good times.