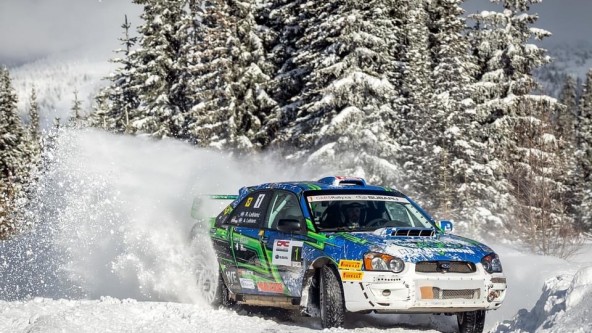 Rallye Perce-Neige de Maniwaki is the first event of the Canadian Rally Championship season taking place in Maniwaki, Quebec. Teams and fans can expect a true winter rally with more than 200 stage kilometers in the Northern Ottawa Valley, mostly in the challenging Forêt de l’Aigle.

Teams arrive and spend one day of recce followed by one day of rally in some of the most amazing snow-covered roads in North America.

For over 50 years, the Lincoln Electric Rally of the Tall Pines in Bancroft, Ontario...
Mailloux wins rally of attrition at...

Survival was the name of the game at Rallye de Charlevoix, round five of the...
The retirement of the CRC Series...

The Canadian Association of Rallysport (CARS) is announcing the retirement of Terry Epp, our National...
Levac charges to win at Rallye...