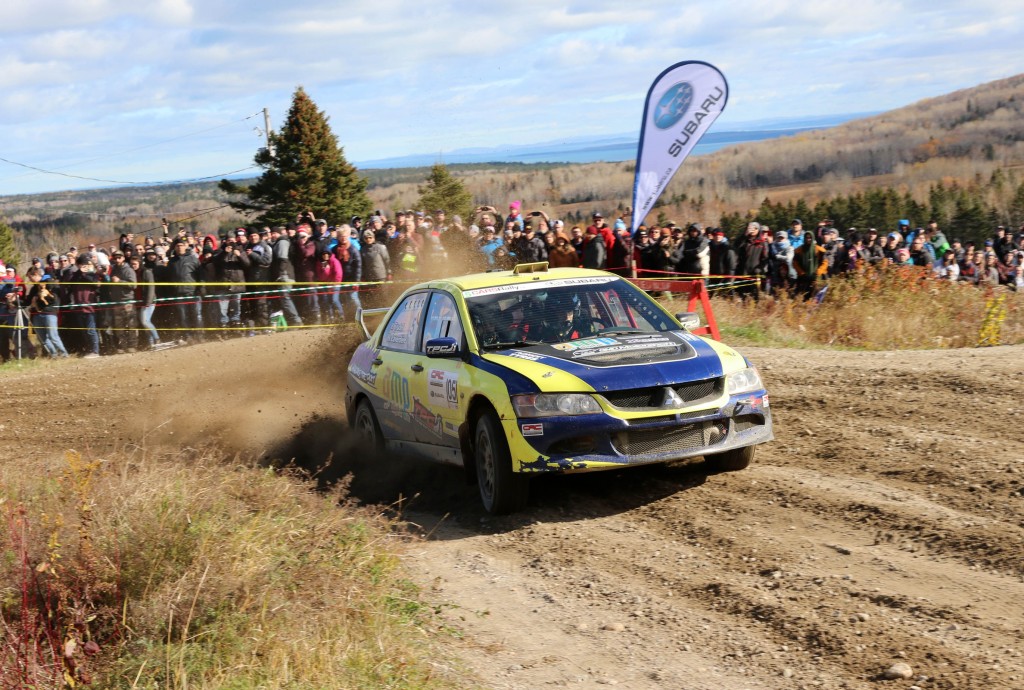 Under a magnificent autumn sun, the 2019 edition of the Rallye de Charlevoix was held in front of thousands of cheering fans who came in even greater numbers than in previous years to watch the competitors running the timed stages in the towns of La Malbaie and Clermont.

However, the real battle for CREC victory, involving four teams, took place during the stages held in the nearby forests. Leader of the event at the end of the first stages, the Laverdière/Trudel duo was never able to relax for a second as it faced a very stiff challenge from Mikaël Arsenault/Amélie Bélanger (Subaru WRX STI) and Jérôme Mailloux/Dave Cyr (Ford Focus 4WD). Halfway through the rally, less than a minute separated these three teams with David Bérubé/Marilou Leblanc (Subaru WRX STI) not far behind, also in the hunt for overall victory.

The second loop of the forest stages and the two Super Specials in Clermont did not change the running order with Laverdière and Trudel maintaining their lead until the end, while Arsenault/Bélanger were forced to retire with mechanical problems. Nicolas Laverdière and Vincent Trudel claimed their first CREC victory, beating Mailloux/Cyr by 1’09” and Bérubé/Leblanc by 2’05”. Laverdière and Trudel were delighted to have won the event after a nine-month break away from competition as the last rally they competed in was the Perce-Neige at the beginning of the year! In addition to their success in CREC, they also captured victory in all categories (North American Cup and Canadian Championship) and Quebec Series. 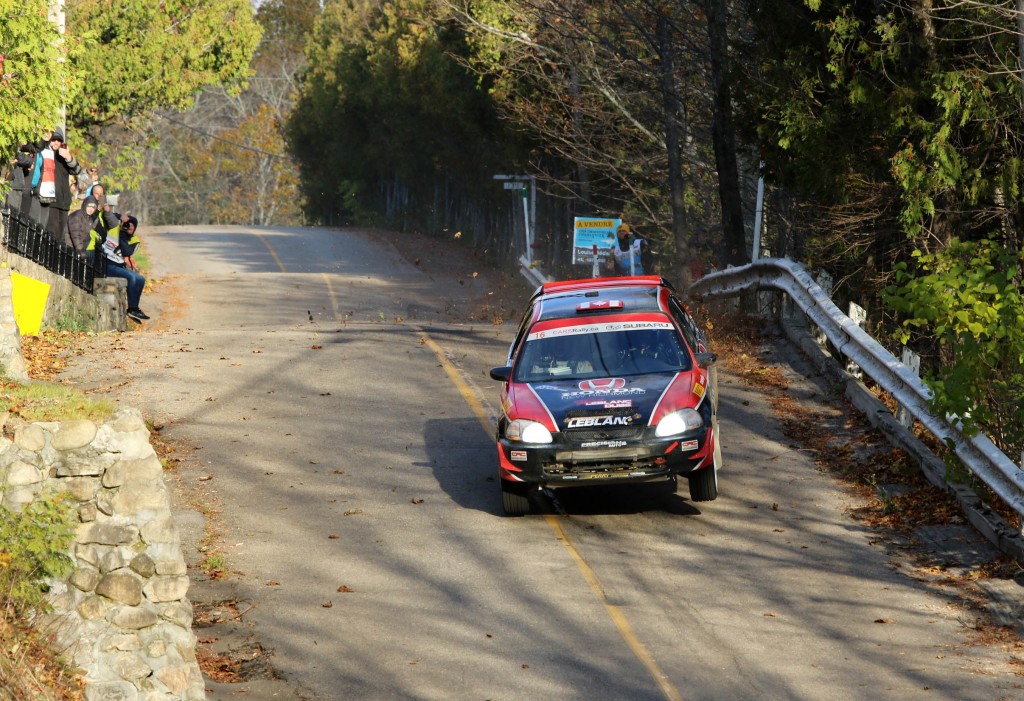 Simon Dickner and Pierre-Luc Lagacé (Subaru WRX STI) captured fourth place overall. Running a fast and steady pace during this Charlevoix Rally, which has sometimes caused them some fears in the past, Dickner/Lagacé finished ahead of Mathieu Leblanc and Éric Dubé (Honda Civic), the winners in the two-wheel drive category. Philippe Benoît and Jonathan Desgroseilliers (Mini Cooper) were the early leaders in this category before falling down the order due to mechanical problems. They eventually finished fourth in the two-wheel drive category and 12th overall in the CREC. Leblanc/Dubé never put a foot wrong and took the lead from the second stage, only to continue to increase their lead afterwards. They also finished ahead of several four-wheel drive cars in the overall standings.

Claiming a Top 6 finish for his first participation in Charlevoix in 15 years, veteran Yves Barbe, co-driven by Ian Guité in a Subaru WRX STI had the satisfaction of having run with the top competitors in an event dear to his heart. One of the most cheered drivers by the spectators, Barbe finished ahead of Stéphane Hudon/Julien Cyr (Subaru WRX STI) at the end.

Sébastien Clark/Yanick Marin and Olivier Martel/Vincent Hubert, both in Subaru WRX STIs ended the event 8th and 9th, respectively. They had other ambitions at the start of this 2019 Charlevoix Rally, but Martel/Hubert suffered from mechanical woes at the very first moments of the La Malbaie special which quickly ruined their chances to climb on the podium.

Completing the CREC Top 10 was newcomer Pascal Besse, co-driven by Nicolas Tousignant in a Porsche 911 SC (a 1979 model which also made its debut in competition!) Besse keeps only good memories from his first participation in a rally in front of his fans. Consistent despite their inexperience, the Charlevoix natives also finished second in the two-wheel drive category ahead of another local team made of Richard Bouchard/Guillaume Poulin (Ford Fiesta). Twelve of the 17 crews entered in CREC have reached the end of the rally.

The Eastern Canadian Rally Championship (ECRC) consists of eight rounds, spread out between Ontario, Quebec, and the Maritime provinces. The Rally of the Tall Pines in Bancroft, Ontario will be the final event of the 2019 season on November 23rd.