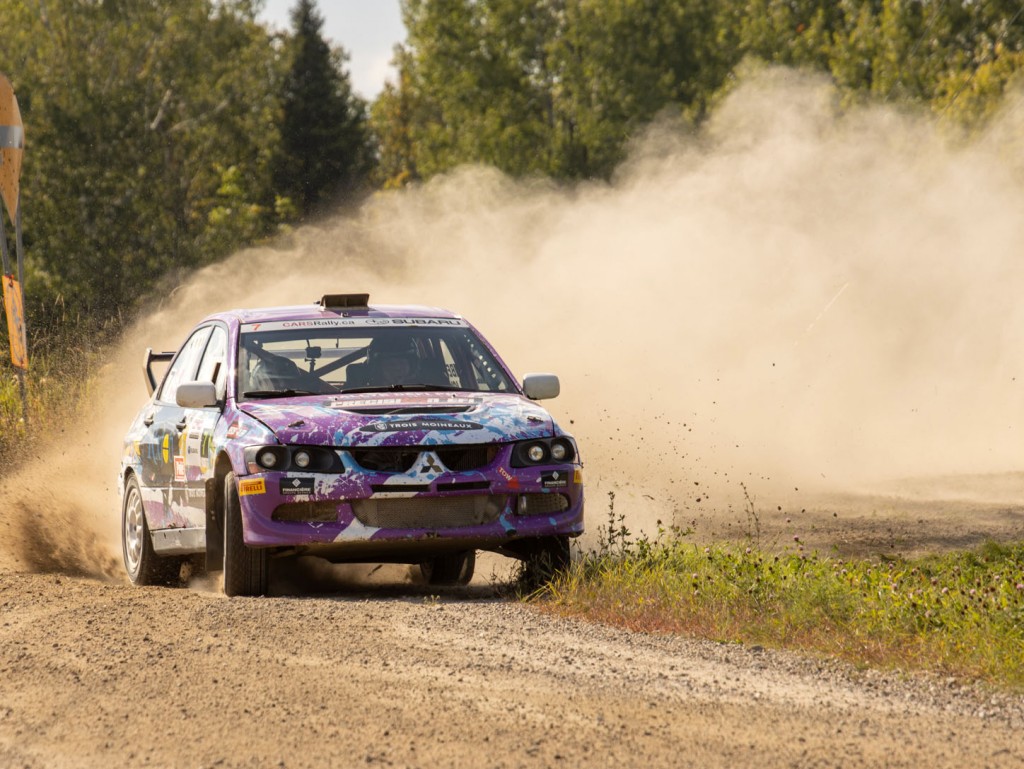 September 11, 2022.- The Rallye Défi Petite Nation, the traditional event to mark the end of summer, took place this past weekend in the Montpellier (Outaouais) region of Québec. After a one month pause, it was time for the Eastern Canadian Rally Championship (ECRC) to present its fifth of eight rounds that make up the season. An event contested in perfect weather conditions with seasonal temperatures saw victory go to Jean-Sébastien Besner and Yvan Joyal, in a Mitsubishi Lancer Evo.

This was the first ECRC win since 2018 for the Montreal driver, who was crowned champion of this series also in 2018.  This past weekend at Défi, Besner and his co-driver Yvan Joyal monopolized the top spot from the very first competitive stage right up until the seventeenth and final stage. All the while, they were facing a threat from Olivier Martel and Vincent Hubert (Subaru WRX STI), who eventually finished in second place, 35 seconds behind.

The podium was completed by Dave Cyr and Amélie Bélanger, also in a Subaru WRX STI. For this novice team, it was another exceptional performance following their Top 5 finish at the last Rallye Baie-des-Chaleurs. They finished this 2022 edition of the Rallye Défi Petite Nation by a margin of 2 minutes and 38 second from the winners.

It was a disappointing end for championship leaders Bruce Leonard and Matthew Ballinger, who had to retire from the event after suffering an accident. The same fate was met by Jonathan Drake, winner of the previous ECRC event (Black Bear Rally). Co-driven by Crawford New (Subaru WRX STI), Drake was nonetheless able to restart the competition after rolling his car, but had to settle for 18th place in the overall ECRC standings, out of 19 finishers. A total of 28 teams registered in the Eastern Canadian Championship and started this event.

Dmitri Kishkarev and Michael Szewczyk (Mitsubishi) finish fourth, ahead of Gabriel Monette/Olivier Martineau (Subaru) and rookies Charles-Henri Caron/Stéphane Caron (Subaru).  This team impressed throughout the entire rally, which marked the very first rally of his career. 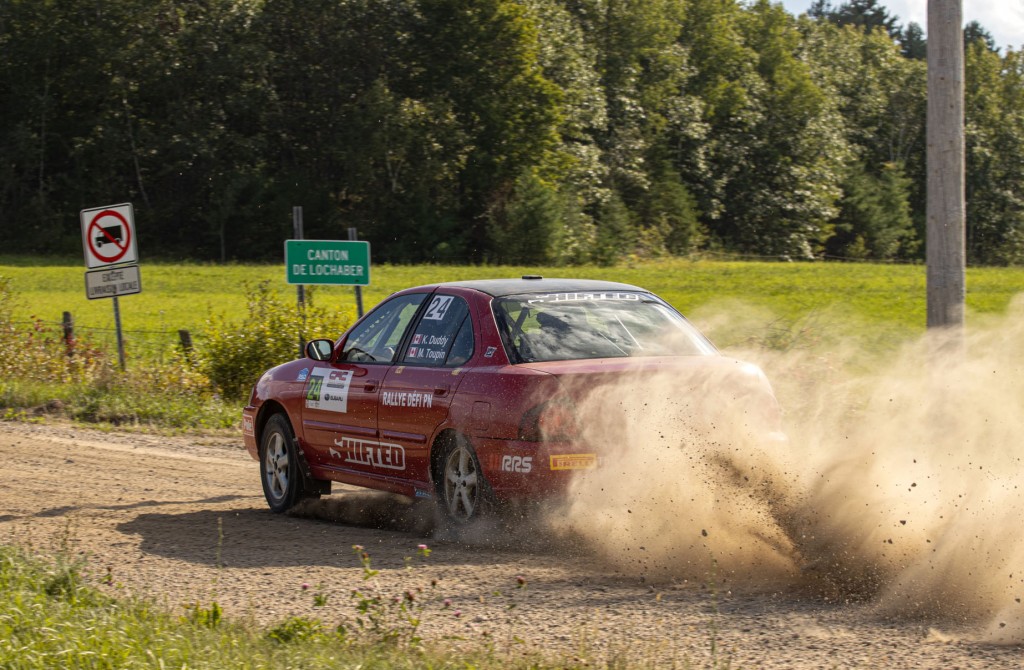 Seventh overall, Kurtis Duddy and Matthieu Toupin (Nissan Sentra) also claimed victory in the 2 wheel-drive class by the end of and almost perfect rally. They finished more than 3 minutes ahead of their closest 2WD adversaries Julien Rondeau and Jonathan Raymond (Honda Civic). Pascal Besse and Nicolas Tousignant (Porsche 911) completed the podium in this category.

Also noteworthy in Production 4 wheel-drive were Trevor Pougnet and Ryan Rouleau (Subaru). This team also finished eighth overall, just ahead of Simon Aubé and François Joanisse, equally in a Subaru but seventh in 4 wheel-drive OPEN class.

The Rallye Défi Petite Nation was also a round of the Canadian Rally Championship. Canadian  Joël Levac and his French co-driver Florian Barral, on Mini Countryman WRC, win in the overall standings.

In the ECRC drivers’ championship, Ontarian Matthew Ballinger remains in first place with 45 points but his lead on Quebecois Oliver Martel is dwindling. Martel holds 42 points, ahead of third-place Jean-Sébastien Besner, who sits in third place with 36 points. Hans Larose remains the 2 wheel-drive leader ahead of Kurtis Duddy.

The following Easter Canadian Rally Championship event will be the 22 and 23 of October as the Rallye de Charlevoix, Quebec.