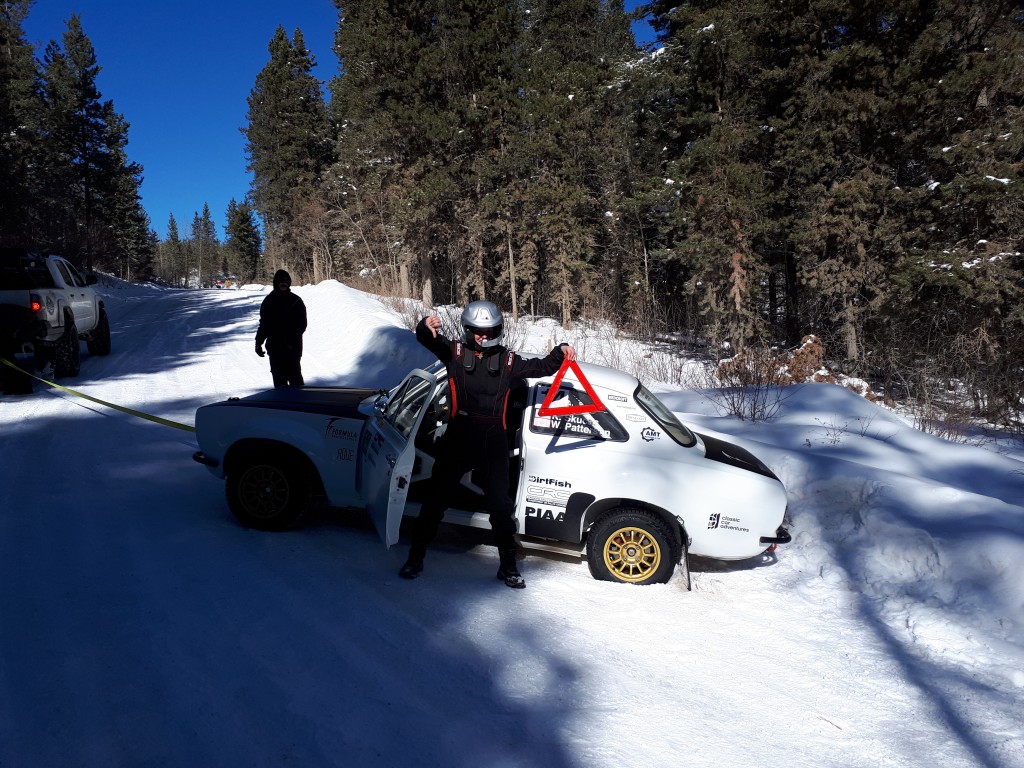 Our team has now turned 31 years old and with that “coming of a certain age” our founder, Bob Boland, has decided to hang up his broom and retire. Bob started the team in 1989 after a conversation with his good friend, Terry Epp of CARS over an idea of a dedicated Sweep Team. And that, you could say, was history in the making. Bob personally attended over 135 rallies and has “retired” 6 sweep dedicated trucks, with the team itself hitting the 150 rally mark. It is well known that those who rally hate to see the team coming but are also thankful we are there.

Bob would like to thank all of his team members, past and present, for the years of dedication for which he would not have been able to do by himself. He will miss the many, many friends he has made over the past 31 years.

As for the future of this diverse group of members, Bob has always surrounded himself with people of various backgrounds and skills but with a common love of rally. Our team would like to announce our new Sweep Team Co-ordinators – Kevin Heistermann & Jennifer Murray, although to most of you they need no introduction. Starting his rally volunteer career in 1999 “working start controls in the middle of nowhere” Kevin and Jenn married in 2007, when she also jumped into the world of rally. A historic trip in 2010 saw the couple attend all 6 National Rallies from coast to coast. Volunteering at Regionals, Nationals, Sprints and then Committee positions to Co-Chief Control Marshals & Chief Security Marshal, Kevin & Jenn brought to the Sweep Team very diverse Rally experience when they joined in 2016.

Bob has every confidence that they will continue the Sweep Team well into the future and it is also likely that you may see him dropping in at a rally sometime soon.