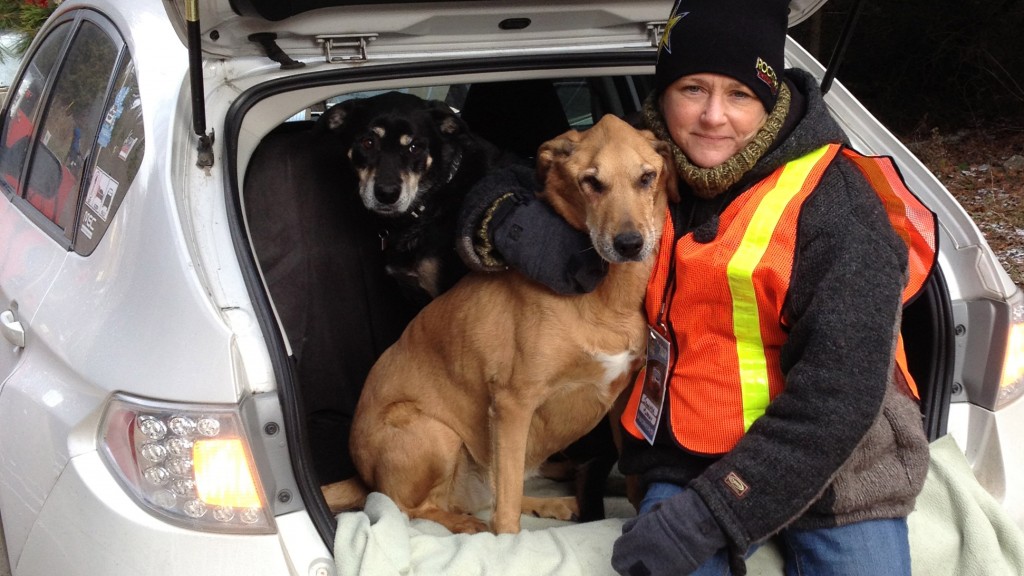 Getting close to the action as a volunteer

Getting close to the action as a volunteer

Over a decade ago, Jennifer Murray was asked if she might be interested in volunteering at a round of the Canadian Rally Championship. She hadn’t been to an event before, though Kevin had been going to some local events.

“We went to Rallye Défi and volunteered as time control marshals,” said Murray. “It was a lot of fun.”

Time control marshals work either the start or finish of each competitive stage, counting down cars to their start time, or providing stage times to the teams as the finish each stage. Few volunteer roles allow for such direct access to teams and vehicles racing in the Canadian Rally Championship.

“After that first event, we agreed we really liked doing time controls,” said Murray. She and Kevin began travelling to other rallies to serve as time control crews, quickly building friendships with other volunteers and competitors at every event.

Following quickly on the heels of her first time at Rallye Défi in 2007, the pair volunteered at the Lincoln Electric Rally of the Tall Pines, and the following February, Rallye Perce Neige.

“It really is an amazing community,” said Murray. “A lot of the competitors are so grateful for the work we do. We all have something in the sport we love.”

In 2010, Murray was working for an airline, and made use of discounted airfares so she and Kevin could travel to every round of the Canadian Rally Championship to volunteer. It was a year of new events, new friends, and exciting racing.

At the very start of the year, while working a time control at the Marie-Anne stage at Rallye Perce Neige, Murray enjoyed a fun moment with co-driver Nathalie Richard.

“When Nath and Antoine stopped, Kevin told Nath we were from a divided family, since I was rooting for them, and he was for Pat Richard and Subaru Canada,” said Murray. “On the second pass, she gave me a team toque. I couldn’t stop laughing. I told Kevin I didn’t see Pat giving him any goodies.”

“From outside, the sport may look pretty heavily male, but there’s women in roles of all kinds at every event,” said Murray. “From stage workers right up to core committee members, there’s a lot of women in rally.”

Upon hearing that the Rallye Perce Neige was looking to build up its core committee, Murray stepped forward to help, volunteering as the volunteer co-ordinator for the rally. Her own experiences in getting started as a volunteer quickly came full circle as she now had to find enough people to make the rally happen.

“Aside from the cold temperatures we can get at Perce Neige, the biggest hurdle is just getting the word out to people,” said Murray. “We have a great core group of people we know will show up, even if they don’t let us know until just before the event.”

In her committee role, Murray found the environment even more social; spending a full year working on a rally meant longer term interactions with others invested in the event. At the same time, the final month leading up to the event was “busy.”

“Working on the committee was a great way to learn more about the different aspects of the sport, and see what goes on in the big picture to make the actual event happen,” said Murray.

Most recently, Jennifer and Kevin have shifted to a different volunteer role, joining the eastern Sweep team. Now, the pair follow the rally route, pulling out cars that have gone off the road, and bringing teams back to Rally HQ.

“I’t been a huge learning curve,” said Murray. “We started out with no idea what we were doing, and then this year we got involved in our first extraction at Rallye Perce Neige.”

The team they helped had gone off the road, and was on the wrong side of some rocks, making the work a challenge. Under the guidance of the Sweep team veterans, Jennifer and Kevin got into position as the fourth truck working on the problem. Through careful work, the team moved the car back onto the road with no major damage. The driver got back in, started the car, and was able to drive back to town unaided. Perce Neige organizer Pat Rainville joked that he’d made sure Murray had to work hard on sweep, asking if she wanted to return to the committee job of volunteer co-ordinator.

“Sweep is an awesome crew of people to work with,” said Murray. “They’re phenomenal people, just like so many of the people we’ve met in rallying.”

Making lifelong friends in rally is part of the sport that resonates no matter your involvement, but is most often expressed by those volunteering their time to make events happen.

“Volunteering is an amazing experience, but still so many people don’t even realize how easy it is to get involved that way,” said Murray. “We’re constantly trying to spread the word, encouraging people to bring friends. And even if you come alone, you’re sure to leave with new friends.”