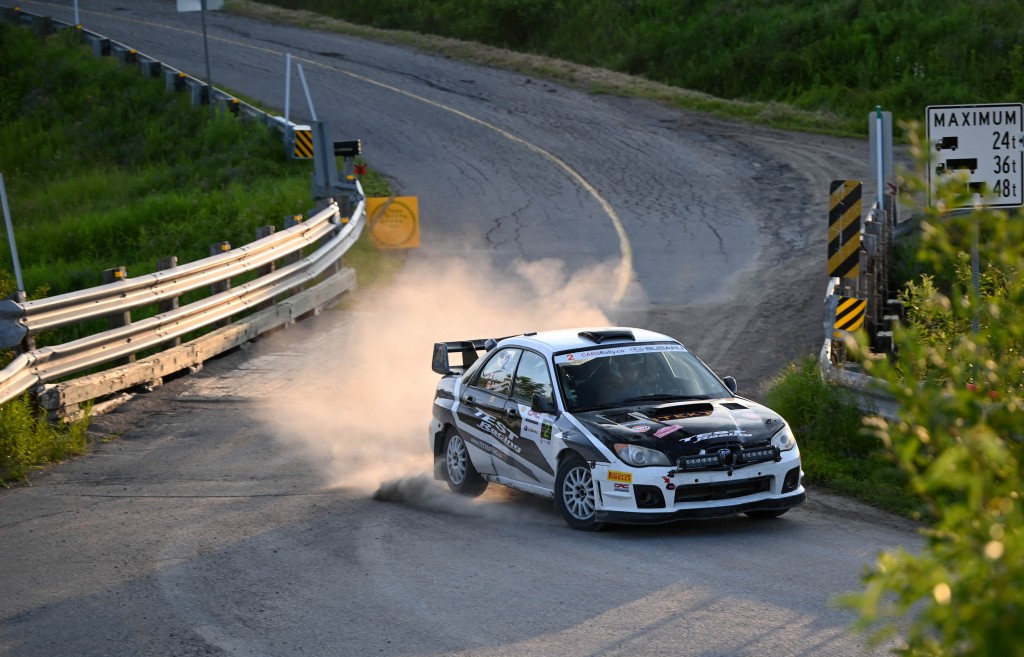 July 17, 2022.- Back on the calendar after a twenty-year absence, the Rallye International de Québec – Tour de Portneuf took place this past Saturday, in the Portneuf area, with its headquarters located in Ste-Christine d’Auvergne. This event counted towards the North American FIA NACAM championship, the Quebec Championship and the Eastern Canadian Rally Championship (ECRC), the latter of which included the majority of registered teams.

The battle for the ECRC victory quickly developed between Éric Courchesne, co-driven by Olivier Landreville in a 4 wheel-drive Volkswagen Golf, and Philippe Dubé/Éric Dubé, in a Subaru WRX STI.

Favourites at the start of the event and ECRC winners at the last Rallye International Baie-des-Chaleurs, Sébastien Clark and Yanick Marin suffered a mechanical DNF as of the fourth competitive stage. Their departure left Courchesne/Landreville and the Dubé duo to fight for top spot for the long gravel stages. For the second half of the rally, Philippe Dubé, father of Test Racing team owner Mathieu Dubé, took over the lead to finally win it all by a little more than 17 seconds ahead of Éric Courchesne.

Third place went to rookie Michael Leblond, co-driven by Anne-Marie Hudon in a Subaru WRX STI.  Well-known preparer and owner of Freedom Rally Shop, Michael Leblond was competing this weekend in his second performance rally ever. After a cautious start, his consistency was rewarded with his first podium finish. 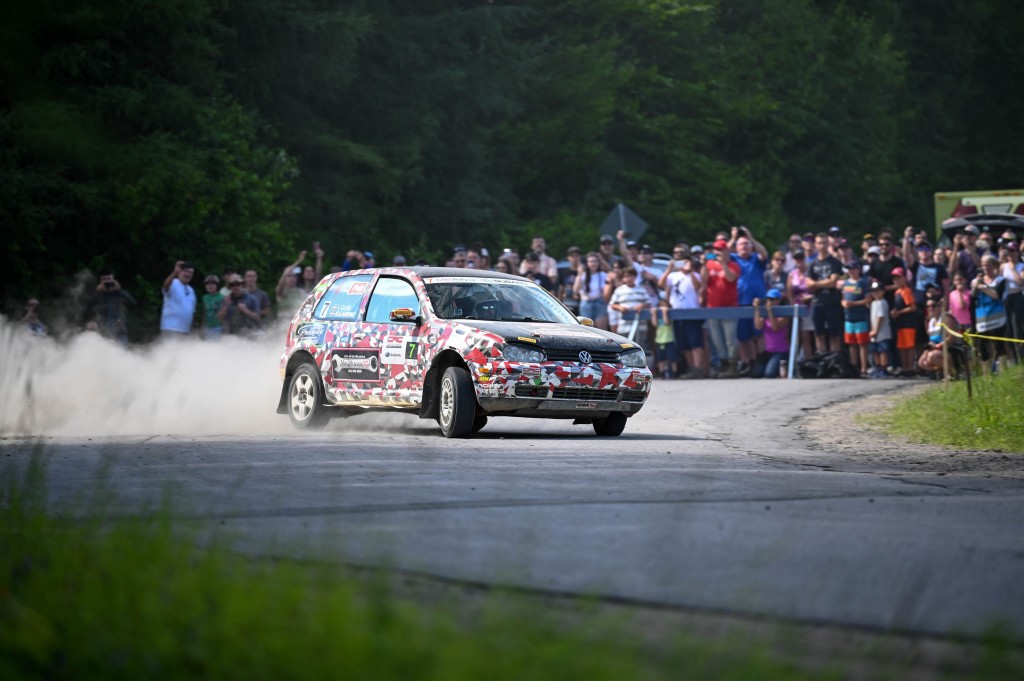 In the overall ECRC standings, he finished ahead of 2 wheel-drive winners Hans Larose and Ian Guité, in a Volkswagen Golf. For Larose, this was his second consecutive victory in the Eastern Canadian championship, two weeks after the Rallye International Baie-des-Chaleurs. He’s now positioned as favourite to claim the category title this season.

The 2 wheel-drive category offered up the most spectacular battles during this rally, contested in perfect summer conditions.  Proof of the class battle’s intensity was the margin of victory for Hans Larose and Ian Guité: just 6.3 seconds! Second place (and seventh overall) was awarded to rookie Mathieu Royer, co-driven by Lyne Turgeon in a Nissan Sentra.

Kurtis Duddy and Olivier Martineau (also in a Nissan Sentra) rounded out the 2 wheel-drive, just over 3 minutes behind. They finished ahead of Thierry Champoux and Gaëlle Agliata (Volkswagen Golf), Pascal Besse and Nicolas Tousignant (Porsche 911) and Éric Dufour/Denis Pesant (Volkswagen Golf). All of these teams competed in 2 wheel-drive, with Dufour/Pesant also winning Production 2WD.

The Top 10 ECRC standings were rounded out by the Production 4WD winners Réjean Perron and Alexandre Marcoux (Mitsubishi Lancer Evo). They had to miss two stages because of mechanical issues and accumulated penalties as a result.

Twelve of the sixteen teams registered for the ECRC completed this third round of the 2022 season. In the Rallye International de Québec – Tour de Portneuf event’s overall standings, victory goes to Mexicans Miguel Granados and Gabriel Marin (Škoda Fabia R5), only one tenth a of second ahead of their countrymen Ricardo Cordero and Marco Hernandez (Citroën C3 R5). These two teams were registered in the FIA NACAM championship.

The Eastern Canadian Rally Championship (ECRC) is comprised of Le eight events this season, spread between Ontario and Quebec. The next round will be the Black Bear Rally in Ontario on August 6th.