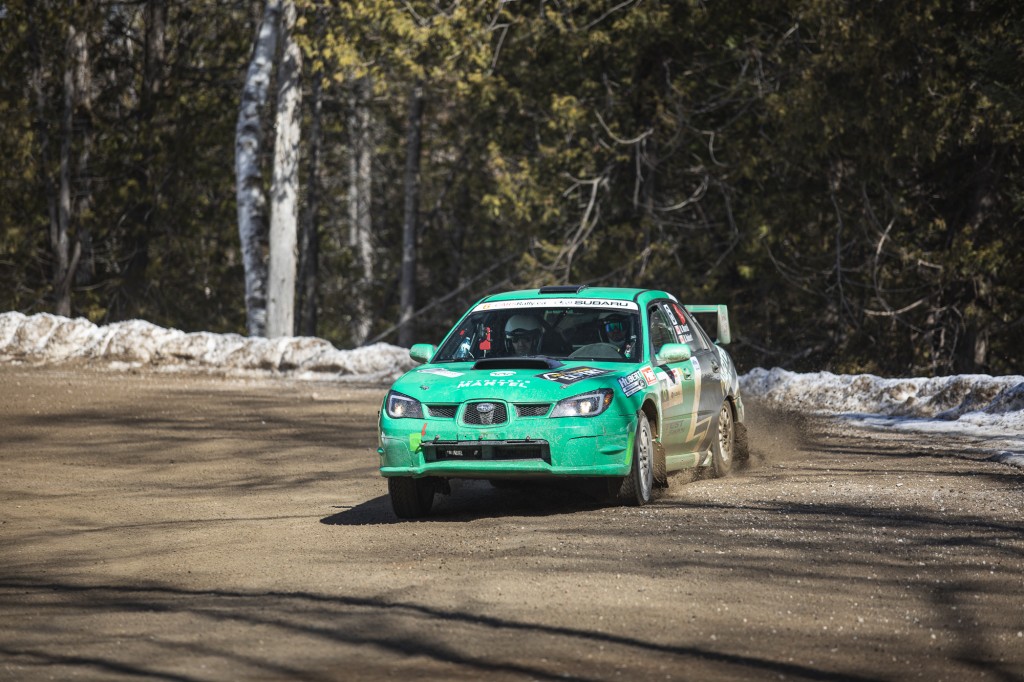 April 3, 2022.- The Rallye Perce-Neige, the first round of the Eastern Canadian Rally Championship (ECRC), was held this past weekend in Maniwaki, Québec. Initially scheduled for early February but postponed due to ongoing provincial restrictions, the event was faced with another major concern: the state of the roads, largely affected by springtime thawing, leaving a very muddy route.

Despite that and the fact that only 10 of the anticipated 16 competitive stages were able to take place, thirty teams took to the start, of which nineteen registered in the ECRC.  For this 56th edition of the event, local favourites Olivier Martel and Vincent Hubert were victorious in their Subaru WRX STI.

In perfect control of the situation, the Martel/Hubert duo dominated the rally. In addition to battling for the overall rally victory, Martel and Hubert lead the ECRC standings from start to finish, winning by a margin of four minutes and 5 seconds over Gabriel Monette and Olivier Martineau, also in a Subaru, as were the top 6 finishing teams.

This second-place placing for Monette and Martineau was one of the highlights of this 2022 edition of the Rallye Perce-Neige, as the novice crew delivered a consistent performance near the front of the pack to finish ten seconds ahead of Vincent Trudel and Michael Szewczyk in the ECRC standings. At the wheel of their Subaru, built in the weeks leading up to the event and completed the night before the rally start, Vincent Trudel can be very proud of this ECRC podium, in addition to winning the Production 4 wheel-drive class.

The margins were slim amongst the group of teams that were battling for fourth place in an event that isn’t used to being contested on lightly snow-covered, sometimes muddy, sometimes soft roads; leaving the ideal driving line at any time could prove to have very unsatisfactory consequences.

Simon Aubé and François Joanisse finished in fourth, in front of Matthew Ballinger and Gary Sutherland. The Top 6 was rounded out by Trevor Pougnet and Ryan Rouleau. By the end of the event, only 31 seconds separated these three teams. 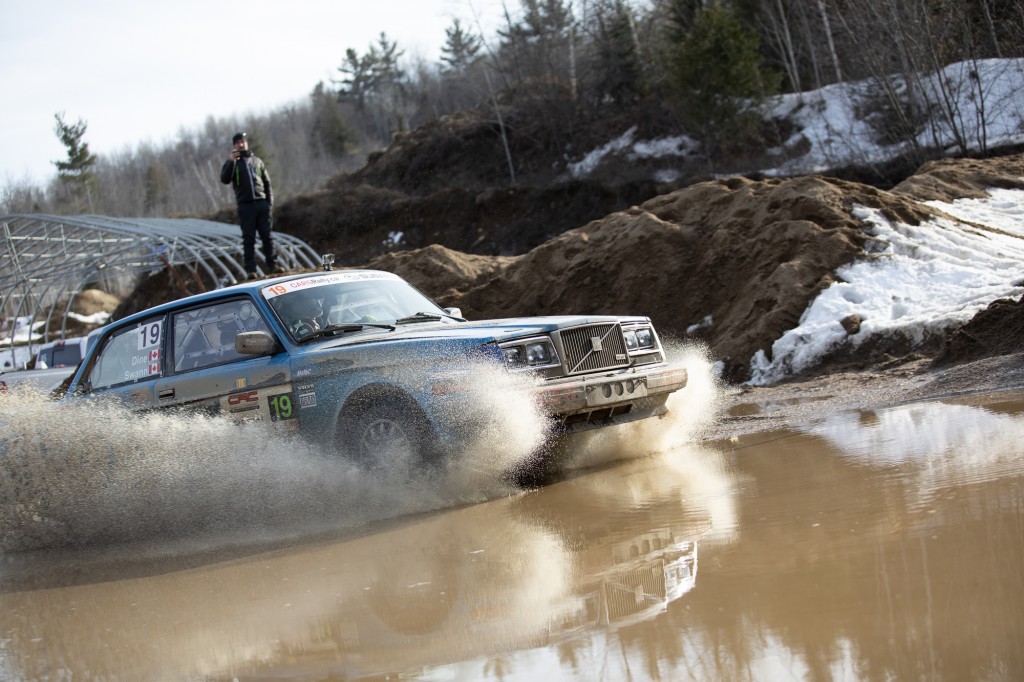 Seventh overall and winners of the 2 wheel-drive class was the Maritime duo of Mal Swann and Tim Dine in their historic Volvo 242 Turbo. They weren’t necessarily the favourites going into the rally but after a problem-free run, Swann and Dine claimed a well-earned victory and finished the event in the same minute as the three 4WD teams just ahead of them in the overall standings.

Kurtis Duddy, co-driven by Danny Hudon, rounded out the 2 wheel-drive podium with their Nissan Sentra. In total, seventeen of the nineteen ECRC teams finished the tricky event, with two favourites (Sébastien Clark/Yannick Marin et Martin Donnelly/Cezary Macciocha) succumbing to mechanical problems. Neither team made it past the first competition stage.

The Eastern Canadian Rallye Championship (ECRC) is comprised of seven events this season, spread out between Ontario and Quebec. The next round will see the teams at the Rallye International Baie-des-Chaleurs, in Gaspesia region (Quebec), July 2.

The 2022 Rallye Perce-Neige also counted towards the North American Rally Cup and the Canadian Rally Championship. The Quebec team of Jérôme Mailloux and Philippe Poirier (Subaru WRX STI) were the overall winners.