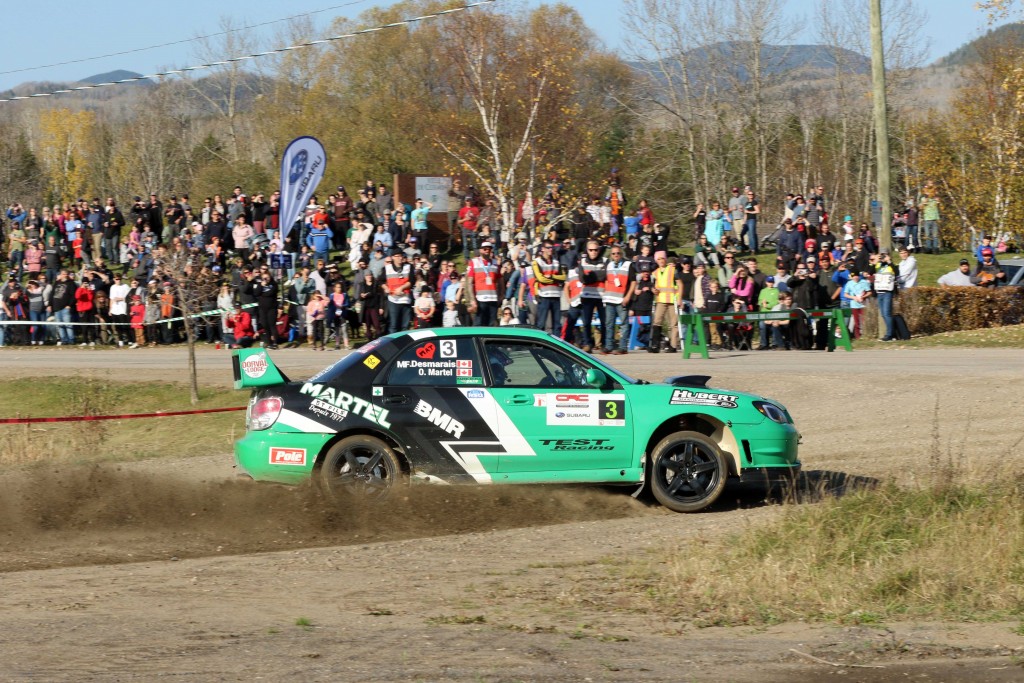 October 23, 2022.- This weekend, Olivier Martel and his co-driver Marie-France Desmarais won the Rallye de Charlevoix, the penultimate event of the 2022 Eastern Canadian Rally Championship (ECRC). The rally, which was celebrating the 35th year since its creation, was spectacular to follow, with numerous changes in the leaderboard, in perfect weather conditions consisting of blue skies and warm temperatures for the duration of the event.

Leading the rally during the first two competitive stages, which took place in the heart of La Malbaie in front of a large Saturday morning crowd, Olivier Martel and Marie-France Desmarais (Test Racing Subaru WRX STI) then fell beyond the twentieth spot as a result of mechanical issues during the first 35km long forest stage. Their subsequent and impressive ascent returned the eventual winners to front of the pack by sunset.

In the meantime, past series champions Jean-Sébastien Besner and Yvan Joyal seized the lead but then lost all hope on the fourth stage with a broken differential on their Mitsubishi Evo Lancer.

At that time, Vincent Trudel and Hubert Gaudreau (Production 4WD Subaru WRX STI) inherited top spot with prominent rally newbie Kuno Wittmer hot on his heels. Co-driven by Albertan Michael Szewczyk and in a Leblanc3 Rally Team Subaru WRX STI, the track racing specialist from Quebec and past winner of the 24 Hours of Daytona had never previously contested a rally prior to this 2022 Rallye de Charlevoix.

Progressing stage after stage, Wittmer was in a position to fight with Trudel/Hubert for the victory when transmission failure force him to retire from the event.  For Trudel/Hubert, mechanical issues also got in the way of their victory, finally returning the lead to Martel and Desmarais just in time for them to begin the event’s final competitive stage.

In second place, 42 seconds behind the winners, Trevor Pougnet and Ryan Rouleau (Subaru WRX STI) had a very consistent rally. The duo also claimed the Production 4WD class in this very exciting event.

The podium was completed by Yves Boudreau, who made a return to competition for this event. Co-driven by Danny Hudon in a Subaru WRX STI, Boudreau quickly found himself amongst the leaders.  Charles-Henri Caron and Stéphane Caron (Subaru), two promising rookies, and the duo of Réjean Perron and Alexandre Marcoux (Mitsubishi) completed the Top 5. 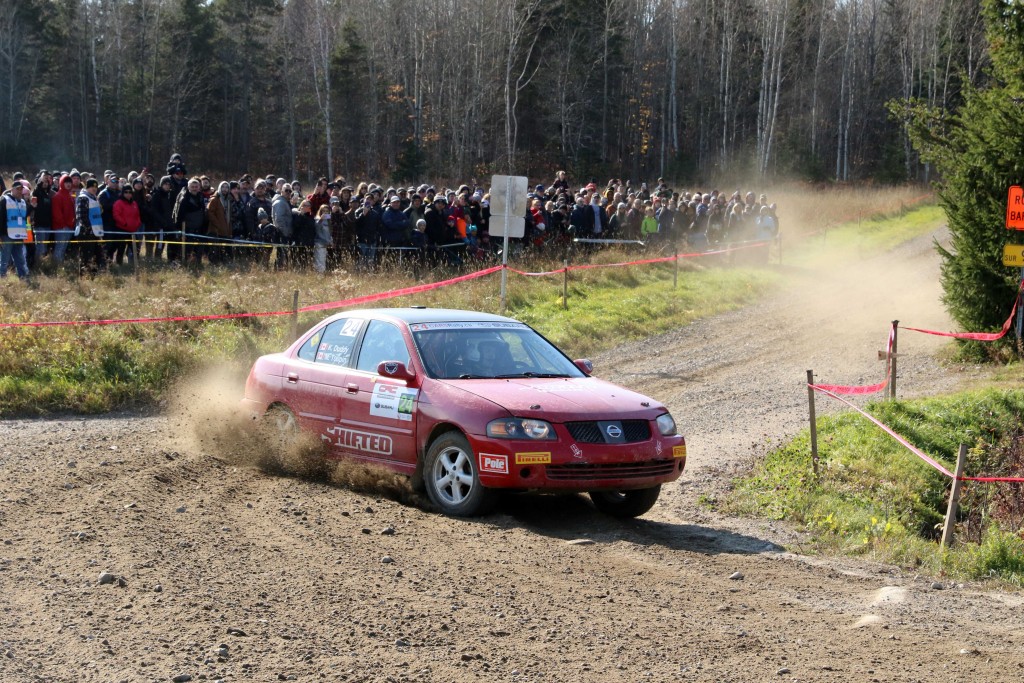 For the second event in a row, the 2 Wheel-Drive class was won by Kurtis Duddy et Matthieu Toupin, also 6th overall.  At the wheel of their Nissan Sentra, this team took the lead of the category in ECRC during the first grave forest stage, stage 3 of the rally.  During the two initial town stages, Pascal Besse/Nicolas Tousignant (Porsche 911 SC) and Julien Rondeau/Jonathan Raymond (Honda Civic) were the top teams.

Rondeau/Raymond subsequently retired with suspension problems, Besse/Tousignant finished fourth behind the young Jean-Philippe Courchesne, co-driven by Olivier Landreville in a BMW 318, who trailed the class winners by a little over seven minutes, and by Éric Dufour and Cézary Maciocha (Volkswagen Golf / Production 2WD).

In total, 16 of the 26 teams that started as ECRC-registered competitors completed the 2022 Rallye de Charlevoix.  The event also counted towards the Canadian Rally Championship, whose victory went to Jérôme Mailloux and Philippe Poirier (Subaru WRX STI).

The 2022 season of the Eastern Canadian Rally Championship (ECRC) will end next month in Ontario as part of the long-standing Rally of the Tall Pines, November 26th.