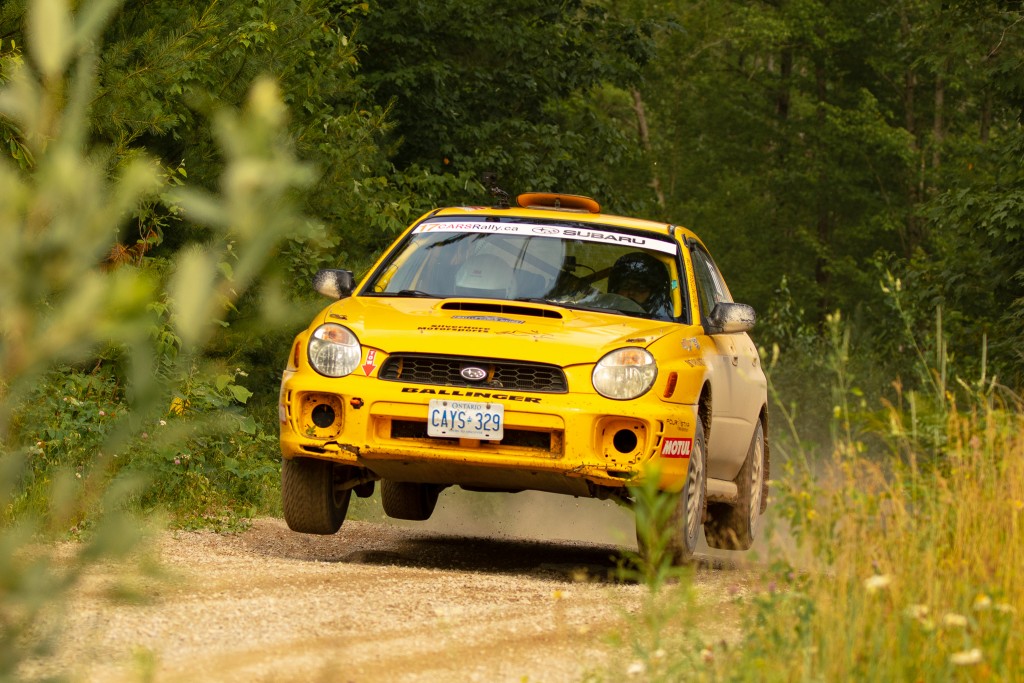 July 13, 2019.- This weekend’s Black Bear Rally, fourth round of the Eastern Canadian Rally Championship (ECRC), marked the end of the first half of the 2019 season. Ten competitive stages were on the programme for the teams entered in this traditional event, which was running its twenty-fourth edition this year and was once again held on the roads in the Catchacoma Lake region, near the Kawartha Provincial Park, north of Peterborough (Ontario).

The victory came to Ontarian driver Matthew Ballinger, of Hampton, co-driven by Bruce Leonard (of Georgetown, ON), at the wheel of a Production 4-wheel drive Subaru WRX STI. The duo battled for the entire duration of the event right up until the final moments of the last stage with Eric Vlasic and Sean McConnachie, driving a Subaru Legacy, also in the Production 4WD class.

With only a 1.4 second lead, Ballinger/Leonard claimed the top spot ahead of Vlasic/McConnachie (from Dunrobin, Ontario), who had taken the initial lead of the rally on the first competitive stage. They also won the second and third stages, building a gap of sixteen seconds before Ballinger/Leonard were able to catch up.

Winning three of the final four stages, it looked like Matthew Ballinger and his co-driver were poised to take the victory but in the tenth and final stage, Vlasic set the fastest time by more than nine seconds. It ended up being just shy of what was needed to re-take the lead but made for an exciting battle at the front of the pack. After winning a stage themselves, third place overall went to Laurens and Jackson Wit in their Open Class 4-wheel drive Subaru WRX STI. The Wit duo had to relinquish any hope of fighting for victory when they suffered suspension problems during the penultimate stage.

In two-wheel drive, Picton, Ontario driver Ian Crerar, co-driven by Emily Atkins, was competing in his first rally on Canadian soil, after having contested a several events in the World Rally Championship (WRC) during the last two years, the last one being the Rallye Monte-Carlo in January, in which he competed with a 1983 historic Porsche 911. Unfortunately, this weekend the Crerar/Atkins duo had to cut their rally short during the sixth competitive stage due to a broken suspension. He was the only registered competitor in two-wheel drive.

Alexandre Ouellet (of Mercier) and Joey Delisle (of Montréal) were the only team to make the drive from Quebec to contest this 2019 Black Bear Rally in their Subaru WRX STI. They suffered from mechanical problems early into the event and were not able to finish.

The Eastern Canadian Rally Championship (ECRC) consists of eight events, spread out between Ontario, Quebec, and the Maritime provinces.  The next round will be Ledwidge Lookoff Rally, taking place in exactly four weeks in Nova Scotia.  This will be the only rally of the 2019 calendar to be held in the Maritimes.