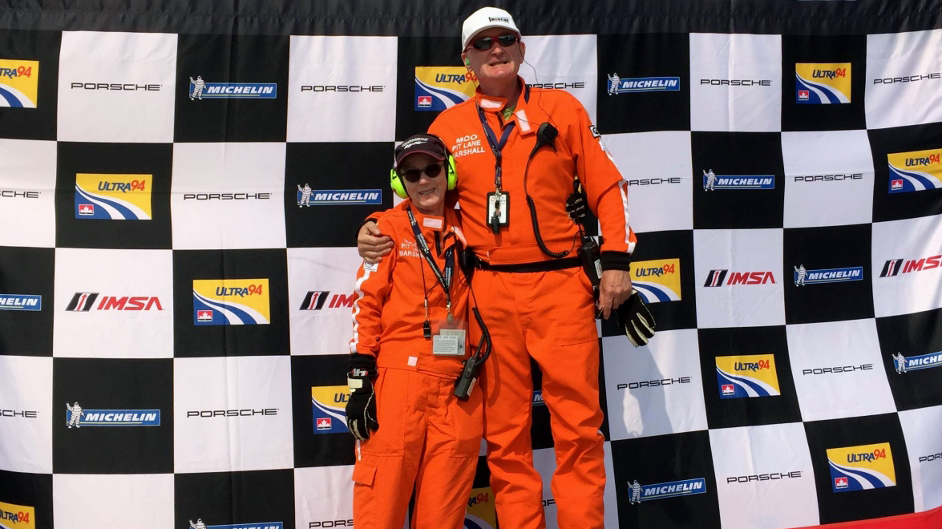 Reflections on the Rally Community with Jeannie MacGillivray

Reflections on the Rally Community with Jeannie MacGillivray

Jeannie MacGillivray clearly recalls the car that first got her interested in driving. It was her father’s Volvo 122S, the same car in which MacGillivray learned to drive.

“I thought it was a cool car, and that it drove well,” said MacGillivray. “My dad told me that was because of the kind of suspension it had and explained how it all worked.”

“He was always really into cars, and loved rally,” said MacGillivray, of her husband of 42 years.

Their early days together were spent without a car as they each established themselves – Jim in his career, Jeannie first in school, and then in her own career. In 2002, the two went to Targa Newfoundland, Jim as a competitor, Jeannie as support. From that moment, things changed. Jeannie was very bitten by the rally bug, but it was tragedy that would drive the pair into competition.

“I lost my dad in November of 2002,” said MacGillivray, whose mother had passed a few years before. “Jim and I talked it over and decided we’d build a rally car out of Jim’s Subaru Impreza.”

Less than a year later, the car was complete and was at the start of Targa Newfoundland, this time with Jeannie in the co-driver’s seat – at least for most of the event.

“Rules at Targa were a little more relaxed back then,” said MacGillivray. “Jim asked me partway through the week if I wanted to drive a stage, and of course I said ‘yes’.”

The pair traded places for the Gander stage, an act she says was “in memory of my dad.”

A month before heading to Newfoundland, Jim and Jeannie volunteered at the Galway Cavendish Forest Rally, a round of the Ontario Performance Rally Championship. It was Jeannie’s first time as a volunteer and she loved the experience, returning the following season, and taking the marshalling course offered by the organizing club. 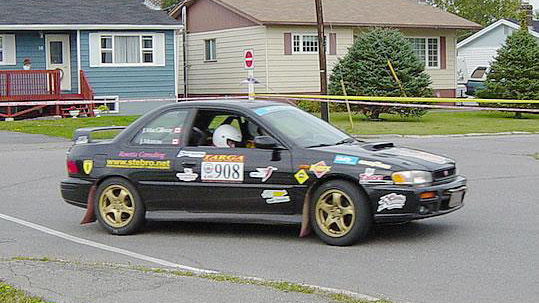 2004 was a mixed bag for the pair. They had been driving their caged Impreza to a friend’s place during a winter storm and hit a deer. In the bureaucracy that followed, the car had to be sold off and was shipped out of the province. In order to stay involved, Jim co-drove western events for the car’s new owner, and competed with Jack Laan at eastern rallies.

“It’s completely my favourite thing – to drive,” said MacGillivray, who instructed at winter driving schools for an Ottawa motorsport club for over a decade.

Initially, MacGillivray had to be paired with HAM operators in order to be able to drive a course car, and worked with Dave Shindle and Carolyn Ryall. Ultimately, MacGillivray decided to earn her HAM license to “increase her value” in the sport. It was a very difficult process for her, and she failed the first time she took the course.

“I don’t really do well with math or physics, and that part of the HAM course was so difficult,” she recalled. “Even though I failed the first time, Jim kept supporting me to try again, and eventually I got it. I’ll never build my own radio, but I’m good enough to be a ‘Rally HAM’.” 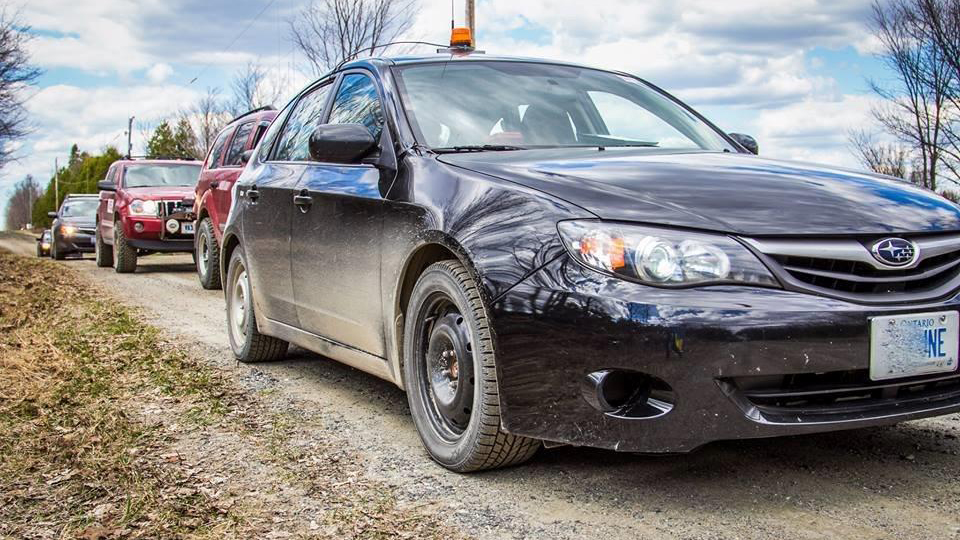 In 2005, Jim had knee surgery and had to step back from co-driving temporarily. Jeannie stepped right in to fill the role, co-driving for Jaak Laan and Paul Hartl.

By 2007, MacGillivray had become an RSO Steward, responsible for supporting event organizers as they put together their events each year and officiating during rallies to make sure rules are properly followed.

MacGillivray had also served as the rally representative within the Motorsport Club of Ottawa, and in 2013 was voted Vice-President of the club – one of the first women to achieve that role within the MCO. Jeannie is now the Rally Chair for the Ottawa Sports Car Club.

In everything she does, MacGillivray looks for ways to improve. After planning and saving, she rented a stage-ready VW Golf from Glen Clarke in order to compete at the Galway–Cavendish Forest Rally in one of the wetter years in memory.

“I just love to drive,” said MacGillivray, who was co-driven by Ferdinand Trauttmansdorff. “That was really fun.”

In 2017 though, fortunes turned. MacGillivray had been feeling ill for a while, and after multiple doctor’s visits, was diagnosed with cancer. On reflection, MacGillivray said she was lucky, as the diagnosis came early enough that with an operation and chemotherapy, she has been declared in remission.

“I know the odds for my kind of cancer, and I was really quite lucky.”

From the time of diagnosis, things moved very quickly. In order to remain as calm as possible, MacGillivray focused on her role as if it were her job.

“The doctors had a job to do, and so did I,” said MacGillivray. “I knew I just had to make the most of it, no matter what.”

Looking at how much has changed in her life over the last year, MacGillivray instead comments on the constants.

“The most important thing is Jim,” she said. “The rally community has been incredible. I’ve been involved for so long that these people are my friends. As much as I’ve given the sport, it has given me so much back.

“The community support I have received has been so important in facing cancer.”

MacGillivray is still rebounding from her illness, rebuilding her reserves of energy, but she’s already got goals in mind, not least of which is to help support the Lanark Highlands Forest Rally, an Ontario regional event that is close to home.

“The Lanark community is so supportive of the rally, so I want to make sure we do a good job supporting them,” said MacGillivray.

In the meantime, MacGillivray looks forward to getting out to the penultimate round of the Canadian Rally Championship, the Lincoln Electric Rally of the Tall Pines.