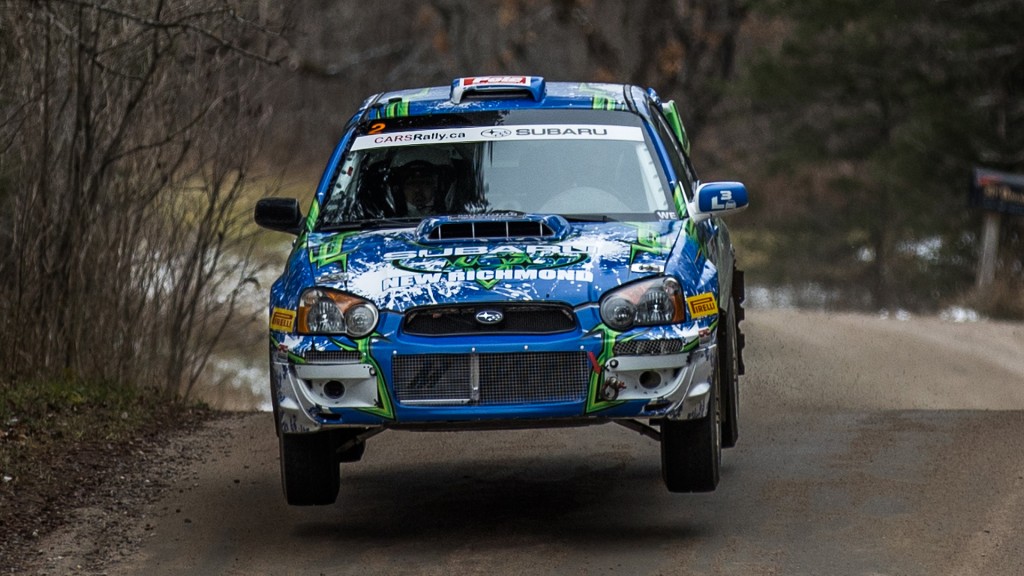 Photos by Rob Sztuka
November 21, 2021. – This weekend’s Lincoln Electric Rally of the Tall Pines was again highlighted by numerous turnovers and surprises. Brothers André and René Leblanc drove their Four Star Motorsports-prepared Subaru WRX STI to victory in this event, the penultimate round of the 2021 Canadian rally season. The victory gives the Gaspesie natives the lead in the championship standings with just one round remaining, to the detriment of Jérôme Mailloux and Philippe Poirier who were the leaders coming into the event. 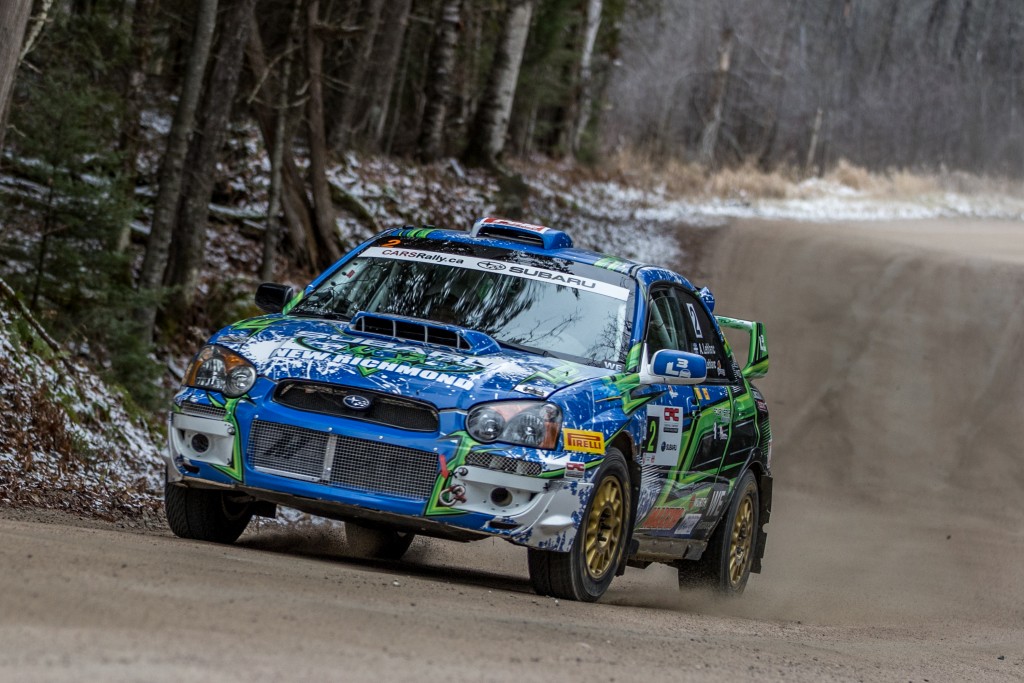 Mailloux and Poirier dominated the early part of the event held on muddy gravel roads surrounding the region of Bancroft after recent snow had melted earlier in the week. During the eighth stage of 12, they were enjoying a 55-second lead over their closest pursuers when they were forced to retire with a broken suspension. 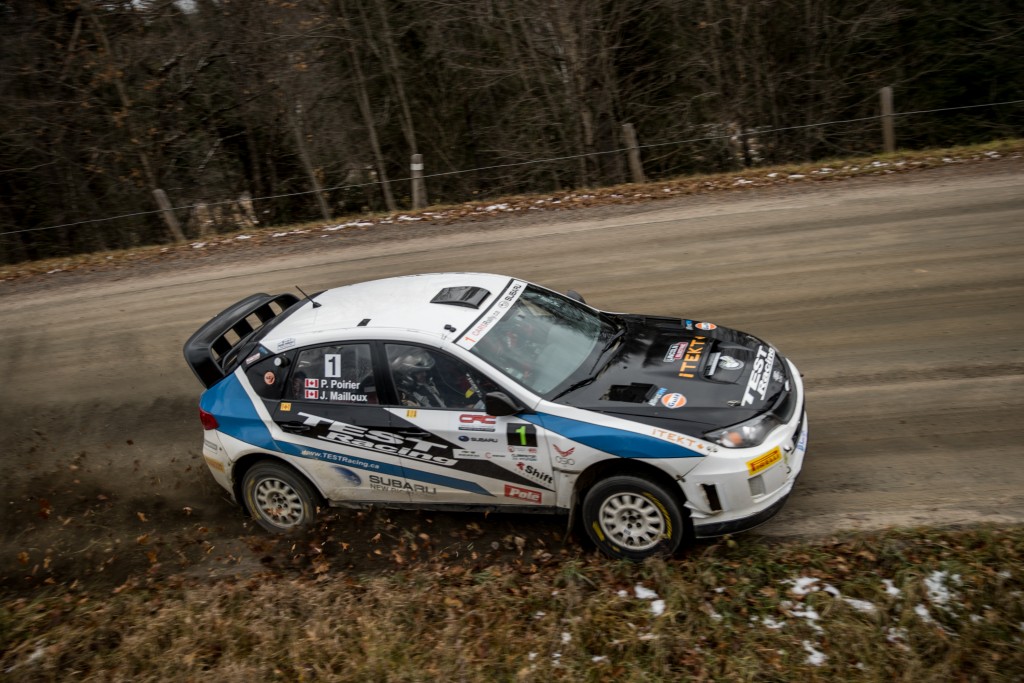 The remainder of the rally turned into a duel for victory between the Leblanc brothers and Marc-André Brisebois and Marie-France Desmarais-Trépanier. Winners of the previous event – the Rallye de Charlevoix – Brisebois and Desmarais-Trépanier pushed their Subaru WRX STI hard to try to catch the leading Leblanc Bros. At the start of the last stage, they were only 20 seconds behind them, but an off-road excursion cost them more than five minutes. With the help of Alexandre Moreau and Ian Guité to rejoin the route, they managed to finish in second place and keep their title hopes alive. 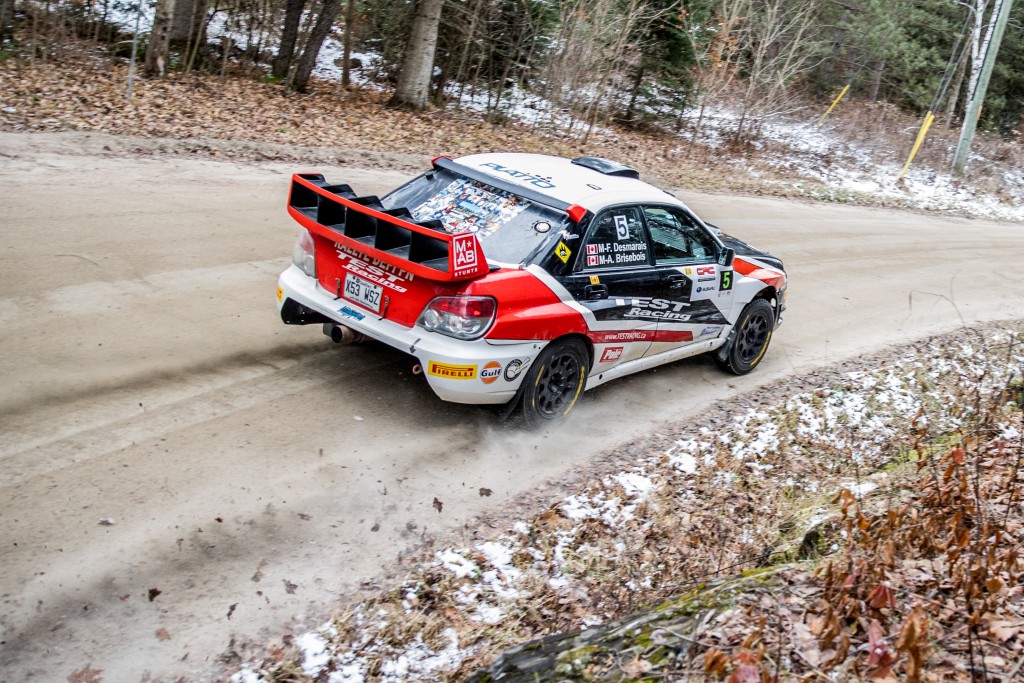 Ontario’s Jeremy Drake and his co-driver Savanna Kovacs climbed on the third step of the podium in their Subaru Impreza RS, crossing the line just nine seconds behind the second-place finishers. For Drake and Kovacs, it was an outstanding achievement as they were consistent throughout the event. Quebecers Olivier Martel and Vincent Hubert finished fourth after losing time with a puncture in the first part of the rally.

Rookies Andrew Miller and David Bell also achieved a stunning performance by bringing their Subaru WRX STI to fifth place in the overall standings. They finished ahead of Philippe Dubé and Hubert Gaudreau and the winners of the Production 4WD class, Trevor Pougnet and Ryan Rouleau. The first seven crews to finish the 2021 Lincoln Electric Rally of the Tall Pines were all driving Subaru cars. 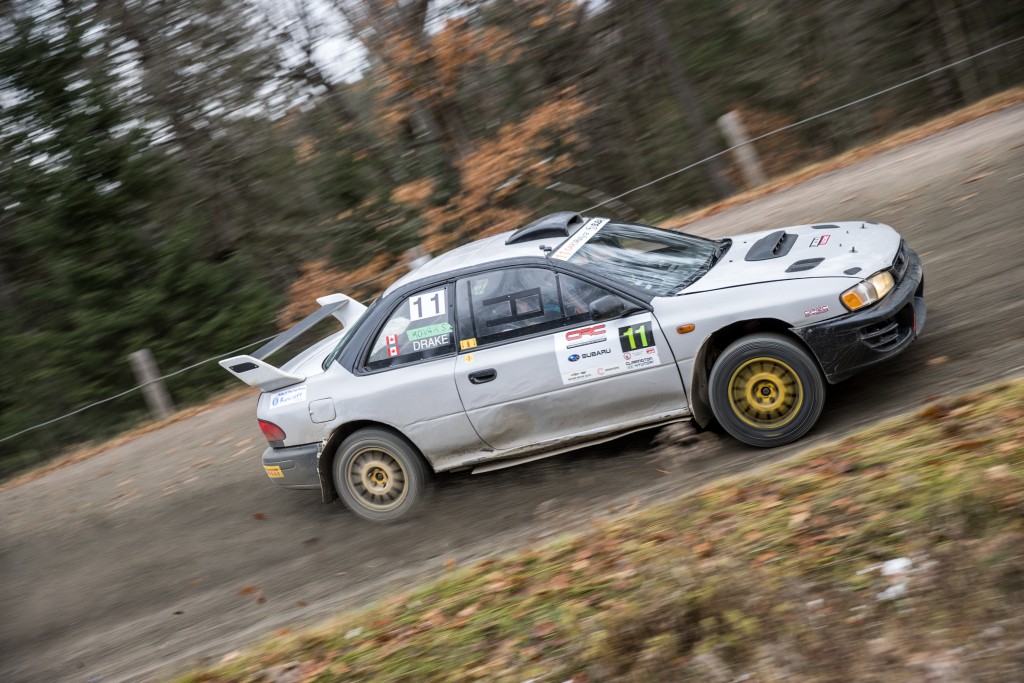 The Lincoln Electric Rally of the Tall Pines was the penultimate event of the 2021 Canadian Rally Championship. The grand finale will take place in three weeks’ time in British Columbia with the Big White Winter Rally. Everything is up for grabs in the overall standings between three Québec drivers. André Leblanc is first with 77 points, followed by Marc-André Brisebois (69 points) and Jérôme Mailloux (64). 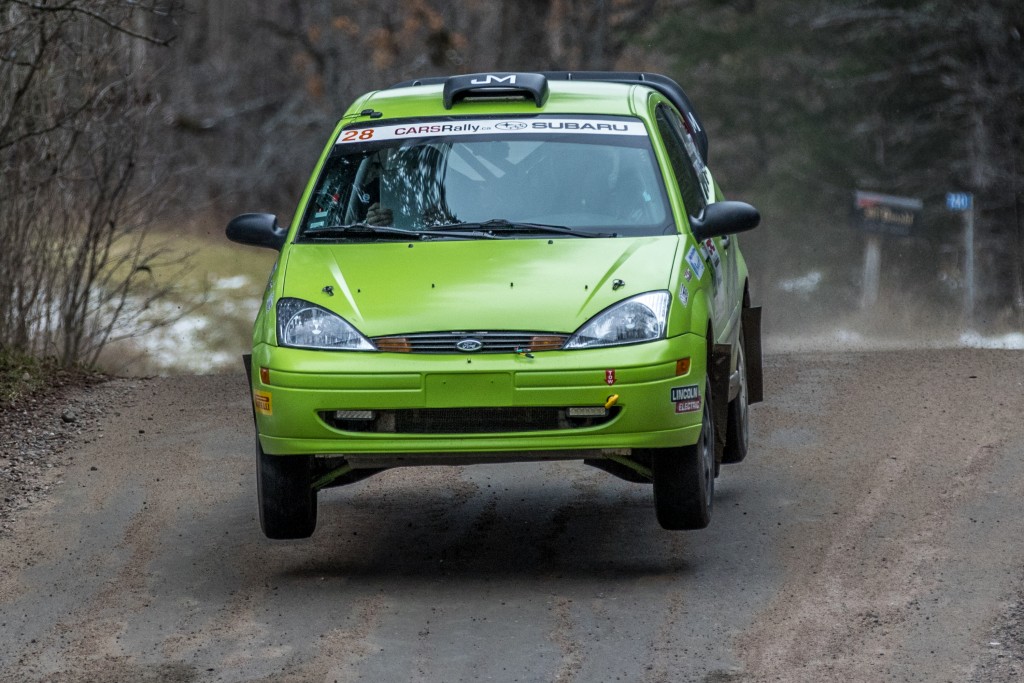