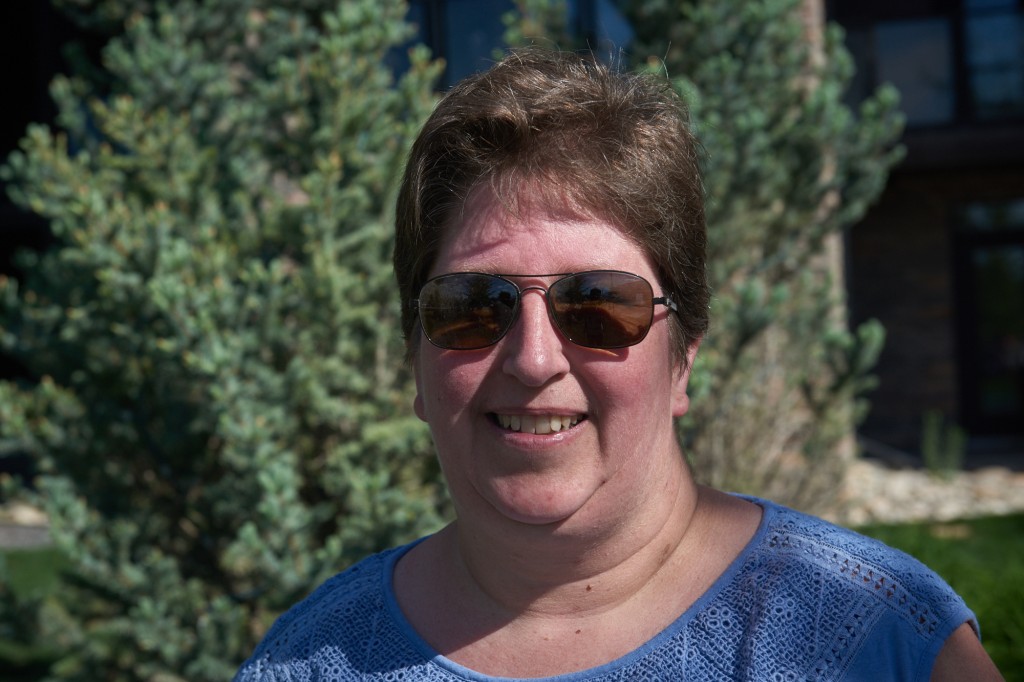 Chances are that if you’ve met Debbie Dyer at least once, you’ve been given a big hug. Dyer runs the office for the Canadian Association of Rally Sport, and has a wealth of experience in the sport, and a lot of love for the community she regards as family.

“The rally community is really a family,” said Dyer. “I’m a huggy person, so it’s great at events to get a big hug.”

Dyer has been hooked on rallying since 1985 when her then-boyfriend and now husband Mike invited her to come to a TSD rally with him. The plan was to do a control together, but plans were forced to change, and Debbie was left at a control with another volunteer while Mike hurried off to fulfill another role.

“I got to know the other volunteers, and when you spend so much time with someone else, you sort of become family,” said Dyer.

These days, rally is part of Dyer’s day to day life. As a full time mom, Dyer sets aside a few hours a day for her job handling the administration of the sport. She’s something of a lynchpin, handling finances, competitor licenses, supporting “stressed out” organizers, and organizing the annual general meeting and awards gala. She began this role in 2012, and has carried on ever since. Outside of her paid role, the work continues, volunteering in the Alberta rally community, and serving as long-time registration official for the Rocky Mountain Rally.

Through her decades of volunteer work, Dyer has seen a whole generation come up into the sport of rallying. People she knew first as volunteers or kids of rallyists are now serving as core committee members for events, or strapping into their own rally cars , in some cases successfully racing to championship victories.

Dyer is able to offer advice to almost anyone in any role in the sport because she too has done it all.

“I went from marshalling and working controls to doing course car work,” said Dyer. “I got told I would make a great 000. My car was only three months old at the time, and my first stick shift, so I had my radio operator drive it for me.”

She’s been an organizer of the Rocky Mountain Rally in 1993 and 1994, and over the past 26 years has served as the registrar for 18 editions of the event.

“I enjoy the paperwork and the people,” said Dyer.

She and Mike also competed together for two years, including one event Debbie had helped to organize. Mike’s co-driver had become unavailable, and so with the permission of the other teams, Debbie was able to sit in.

“We had a bunch of mechanicals during the rally,” said Dyer. “But we did manage to finish, though earned the nickname ‘Smokey.’”

Dyer has yet to get to most rounds of the Canadian Rally Championship. She made it to Rallye Baie des Chaleurs when the Scouts Canada – another group in which she invests a lot of time – Canadian Jamboree was held in Nova Scotia that same summer. However, the rest of the series still remains on the to-do list.

“I’d like to go to Perce Neige for the experience, and Pacific Forest Rally is looking to be possible in the near future,” said Dyer. “Any chance to go to Baie again would be great. I’d like to get to Pines and Défi someday, and Big White would be great, but is so close to the year end and AGM that it’s hard to have time in December.”

Throughout the interview, Dyer continues to come back to one theme, that of family. Perhaps that’s because for the Dyer family and so many others in Canada, rallying has become a multigenerational sport. Dyer’s father in law used to rally, and now her son Garrett has grown into the sport, helping out in a variety of ways, taking a page from his mother’s book.