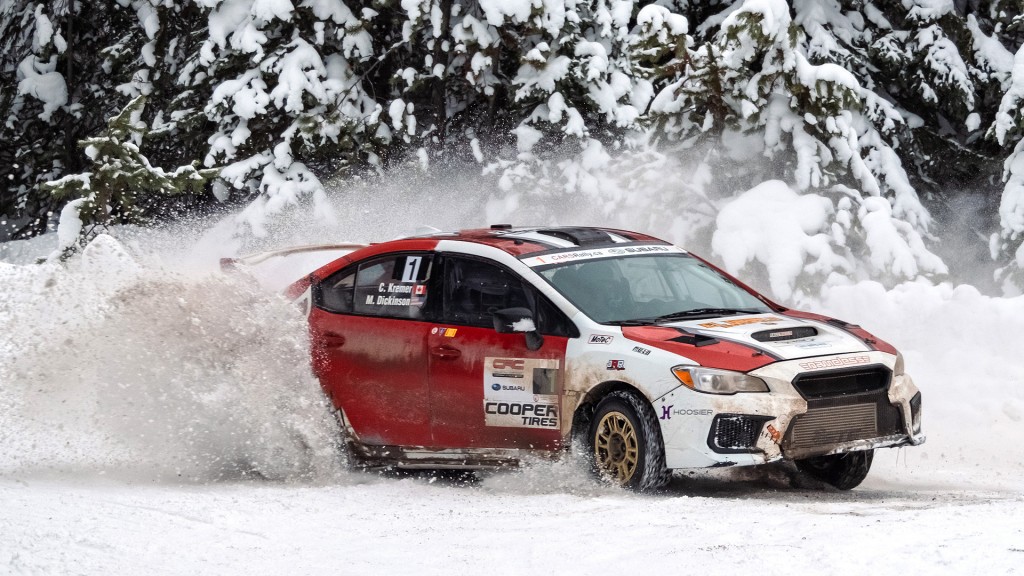 The season finale of the 2022 Canadian Rally Championship saw dramatic action in ideal winter conditions at the Big White Winter Rally. High snowbanks and fresh snow greeted competitors for the one-day event on the roads around Big White Ski Resort near Kelowna, BC. The event featured a morning loop of stages, followed by night-time action on one of the longest stages in the Canadian championship, featuring 36 kilometers flat out through tight snowbanks and hairpin turns. 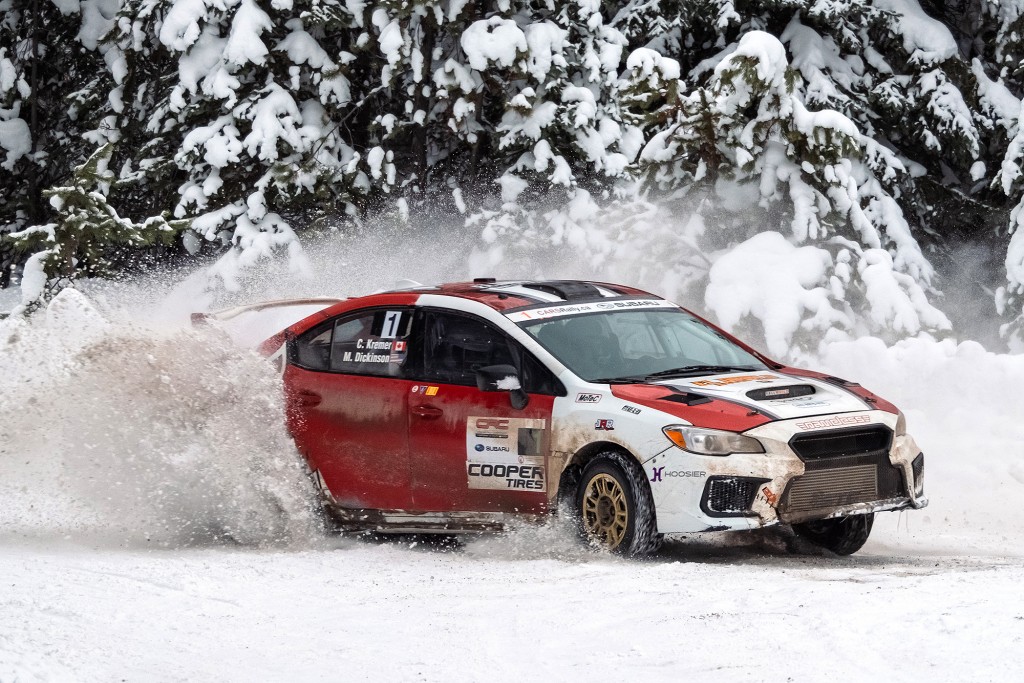 Matt Dickinson, and co-driver Chris Kremer, were first on the road in their Subaru WRX STI. This was the American driver’s first time rallying on snow, with the intent to gain experience for the US season opener in February. Showing consistency and impressive speed right out of the gate, Dickinson took an early lead after the first loop of four stages and never looked back. By the end of the rally, the team won overall by a margin of nearly four minutes. 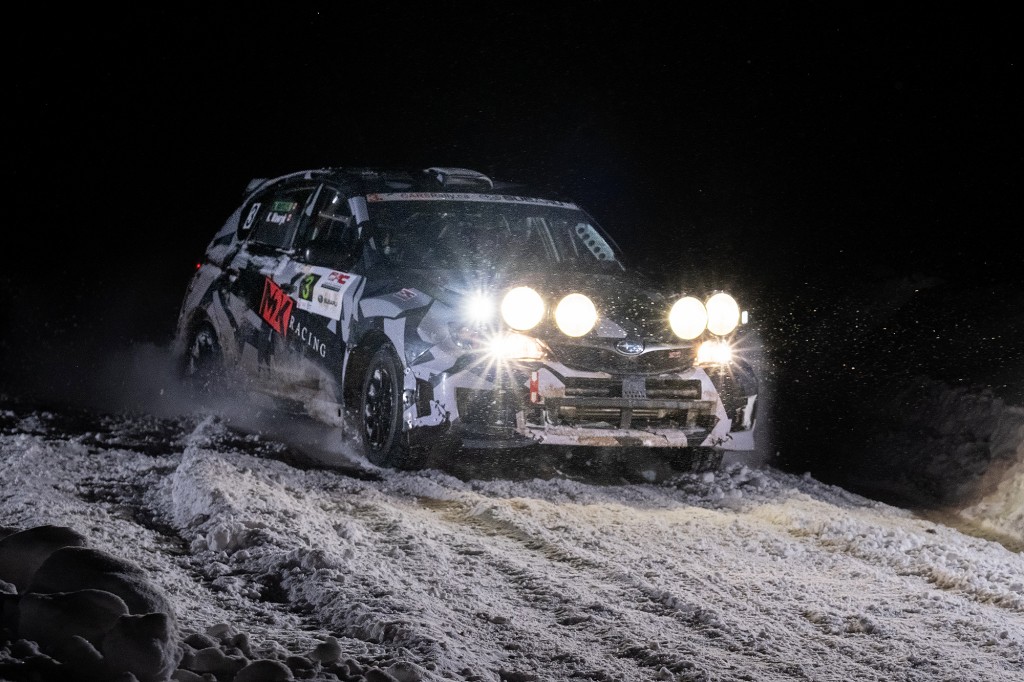 Relative newcomers to the sport, Ian Fry and Wesley Haas, held a solid grasp on second place throughout the event, until it all unravelled in the deep forest Gem-Falcon stage. Stranding their Subaru Legacy in a snowbank, the team lost minutes and tumbled off the podium.

This promoted experienced west coast rally competitors, Ken Wawryk and Daniel Norkus up to second overall after driving a smart rally to equal their best result. Despite his rally experience, it was Wawryk’s first time competing at Big White, and he successfully fended off several attacks by Roger Sieber through the midday stages. 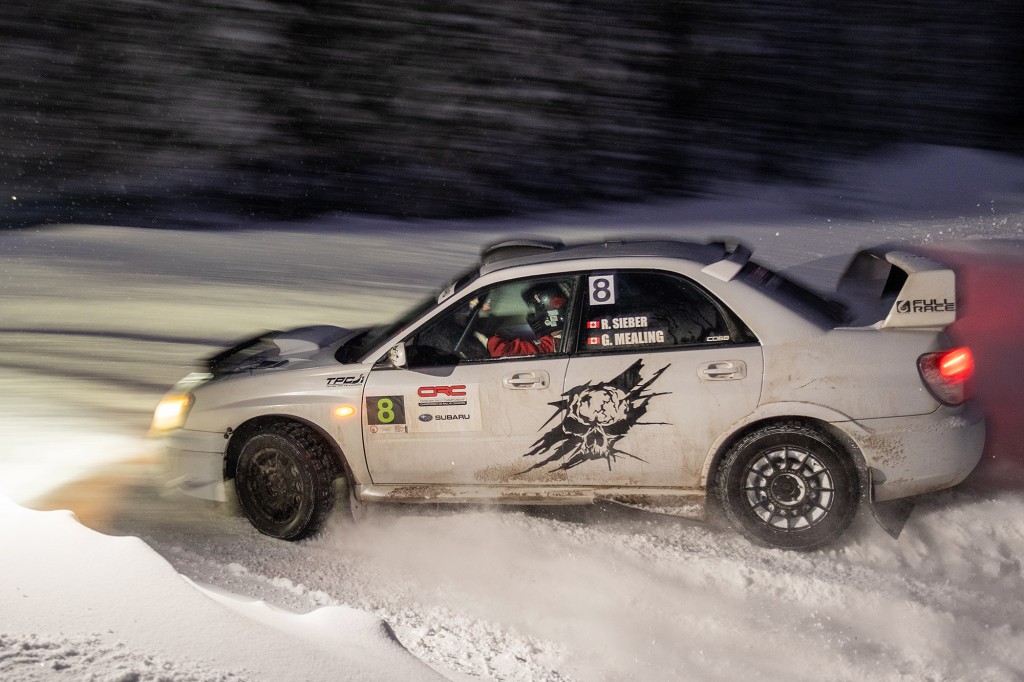 Building up their speed throughout the morning, Sieber and co-driver, Garrett Mealing, stepped up their charge midday, knowing that any attrition ahead could put them in prime position to capitalize. When Fry went off, their consistency paid off to claim their first National podium. 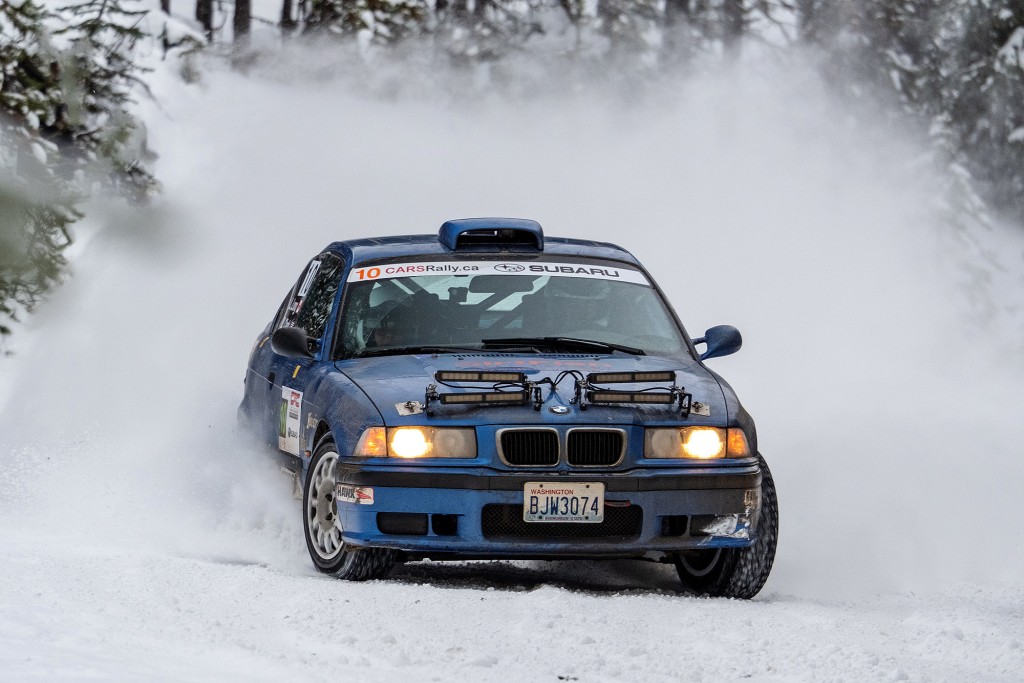 In the two-wheel drive class, the anticipated battle between 2022 Class Champion, Nick Wood and Dave Clark fizzled out on Stage 2 when Wood suffered power steering failure and his car was sucked into a snowbank. With a clear lead in the class early on, Dave Clark had to keep a calm head and keep his rear-wheel drive BMW between the snowbanks. After claiming podium spots before at this event, Clark and rookie co-driver, Lisa Long climbed onto the top step of the podium for the first time. Behind them, a last stage drama saw Garth Ankeny spin and lose time, dropping them from second in class to third behind Matt and Dan Bobyn. 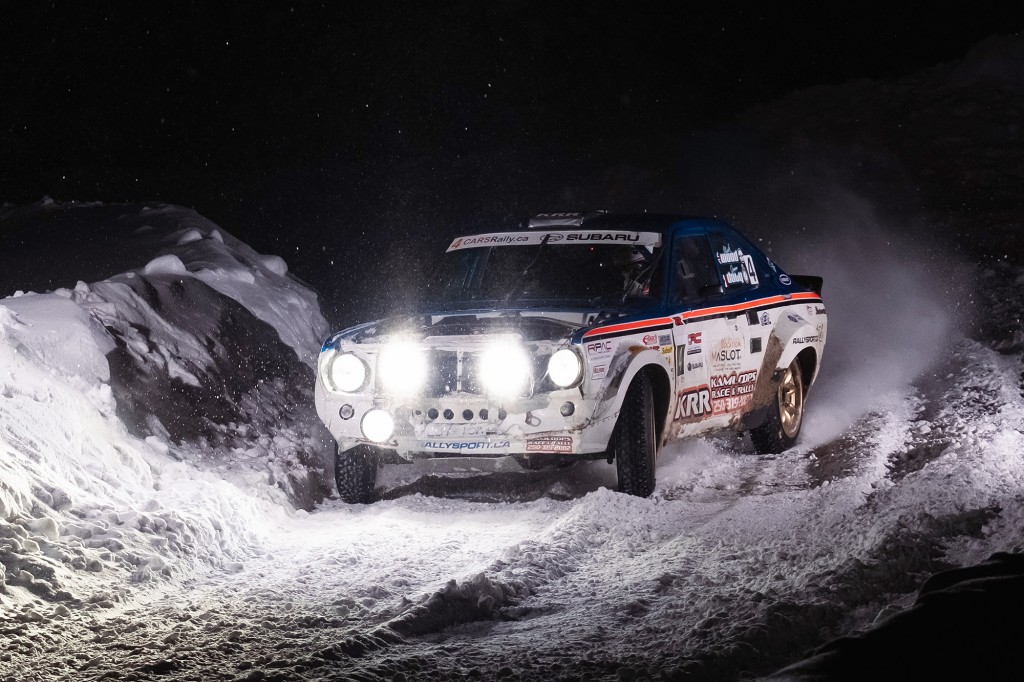