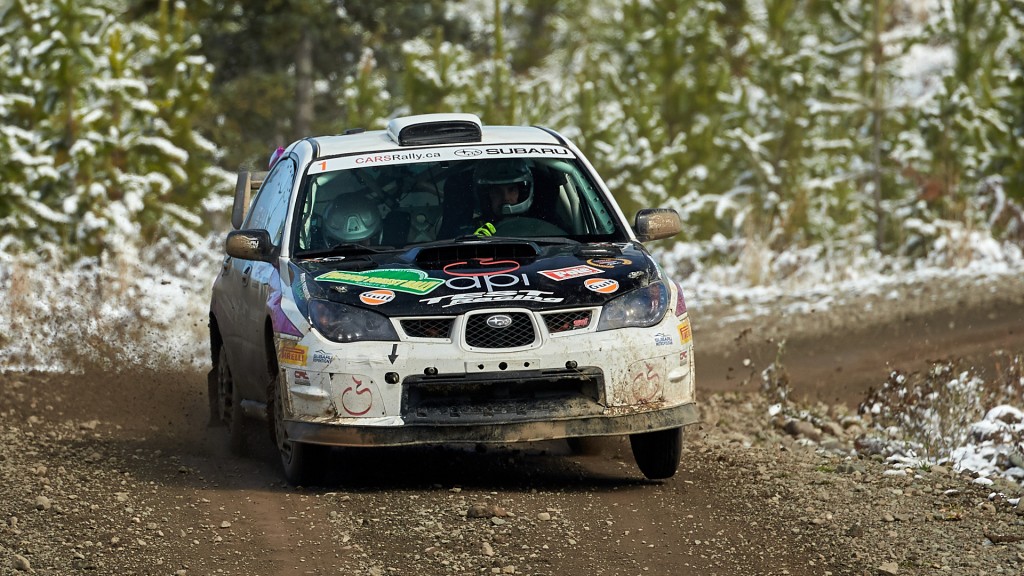 Karel Carré and Samuel Joyal claimed their second win of the season at the 2019 Pacific Forest Rally and now hold a commanding lead in the overall Canadian Rally Championship. Based in Merritt, British Columbia, the late September event is known for challenging weather conditions. Snowfall at the highest stage elevations just before the Friday start meant teams were scrambling to choose appropriate tires. 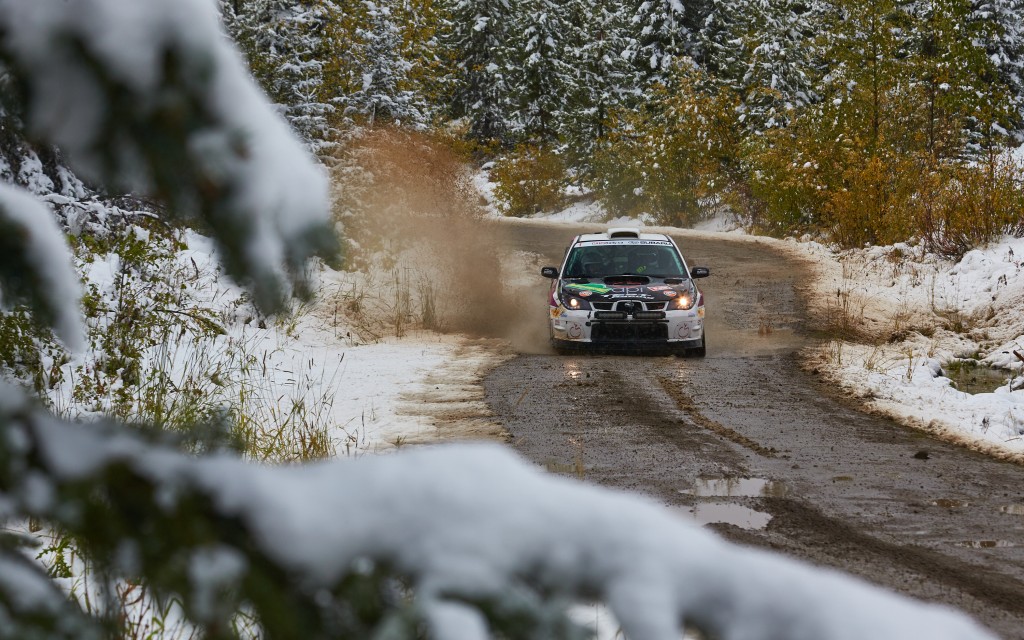 For the opening stages, Carré and Joyal mounted their secret weapon – a set of narrow Michelin snow tires. Many others opted for gravel tires hoping the snow had melted. It was an inspired choice for Carré, as the snow had accumulated in the forest, and the Test Racing team emerged with a 50-second lead after the first two stages on Friday. It was a lead they would manage for the rest of the rally.

“We couldn’t have asked for a better result than 22 points for the championship,” said Carré. “Our goal is achieved and we are really happy about the results.”

With their closest championship rivals not in attendance, the points gain puts them firmly in the championship lead heading into the final three rounds. 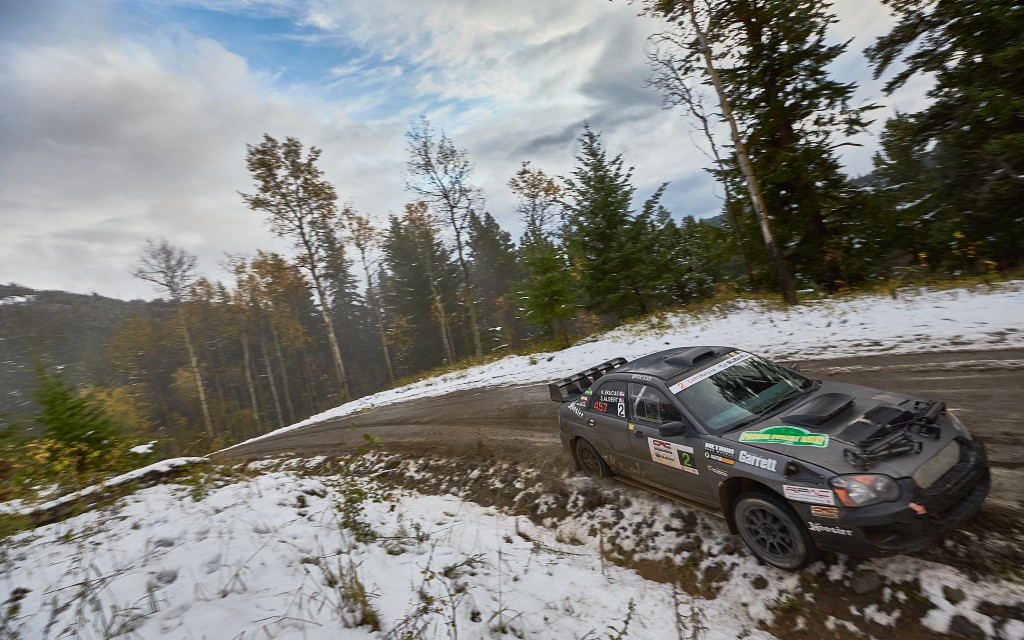 On gravel tires, Sam Albert and Krista Skucas suffered on the opening stage due to the snow, but kept within a few seconds of the reigning champions on the remaining three stages, sitting in second place overnight. However, a broken hub ended their podium chase early on Saturday morning. 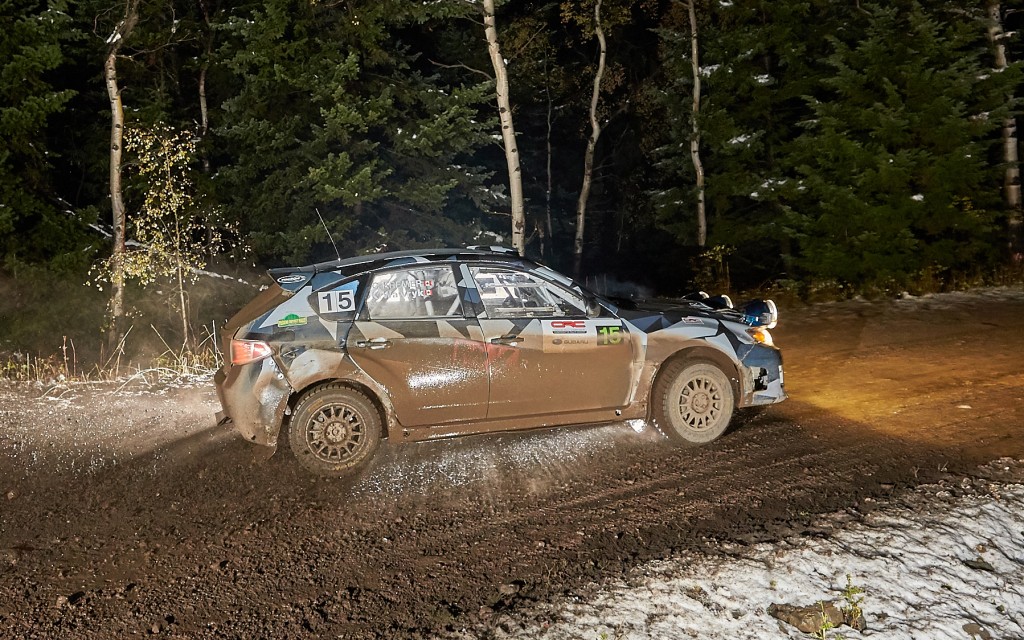 Ken Wawryk and Chris Kremer put in a confident drive, staying out of trouble early on to be in podium contention right from the first stage. Lying in third going into the final 30km stage, Wawryk put in a stunning performance in deep snow on gravel tires, winning the stage by over a minute and leaping up into second place. 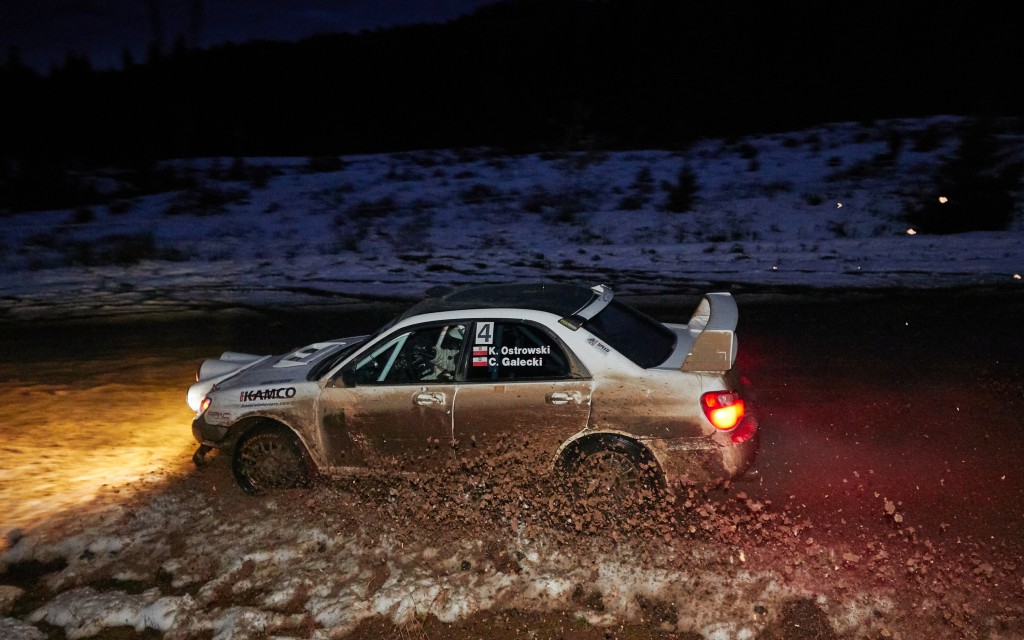 Krystian Ostrowki and Chris Galecki were enjoying a solid hold on second overall until they lost their rear brakes on the tight and twisty Brookmere stage, sliding back into the grasp of the chasing Wawryk. They held on through the final stage to finish third overall, their first national podium. 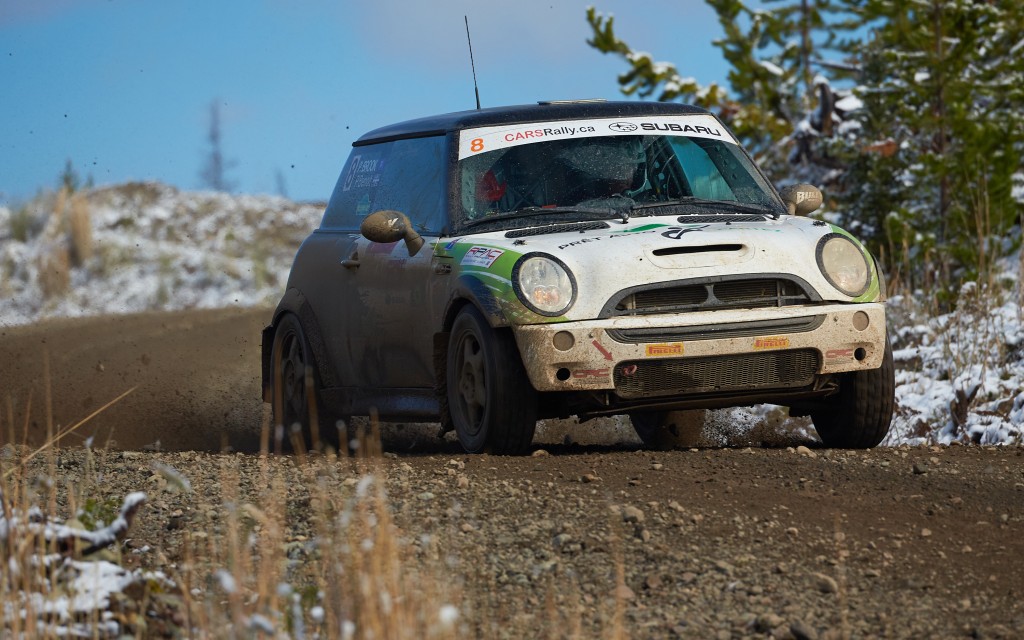 With the benefit of later road position, many two wheel-drive competitors gave the all wheel-drive teams a run for their money. Philippe Benoit and Peter Brook put in an eye-opening performance in the slushy conditions, setting top-3 overall times throughout the event. The Mini team claimed fourth overall and the class win, moving them back into the lead of the two wheel-drive championship.

“This is the best possible scenario,” said an elated Benoit at the finish. “Of course it would be better if Wim and Dave didn’t have any problems, but that’s the result and I’m proud of it.”

Previous championship leader, Wim Van der Poel, suffered a mechanical problem on Saturday putting them out of the rally. 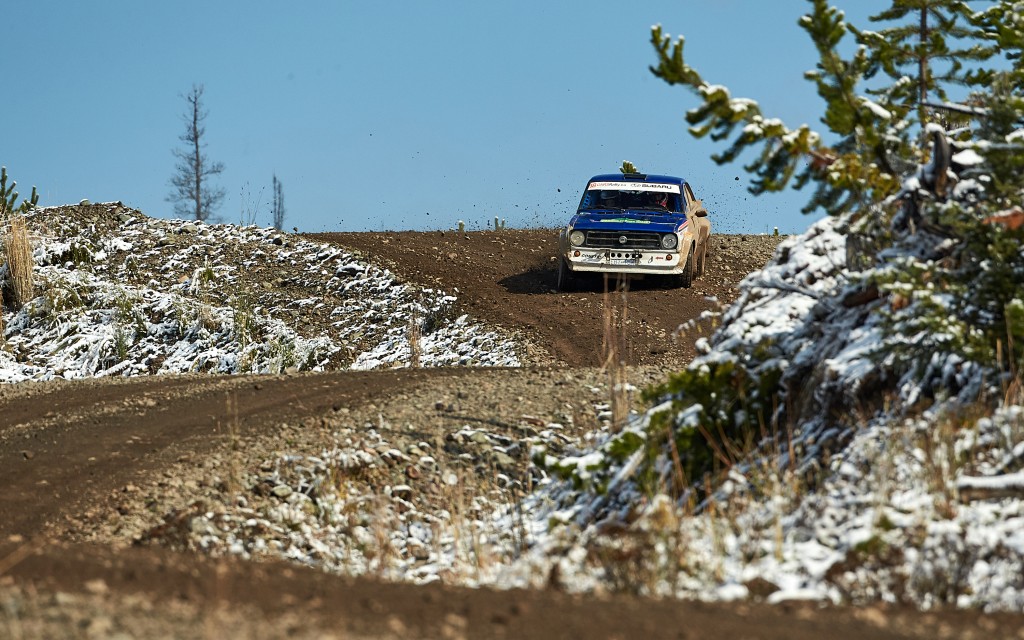 Full results can be found at: http://pacificforestrally.com/results/2019/results_main.html

The Canadian Rally Championship moves back East for the next round in Charlevoix, Quebec on October 18-19, 2019. 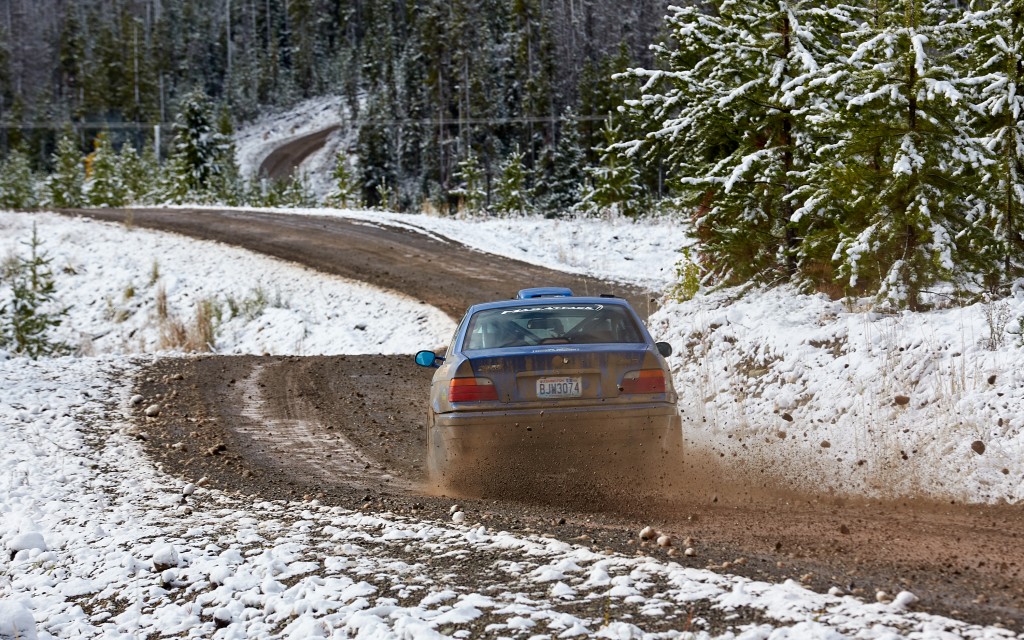