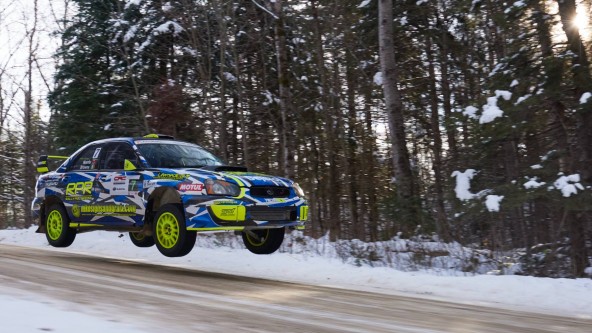 Jeremy has always been passionate about the sport of rally ever since he was a young boy. Having racing heritage in his blood through his Uncle, a British Rallycross Champion in the 90’s, Jeremy was excited to finally get behind the wheel of a rally car in 2010 at the Rally of the Tall Pines.

Norris slowly built experience over subsequent years and was recipient of the Canadian Novice Driver Award in 2013. 2013 also landed Norris the Canadian Production 4WD Championship. Taking 2014 off to rebuild his car and improve the performance of the vehicle, Jeremy returned in 2015, winning the Ontario Performance Championship overall, and gaining his first Canadian National podium position at the Rally of the Tall Pines.

Regretfully Norris’s start to the 2016 campaign couldn’t have gone much worse, crashing out hard at the Rallye Perce Neige and then suffering fire damage to his rally car post event.

Starting the 2017 season with a new car, and a fresh take on the team goals, Norris is back and excited for the challenge that lies ahead. Look for the Rally Pilot Racing team to be serious contenders for podium spots this season.