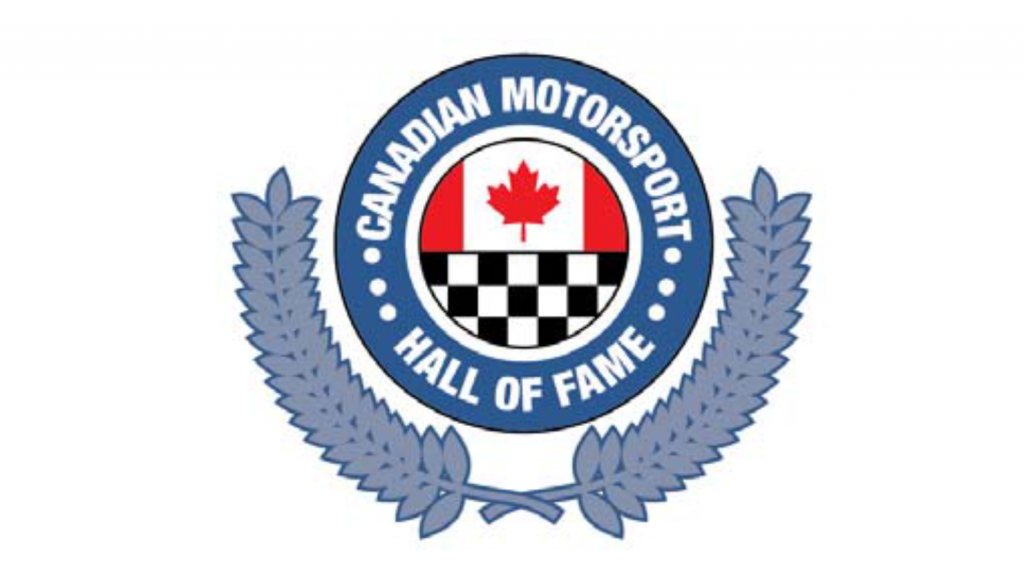 TORONTO, ON – The Canadian Motorsport Hall of Fame (CMHF) is pleased to announce that 15 individuals will be honoured as new members. Fourteen will be inducted in the Competitors / Motorsport Builders / Team Members / Significant Contributors category, with another included in the Media category.

Following a successful nomination process that saw 42 individuals, from across Canada, put forward for consideration, the Hall’s selection committee scored the submissions to determine this year’s class of inductees.

They represent the full spectrum of Canadian motorsports and include individuals from many regions across the country.
Discussing this year’s nomination and selection process, CMHF chair Dr. Hugh Scully said, “We are very proud to announce this year’s group of new inductees. We were extremely pleased with the quality of the nominations put forward and we thank everyone for their excellent submissions. I would also like to thank the members of the selection committee for their meticulous work reviewing the nominations. On behalf of the CMHF, we applaud the achievements and contributions of the new members and we look forward to welcoming them to the Hall.”

The CMHF Induction Gala was originally scheduled to be part of the Canadian International Autoshow (CIAS), in February 2021, in Toronto. The CIAS recently announced that it will take place as a virtual show, next year, because of the ongoing pandemic.
As a result, the CMHF is currently reviewing options for how and when the new inductees will be inducted. Details will be announced in the near future.

The new members are:

Currently the President and General Manager of Canadian Tire Motorsport Park (CTMP), the Orono, Ontario native has been a fixture at the legendary motorsport facility, located northeast of Toronto, for the past 50 years.

In 1976, at the age of 18, Brandt was promoted to Track Manager. Over the years, CTMP (formerly Mosport) has played host to a wide range of major international racing events, as well as Canadian and grassroots regional races, and concerts and festivals. Through several ownership groups
and facility upgrades, Brandt has been a steady hand at the multi-track facility.

Originally from Long Branch, Ontario, Jim Bray started racing at Toronto’s Pinecrest Speedway in the early 1950s. He was the second Canadian to take part in NASCAR’s Daytona 500 and competed in a total of 15 Cup level NASCAR events throughout his career. Additionally, he was active in Canadian oval and road racing for several decades.

Eventually transitioning to the role of car owner in the CASCAR Super Series and the NASCAR Pinty’s Series, Bray continues to be a force in the sport as the owner of a two-car team on Canada’s NASCAR circuit, at the age of 87.

The winner of the 1973 Bulova Formula Ford Championship at Mosport (now Canadian Tire Motorsport Park), Danny Burritt won multiple championships and honours during his career as a racer, mechanic and crew chief.

As a mentor, he’s worked with several top Canadian and world-famous racers, several of whom have already been inducted into the CMHF. Currently working at Multimatic Motorsports, he was the chief mechanic on the team’s Daytona Prototype effort that won its class at the Rolex 24 at Daytona and has been instrumental in all of the team’s victories and championships since, including wins at Le Mans, Sebring and others.

A five-time champion of the CASCAR Super Series West tour, Kevin Dowler followed up a successful karting and road racing career by becoming one of the most successful western Canadian stock car racers of all time. A ‘back-to-front’ victory at the 2002 Toronto Indy CASCAR race was one of 25 victories in that series, during his career.

A resident of Sherwood Park, Alberta, Dowler was also involved behind the scenes building tracks, attracting sponsors and running series and sanctioning bodies. He also owned and operated the successful Apollo Motorsports team that fielded teams in Canadian and international karting events and stock car series.

A member of the legendary Dumoulin racing family, from Trois-Rivières, Quebec, Louis- Philippe (L.P.) Dumoulin is a two-time NASCAR Pinty’s Series champion (2014 and 2018). Dumoulin started his career as a road racer and won the 2002 Formula Ford championship. After making the move to stock cars and NASCAR, Dumoulin enjoyed success driving for others, before working with his brother, Jean-Francois, to build their own championship-winning Dumoulin Competition team.

A ‘clean’ driver who has built a truly professional racing team with solid, long-term sponsors, Dumoulin and his teammates are also dedicated to supporting up-and-coming racers and worthy causes.

Between 1968 and 2013, Mike Miller was very active in promoting safety in Canadian motorsports. Serving in many capacities at road racing facilities around Ontario, Miller served on  2 safety crews at Harewood Acres, Mosport (now CTMP), Shannonville and the Toronto Indy.

He also worked on safety teams at the inaugural Montreal F1 race and in Edmonton for that city’s ChampCar and subsequent IndyCar events. Internationally, he worked on the safety teams at the Silverstone and Brand Hatch British GP races, and for the GP, Can-Am and other events at Watkins Glen (NY). Miller was also an innovator developing safety protocols and race physician organizations.

Following a five-year stint as the Series Director of the NASCAR Pinty’s Series, Nagy accepted the role as General Manager of the new Jukasa Motor Speedway, south of Hamilton, Ontario. The track
– now one of the top short tracks in North America – came about following a massive construction project on the site of the dormant Cayuga Motor Speedway, which was overseen by Nagy. 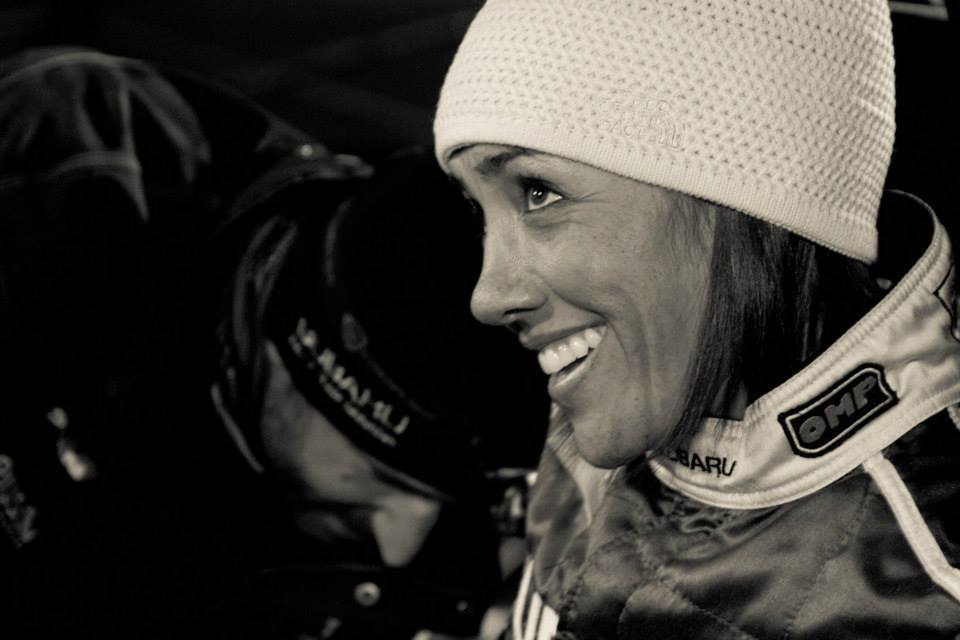 Halifax, NS rally racer Natalie Richard is one of the most successful Canadian rally competitors in history. Richard is a ten-time North American Rally Co-Driving champion, a nine-time Canadian Ladies’ champion and a five-time Canadian Rally Co-Driving champion. She’s amassed 47 national level overall victories (29 in Canada and 18 in the US) and appeared on 90 career national level podiums. She’s the only two-time Rally Triple Crown Champion, having won the Canadian, US and North American titles in 2004 and 2010.

A builder and promoter, Richard is an executive and founding member of Women in Motorsports Canada and has hosted the TSN and RDS broadcasts of Canadian Rally Championship events.

Since starting in the business in 1989 as a reporter / interviewer for Quebec’s RDS network, Montreal native Anne Roy has been involved in Canadian motorsports for more than three decades, in several capacities, including as the promoter of the 2011 IndyCar race in Edmonton, the head of communications for Formula Atlantic, and Director of Communications for Lotus’ IndyCar program.

As well, she’s been a publicist and media coach for several prominent racers including Patrick Carpentier, L.P. Dumoulin, James Hinchcliffe, Andrew Ranger, Bruno Spengler and Alex Tagliani and others. Since 2019, Roy has been chief marketing and communications officer for One Stop Strategy Motorsports, a consulting firm that specializes in motorsport events.

Prior to the NASCAR Pinty’s Series, the CASCAR Super Series was Canada’s national stock car championship. CASCAR was founded in the early ‘80s and was based out of London, Ontario’s Delaware Speedway, which produced several future CMHF inductees. In the history of CASCAR, no one won as many races as Dorchester, Ontario’s Steve Robblee.

A resident of Edmonton, Alberta, Dr. Robert Francis Seal was part of a five-member group that founded the Canadian Motorsports Response Team (CMRT), in 2011. Dr. Seal is the President and Medical Director of the CMRT. The organization has one team based in Alberta and another in Quebec and Ontario, providing service and support at major racing events, of all kinds, in those three provinces. The CMRT developed the Medical Extrication Device (MED), a slim, carbon-fibre board that assists in the process of removing drivers from vehicles.

Dr. Seal is also the Chairman of the International Council of Motorsports Sciences (ICMS), an association of scientific and educational professionals who work to improve performance and safety in all forms of racing. Dr. Seal is also involved with the Road Track Safety Program and One Stop Strategy Motorsports and has served as the Medical Director and Deputy Medical Director for many major racing events across Canada.

For parts of four decades, Ron St. Clair was one of the most prominent and recognized ‘voices’ in Canadian motorsports, announcing at upwards of 50 tracks across Canada. The official announcer at Delaware Speedway and for CASCAR, St. Clair was also involved in sales and marketing for the sport. After moving to British Columbia, he continued announcing at Vernon, BC’s Sun Valley Speedway and for the WESCAR and ARCA West series.

A prominent competitor in Formula Atlantic, Trans-Am, Grand-Am and IMSA, Wilden has competed and won races in Canada, the US, Mexico and the Dominican Republic. He holds the record for the most professional wins at Canadian Tire Motorsport Park (CTMP). A versatile driver, Wilden also has an impressive resume as a driver coach and instructor. 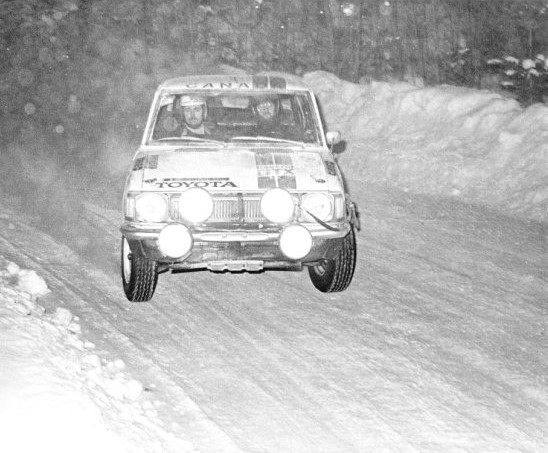 Doug Woods is a five-time Canadian Rally Championship (CRC) co-driver champion and is the only co-driver ever to win five consecutive CRC titles (’70 – ’74). In all, the Chelsea, Quebec racer 4 scored victories in all but two Canadian provinces as he collected 32 career CRC wins.

Woods’ other major victories included the ’73 World Rally Championship (WRC) ‘Press On Regardless Rally,’ near Detroit, with Driver and CMHF inductee Walter Boyce. This remains the only Canadian victory in a WRC event. Woods also won the 1970 FIA International Canadian Winter Rally. During his career, Woods competed in rallies in Canada, the US, Finland, Ireland, Wales, England and Scotland, racing with Boyce, John Buffum and others. Beyond his co-driving achievements, Woods also served as Rallymaster and in other roles at prominent rallies across Canada and the US. 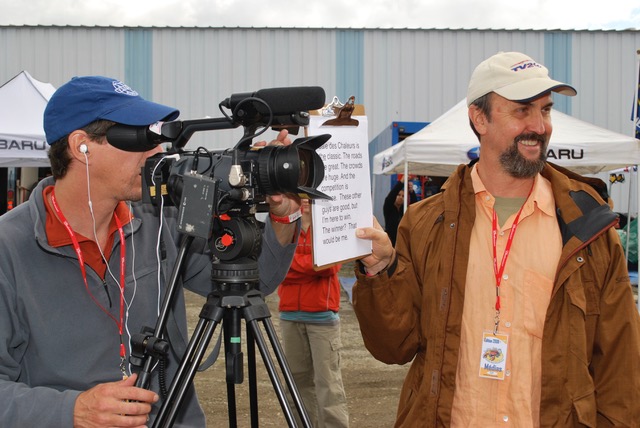 For four decades, Lawrence Partington wrote, directed and produced Canadian motorsports shows for audiences in this country and around the world. Shows that captured the competitors’ talents and passions – delivered using innovative technologies – made Partington’s productions popular with generations of racing fans and general sports enthusiasts.

The Toronto-based producer created shows for the Esso-Protec F1600 Series, the Firestone Firehawk Series, the Magna Enduroseries, Formula Atlantic, the Players/GM Series, ChampCar & IndyCar, the Canadian Rally Championship, IMSA, SCCA, the Rothmans/Porsche Series, and many others. Other major event productions featured the GP3R, Targa Newfoundland, the Grand Prix of Canada, the 24 Hours of Le Mans, Export ‘A’ Hydroplane Boat racing and more.

ABOUT THE CMHF: The Canadian Motorsport Hall of Fame (CMHF) exists to honour and recognize the efforts, achievements and contributions that Canadians have made in the realm of Canadian Motorsports. The CMHF was officially opened in 1993 and began inducting honourable members in that year. The Hall of Fame now has inducted over 200 individuals and organizations, who have been recognized for their accomplishments and contributions to Canadian motorsports. These men, women and companies have earned the privilege to be a part of the Hall. Categories for induction include: Competitors, Motorsport Builders, Team Members and Significant Contributors. The CMHF hosts an annual induction ceremony that has become a popular and important event to the Canadian motorsport industry. The Canadian Motorsport Heritage Foundation operates as a not-for-profit charitable institution. For info, visit CMHF.ca or email info@cmhf.ca.