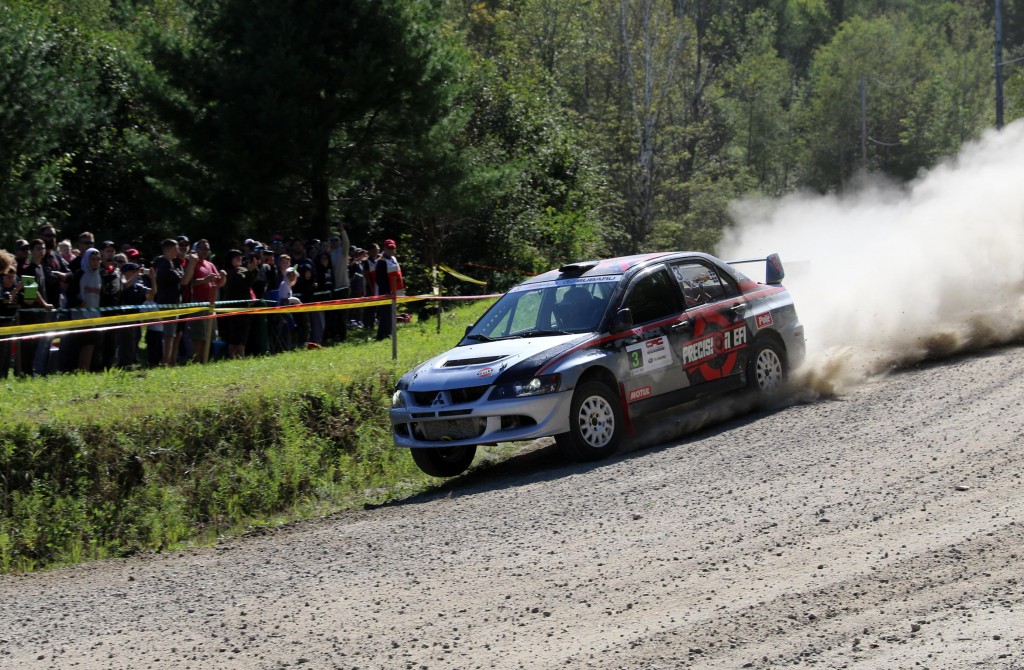 Third Victory of the Season For Jean-Sébastien Besner, Winner of Rallye Défi

September 9, 2018.- Sixth of eight rounds in the 2018 Eastern Canadian Rally Championship (ECRC), the Rallye Défi took place this past weekend in the Montpellier (MRC Papineau, Outaouais) region of Quebec. The event was held under perfect conditions, under a blue sky as far as the eye could see, and crowned Jean-Sébastien Besner and his co-driver Yvan Joyal as ECRC winners in their Mitsubishi Lancer Evolution.

This was the Montreal driver’s third victory of the season, as he entered the event already in the lead of the championship standings, and then dominated the class from start to finish. In the end, Besner/Joyal were victorious by a margin of three minutes and forty-four second ahead of Simon Vincent and Hubert Gaudreau (Subaru WRX STI), who lost all hopes of a win when they fell victim to a flat tire after hitting a rock in one of the first stages. Nonetheless, Vincent/Gaudreau managed to conserve second place in the ECRC, finishing forty-two seconds in front of Nicolas Laverdière and Vincent Trudel (Mitsubishi Lancer Evolution).

In addition to their overall podium, Laverdière/Trudel also won the Production 4 Wheel Drive Class, while ECRC second place, Novice class victory, and fourth place overall went to Jérôme Mailloux, co-driven by Ian Guité in their Ford Focus 4WD. Despite suffering from damage following a contact, Mailloux/Guité were once again impressive as they made their way in front of the thousands of spectators lining the course of this popular event.

The Top 5 was rounded out by last July’s Black Bear Rally winners Sébastien Clark and Yanick Marin (Subaru WRX STI). They finished ahead of the duo made up of Jonathan and Jeremy Drake (Subaru 2.5 RS) and two-wheel drive winners Ontarians Chris and Dan Cyr in their Toyota GT86. For Canadian Drift Champion Pat Cyr, this was his second 2WD win in the ECRC series, demonstrating his competitive rally talent, despite still being a novice driver in the sport.

The Top 10 was completed by rookie Réjean Perron, co-driven by Alexandre Marcoux (Mitsubishi Lancer Evolution); Julien Rondeau and Jonathan Raymond, second in 2WD in their Honda Civic; and Michael Ketchum /Jonathan Desgroseillers, winners of Production 2WD with their Mazda 323. 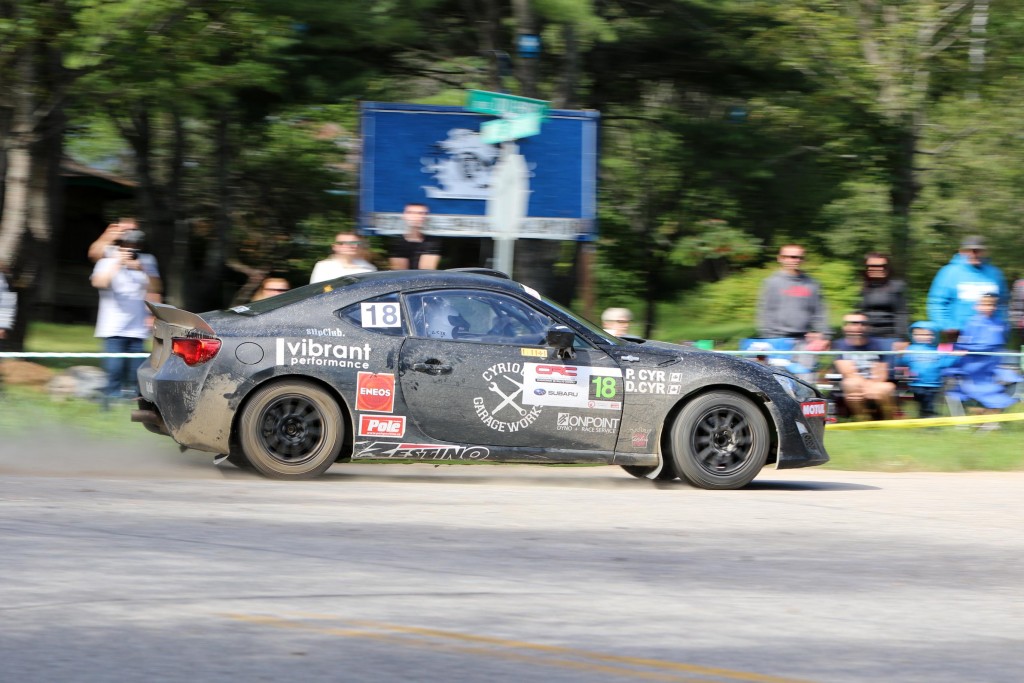 The following ECRC outing of the season will take place on October 19 & 20, again in Quebec, this time for the Rallye de Charlevoix. One of the highlights of the season, with its city stages and breathtaking views, this rally will be the penultimate event of the 2018 calendar.