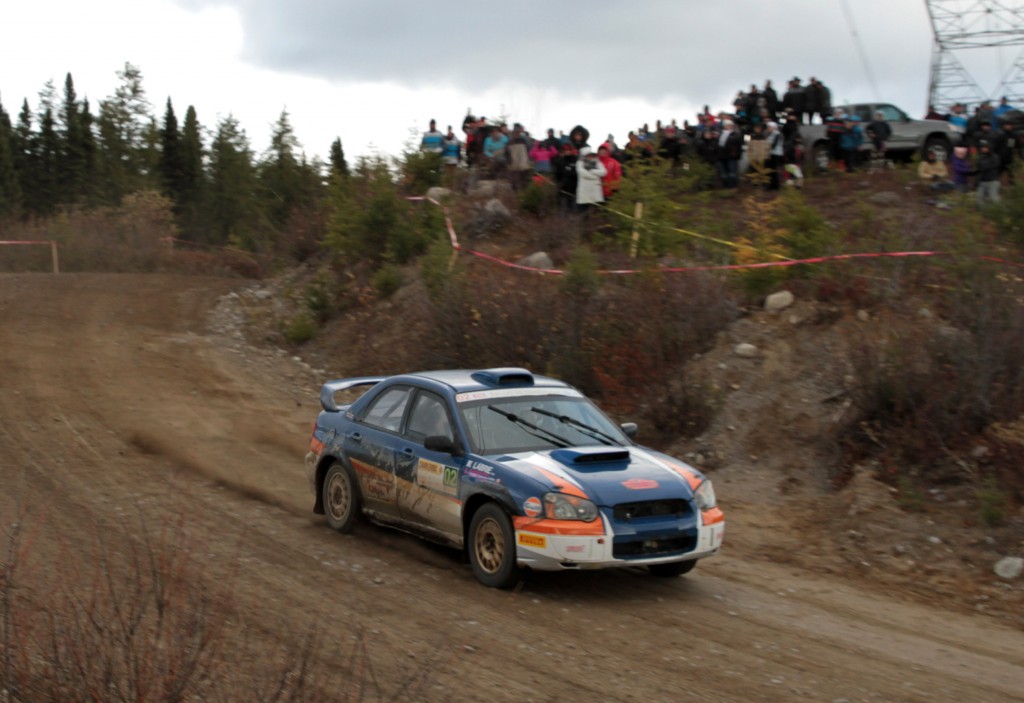 October 21, 2018.- The Rallye de Charlevoix, the penultimate event of the 2018 Eastern Canadian Rally Championship (ECRC), was held this weekend and despite the challenging weather conditions, it was filled with excitement and put on a great show for the thousands of spectators on hand.  In the end, le Quebec duo of Maxime Labrie and Anik Barrette claimed the victory in their Subaru WRX STI. For the driver, originally from La Prairie, this was his fifth win in Charlevoix, a new event record that previous held by decorated Audi driver Frank Sprongl, who had won four times in the 1990s.

Last year’s event winner and current ECRC championship leader, Montrealer Jean-Sébastien Besner, co-driven by Yvan Joyal in a Mitsubishi Lancer Evolution IX, started the rally as the early favourites.  After having dominated the first two competitive stages held Friday night in the town of Clermont, Besner and Joyal lost all hope for victory when they broke a damper after suffering a flat tire in Saturday morning’s first forest stage.

Saturday’s action actually began with two competitive stages in the town of La Malbaie, on the famous Chemin des Falaises that had contributed to the event’s popularity all across North America over 20 years ago.  These two closely watched stages were won by Jérôme Mailloux/Ian Guité (Ford Focus 4WD) and by Steeve Hobbs/Philippe Poirier (Subaru WRX STI). The town stages didn’t change the standings but the final competitive sections of the day, including the 35 kilometers contested in darkness in the ZEC Bataram, brought with it a lot of surprises. 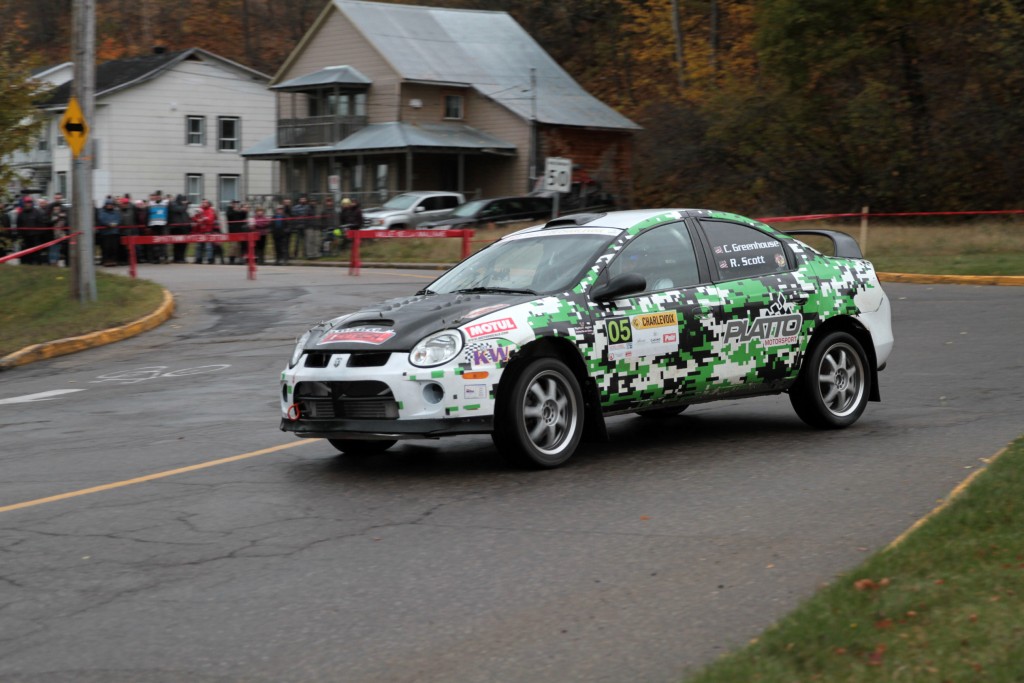 Throughout the twelve sometimes wet and very windy stages, four different teams set fastest times. Following Labrie/Barrette, it was believed for a long time that Americans Chris Greenhouse and Ryan Scott would finish second in their powerful 2WD Dodge, however, an accident in the last stage cost them seven minutes.  Hobbs/Poirier also had to retire before completing that final section.

As a result, Sébastien Clark and Yanick Marin (Subaru WRX STI) moved their way to second place overall, eight minutes behind Labrie/Barrette and 38 seconds ahead of Ontarians Alexander Willink Bruce Leonard (also in a Subaru WRX STI). Contrary to Leonard’s experience as a co-driver, driver Willink was competing in the very first rally of his career !

Second in 2-wheel drive and ninth overall, Mathieu Leblanc and Éric Guité (Honda Civic) could have claimed a class victory had they not incurred a two minute penalty.  In the overall standings, they finished ahead of Simon Dickner/Pierre-Luc Lagacé (Subaru), Mailloux/Guité, Pierre-Luc Poisson/Nicolas Tousignant (Subaru), Mikael Arsenault/Pierre-Luc Chouinard (Subaru) and Philippe Benoît/Maxime Gagnon, who close out the Top 12 and the 2-wheel drive podium with their Mini Cooper. 17 of the 22 teams that started completed the event.

This edition of the 2018 Rallye de Charlevoix, presented by the Casino de Charlevoix, Pole-Position magazine, and the Fairmont Manoir Richelieu, tightened the gaps in the ECRC drivers’ championship hunt.  Jean-Sébastien Besner maintains a solid lead with Sébastien Clark now 16 points behind.  The overall title will be decided between these two drivers at the final event of the season, while in two-wheel drive, the battle is still on between current leader Philippe Benoît and Mathieu Leblanc, who trails by 9 points.

The final round of the 2018 ECRC season will take place in Bancroft, Ontario on Saturday, November 24th for the Rally of the Tall Pines.