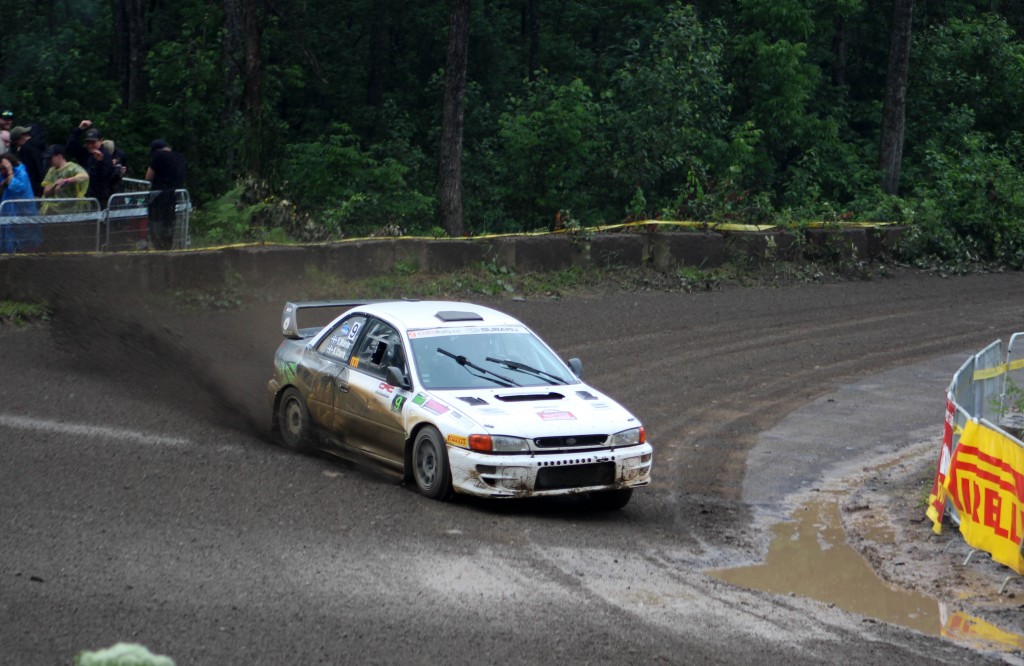 July 3, 2022.- After a three-month break, competitors in the Eastern Canadian Rally Championship (ECRC) were once again in action this past Saturday for the annual running of the Rallye International Baie-des-Chaleurs, in New Richmond, Quebec. Reviving the usual event weekend’s fun-filled activities all over town for the thousands of fans visiting Gaspésie, the rally is contested in multiple segments.  The first two counted towards the ECRC and were taking place on Saturday.

24 of the 39 entered teams were registered for the ECRC. By the end of the competitive stages, which were held on dry dirt roads, newly soaked by recent showers, it was Sébastien Clark and co-driver Yannick Marin who finished in first place, in a Subaru WRX STI.

It was the duo of Jean-Sébastien Besner/Yvan Joyal (Mitsubishi Lancer Evo) which led for most of the rally but a mechanical issue on the eighth stage lost him time towards the end of the day. This was to the advantage of Sébastien Clark and Yannick Marin, who finished by taking top spot on the final stage, beating Besner/Joyal by over one minute as they completed the infamous Camp Brûlé stage in front of the highly attended and always exciting spectator zone.

Sébastien Clark and Yanick Marin earned their first victory of the season by a margin of 17.5 seconds ahead of Matthew Ballinger and Bruce Leonard (Subaru WRX STI), who beat Besner/Joyal for second place by just one tenth of a second. The second spot team was constantly in the ECRC Top 5 and were rewarded by this podium. They also win the 4WD Production class.

Simon Aubé and François Joanisse were contesting their first event in past champion Yves Barbe’s Test Racing Subaru WRX STI after Barbe retired following the Rallye Perce-Neige earlier this spring. The promising novice team finished in fourth place, less than one minute behind the winners. 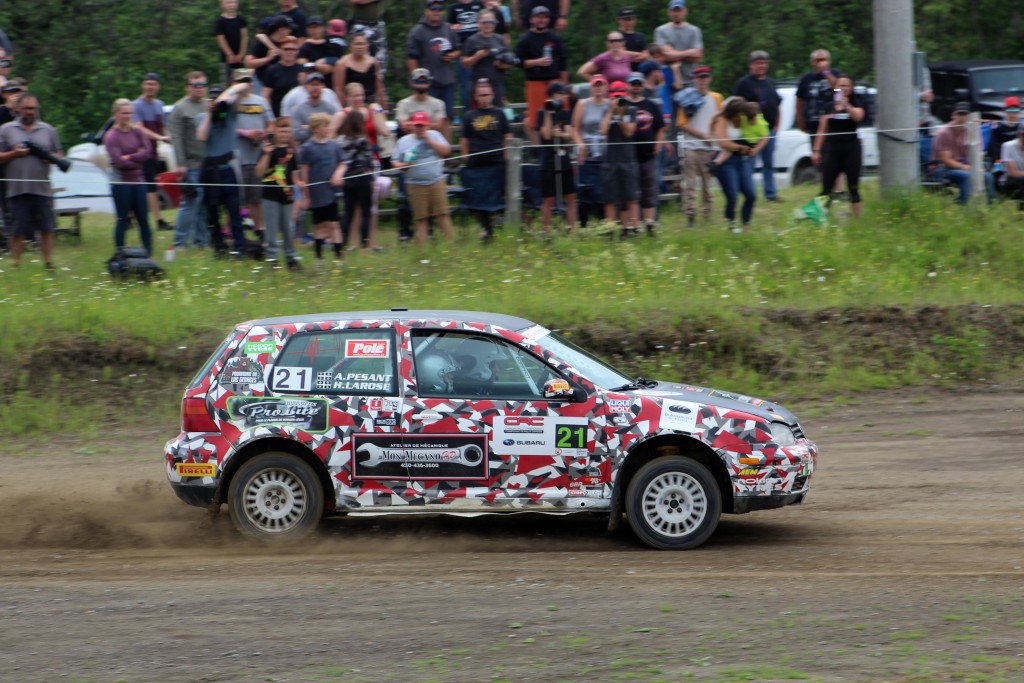 The Top 6 Overall finishers in the ECRC classification were rounded off by Dave Cyr and Amélie Bélanger (Subaru WRX STI) and by the 2 wheel-drive winners, Hans Larose and Alex Pesant, at the wheel of their Volkswagen Golf GTI.  This team dominated the class on their way to their first ECRC victory since the 2020 Rallye Perce-Neige.

Another great performance came from rookie Mathieu Royer, co-driven by the experienced Jonathan Desgroseilliers in a Nissan Sentra. Never separated from Larose/Pesant by more than 5 overall positions for the duration of the competition, Royer had a fantastic first event of the series.

Trevor Pougnet and Ryan Rouleau (Subaru WRX STI), the novice Michaël Leblond, co-driven by Dominik Dumont (Subaru WRX STI), and the duo of David Gagné/Pierre-Charles Babin (Honda Civic) completed the first ten teams ranked in the ERCR. Gagné/Babin finished third in 2 wheel-drive (and winners in 2WD Production class), less than one minute behind the Porsche 911 of Pascal Besse and Nicolas Tousignant, who are classified third in Open 2WD class.

All in all, 16 of the 24 entered ECRC teams completed the event. The Rallye International Baie-des-Chaleurs continues this Sunday with the stages that count towards the North American Cup, FIA NACAM, and the Canadian Rally Championship.

The Eastern Canadian Rally Championship (ECRC) is comprised of eight events this season, spread out between Ontario and Quebec.  The next round will take place in just two weeks on July 16th, for the Rallye International de Québec – Tour de Portneuf.  It will be the anticipated return of this event to the calendar, after a twenty-year absence.