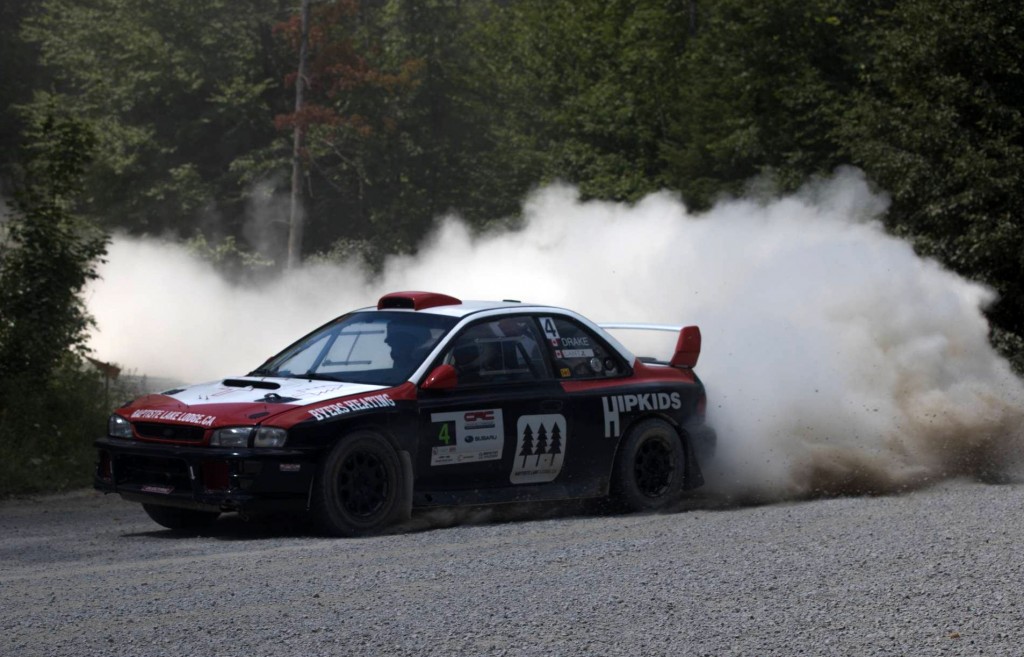 August 8, 2022.- After three events contested in Quebec, the Eastern Canadian Rally Championship (ECRC) presented the Black Bear Rally last weekend in Ontario, as the fourth round of its 2022 season. A rally held in dusty conditions and hot summer temperatures, this event’s history includes winners as prestigious as American Travis Pastrana. This year, only teams from Ontario and Quebec were registered, with the victory going to Jonathan Drake and Ian Lantz.

Drake, of Kingston, Ontario, was at the wheel of his familiar Subaru Impreza WRX. With Ian Lantz (London, ON) as co-driver, he won the second half of the event after benefiting from a two minute penalty awarded to Matthew Ballinger and Crawford New for having entered a control zone two minutes early. This penalized duo led the rally from the second competitive stage in their Subaru Impreza WRX.  In the end, Ballinger and New finished in second place, one minute and nine seconds behind Drake/Lantz.

The podium was completed by a third Ontario team consisting of Trevor Pougnet and Ryan Rouleau of Ottawa, also in a Subaru Impreza WRX. They finished two minutes and thirty-two seconds off the winners. 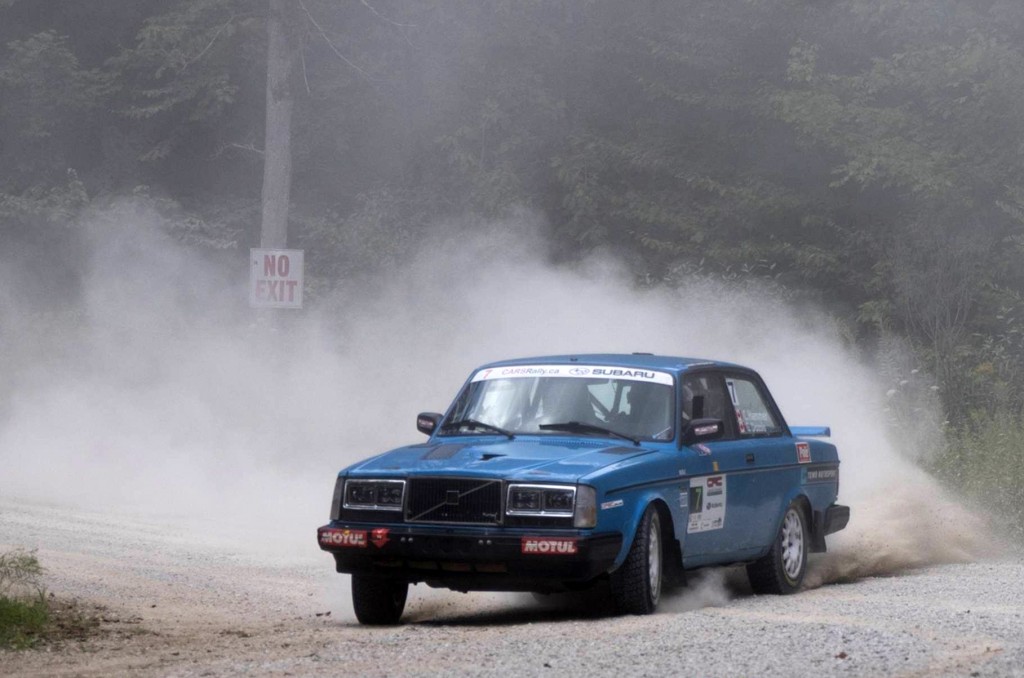 Fourth overall and winners of 2 wheel-drive class in their historic Volvo 242 Turbo, Quebeckers Charles Hammer and Guillaume Dozois led their category for all eight stages that made up this rally. Their battle with Sean McConnachie and John Gerryts in much more modern Ford Fiesta ST, lasted for a good portion of the event. A mere 7.5 seconds separated the two rivals at the end.

The podium for the two wheel-drive class was rounded off by Mark Toufanov and Justin Ranni (Toyota FR-S). They finished in the Top 6 overall rankings, ahead of Chuck Storry and Zvonimir Bracika in their spectacular Lancia Delta Integrale.

Also to note was the victory in 2WD Production class going to Roderick Jones and Sam Roxon (Mazda 3) while Andrew Wallbank and David Bell (Subaru WRX STI) had to withdraw following engine problems. This team had earned the fastest time on the first competitive stage and seemed capable of going head-to-head with Drake/Lantz and Ballinger/New for the overall victory up until their abandon.

Grant Rawcliffe and Brandon Pace (Ford Focus) also did not finish the 2022 Black Bear Rally, which marked the mid-season of the Eastern Canadian Rally Championship.

In the drivers’ championship, Matthew Ballinger is leading the 4 wheel-drive class. With 44 points, he’s 17 points ahead of Trevor Pougnet and 19 ahead of Quebecker Olivier Martel. In 2 wheel-drive class, Hans Larose holds a comfortable lead.

The Eastern Canadian Rally Championship (ECRC) consists of eight events this season, spread out between Ontario and Quebec. The next event will be the Rallye Défi Petite-Nation, taking place in the Outaouais region of Québec, on September 9th and 10th.