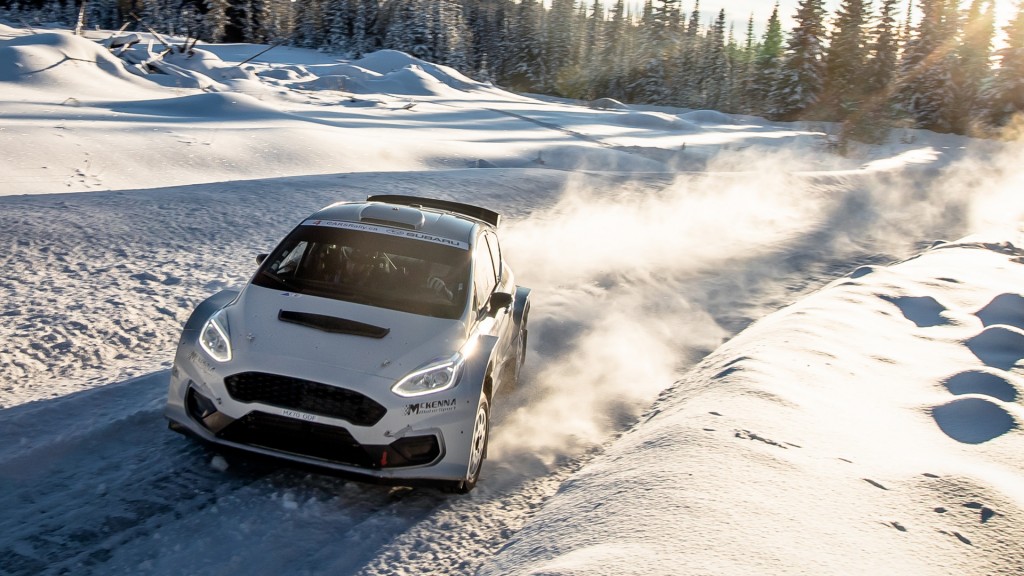 Kyle Tilley and Alex Gelsomino piloted their Fiesta R5 to a commanding win at the Big White Winter Rally, the final round of the 2021 Canadian Rally Championship. Finishing second at the event also secured André and René Leblanc the overall national championship title.

The Big White Winter Rally started Saturday evening under the cloak of darkness and heavy snowfall. Having never previously driven on snow, Kyle Tilley intended to use the event as a learning opportunity for next year’s winter season-opener in America. The experienced road racer’s cautious approach to the early stages paid off, trailing Leblanc by just a few seconds after the first loop. When blowing snow reduced visibility on the second loop, he trusted the pacenotes being called by Gelsomino and earned a 38-second lead at the end of the night. Tilley put the seal on the win with two stage wins to start Day 2 and never looked back. 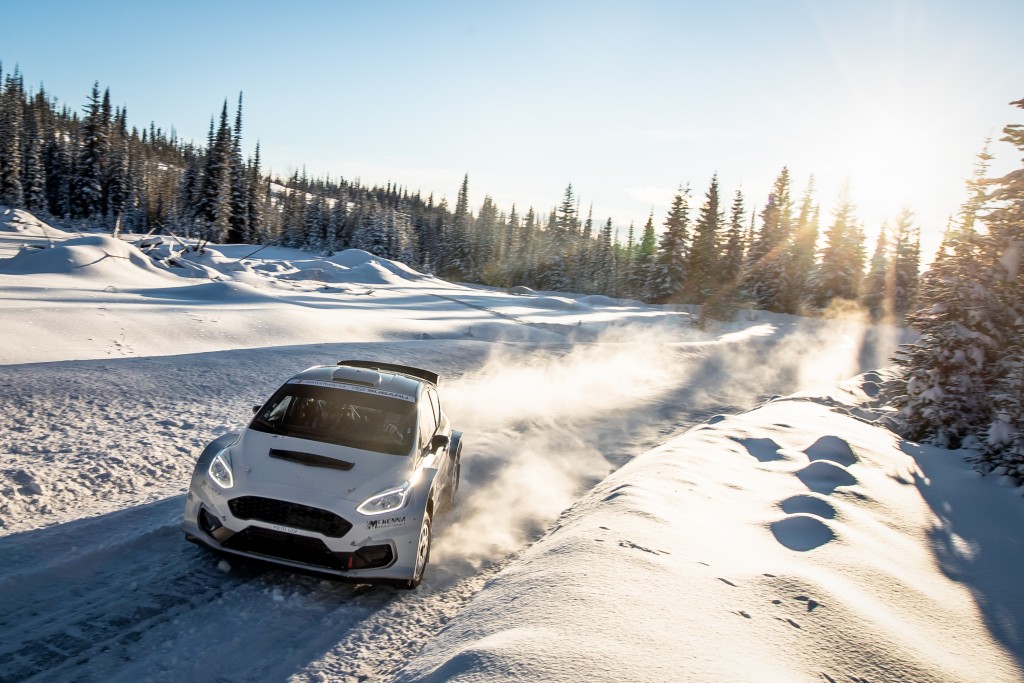 Brothers, André and René Leblanc, came into the event with the championship lead but still had to defend against Marc-Andre Brisebois who had a mathematical chance at the title. Leblanc opened the event strong with two stage wins, but with the championship in mind drove conservatively when the visibility deteriorated and finished the opening day down in fifth overall. Unfortunately for Brisebois, his rally and championship hopes ended early after engine troubles. With the title secure and pressure off, Leblanc set his mind to climbing back up the leaderboard. By the end of the rally, Leblanc was back on the podium in second place. 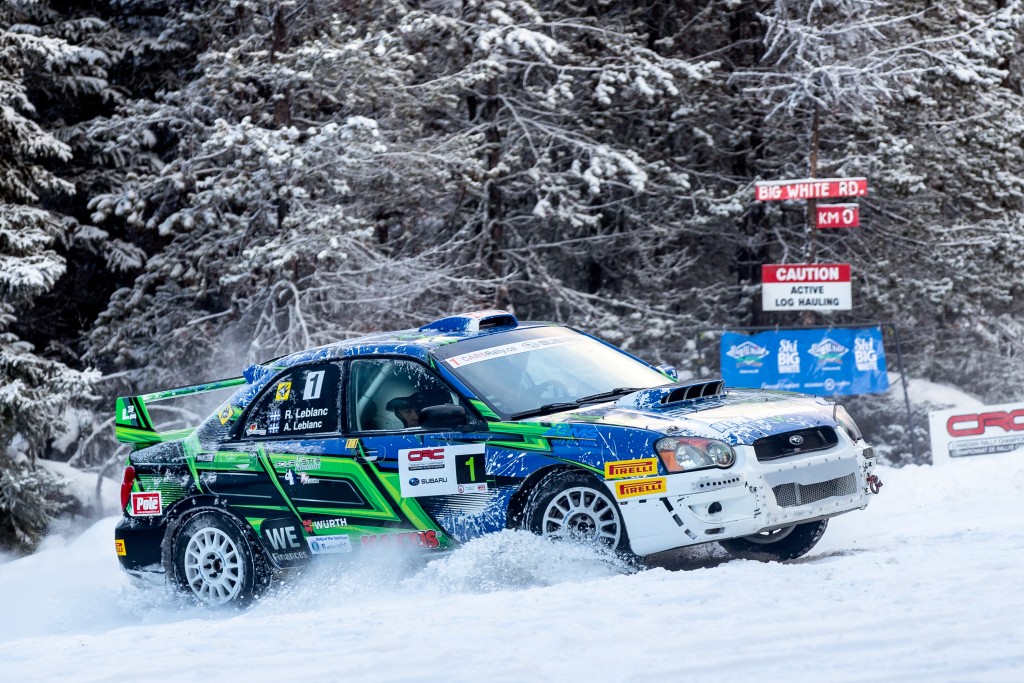 Entering his first event in over six years, Canadian rally legend Frank Sprongl ran Leblanc’s second Subaru WRX in a championship support role. However, the 6-time champion accompanied by champion co-driver, Alan Ockwell, was quickly up to speed and showing his mastery on snow. With Tilley managing his lead out front, Sprongl and Leblanc enjoyed some inter-team competition, trading stage wins on Sunday. Sprongl and Ockwell rounded out overall podium in third place. 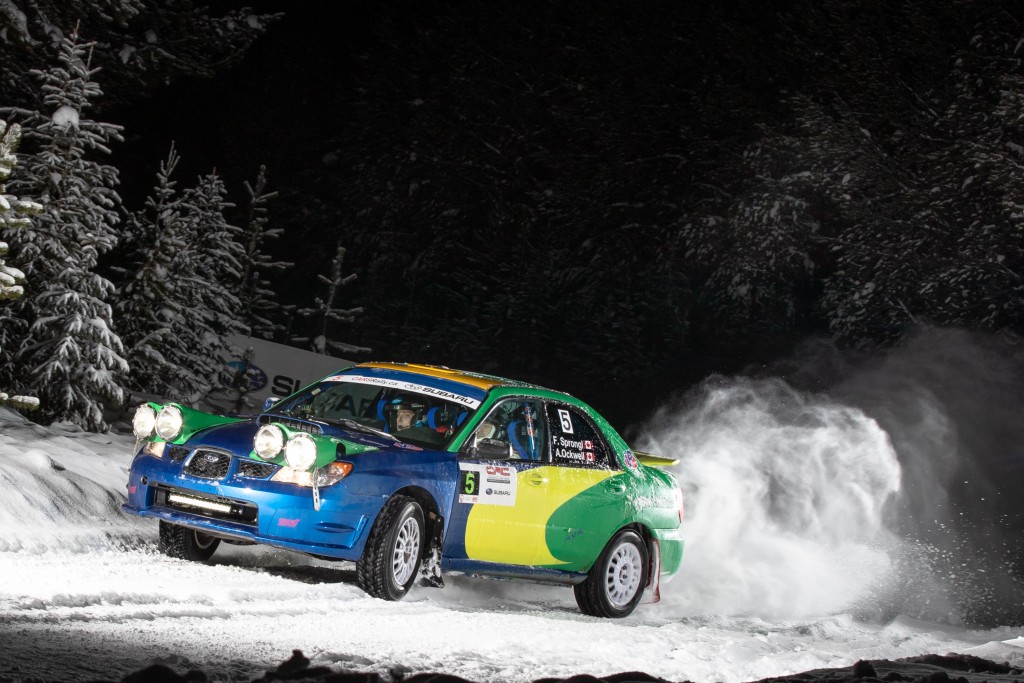 In two-wheel drive, Nick Wood and Jennifer Daly were dominating the class and posting top-three overall times in a 1971 Datsun 1200 through the first half of the event. However, on stage 10 they slid off the road, losing over 10 minutes in a snowbank. This promoted Eric Grochowski and Shayne Peterson to the class lead with Dave Clark and Jamie Willetts second. With Wim van der Poel and Bryan Lord retiring on Friday with a broken radiator, Peterson clinched the co-drivers national championship title. Grochowski held off Clark and a hard-charging Wood through the final stages to claim the two-wheel drive win and 5th overall. 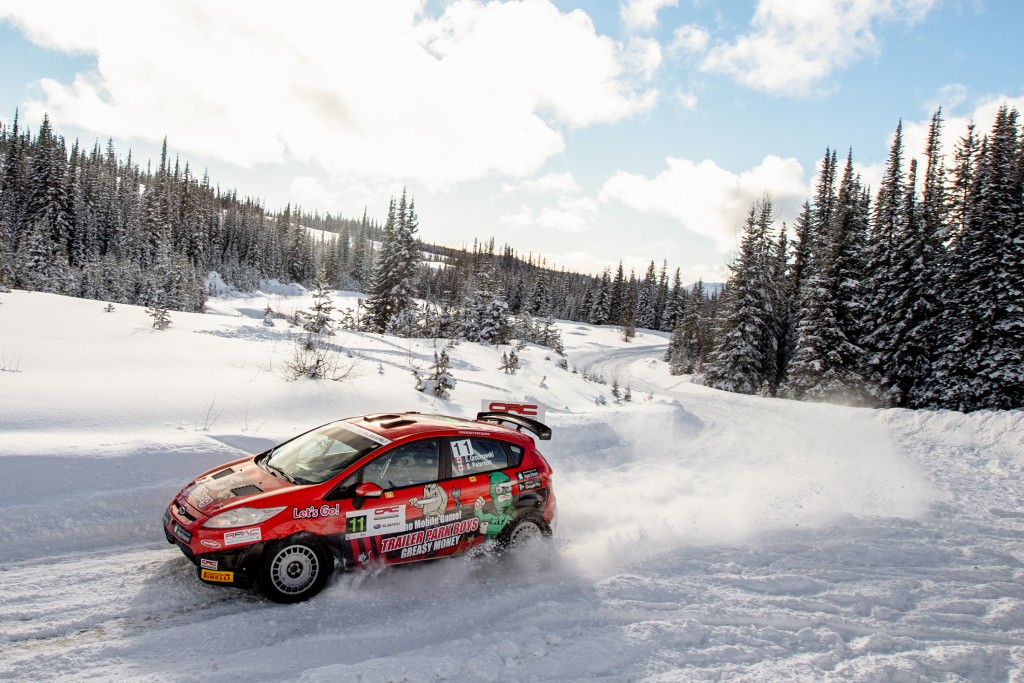 The Canadian Rally Championship returns in 2022 with an 8-event calendar, kicking off February 5th at Rally Perce Neige in Maniwaki, Quebec. Full calendar and information can be found at www.carsrally.ca 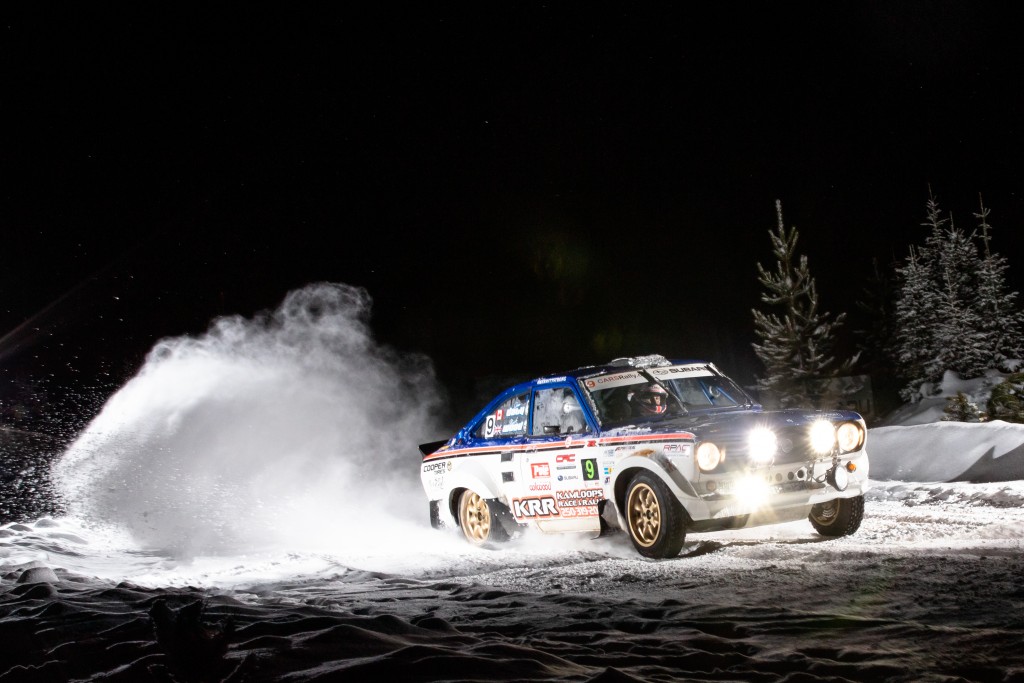