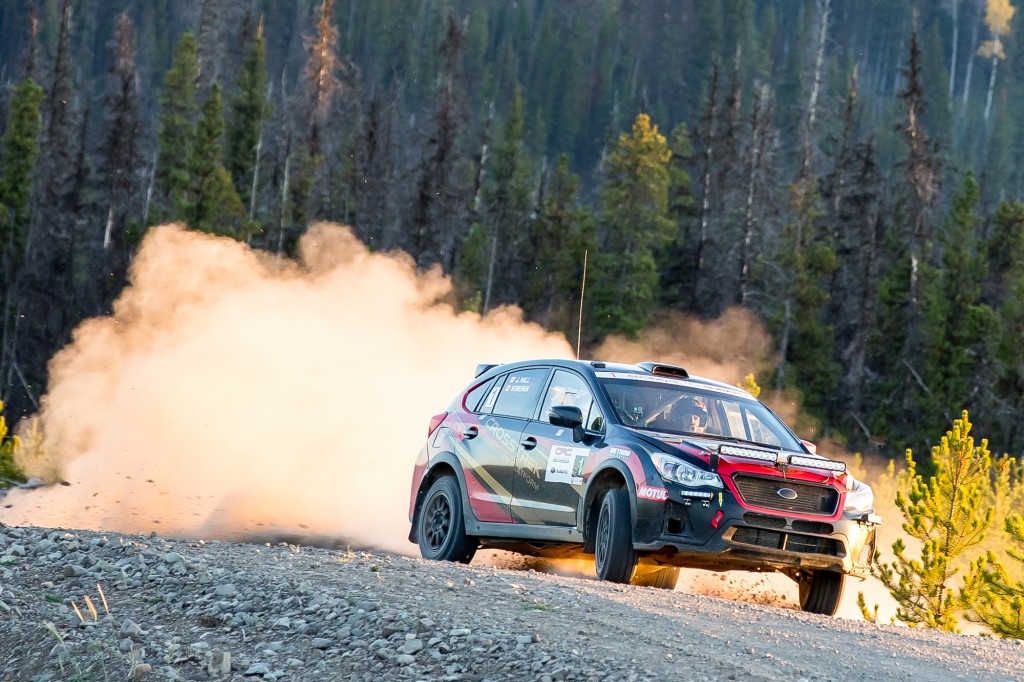 Four stages made up the opening day of the 2018 Pacific Forest Rally, with a clear leader emerging despite problems early in the day. Brandon Semenuk and co-driver John Hall built a lead of one minute, 1.2 seconds.

The pair struggled with a flat tire on the first stage of the rally, dropping back 52.4 seconds from early leaders Boris Djordjevic and Martin Burnley. Semenuk and Hall regrouped and put in a charge through the remaining three stages of the day to overhaul their competition.

“After the flat tire, we were able to start taking time back,” said Semenuk. “Boris had some problems as well, so that made it easier to get back to the lead.” 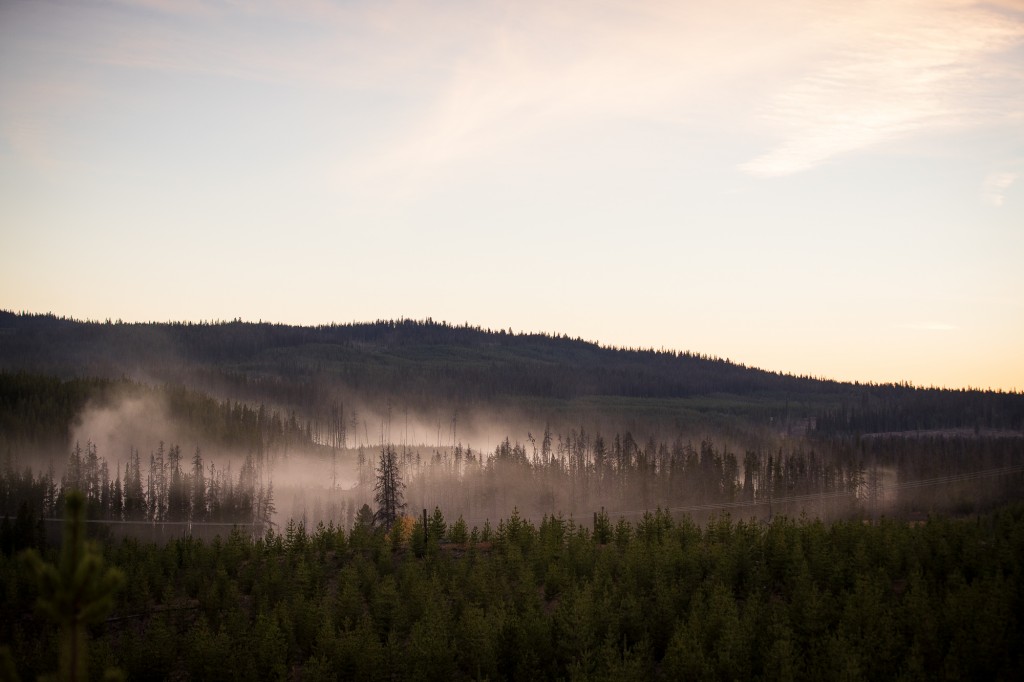 Djordjevic and Burnley came into the event with high hopes, and set good times on the first two stages, but just into the start of stage three, the car dropped power significantly and couldn’t be repaired during the transit to the fourth stage. On returning to service at the end of the day, the culprit was found.

“We blew the turbo right at the start of stage three,” said Djordjevic. “We just drove the car as hard as we could, but there wasn’t even power to get out of second gear. We’ll get it fixed tomorrow and see if we can get our pace back up.”

The damage has already been done, with the pair sitting over three minutes back from the leaders. 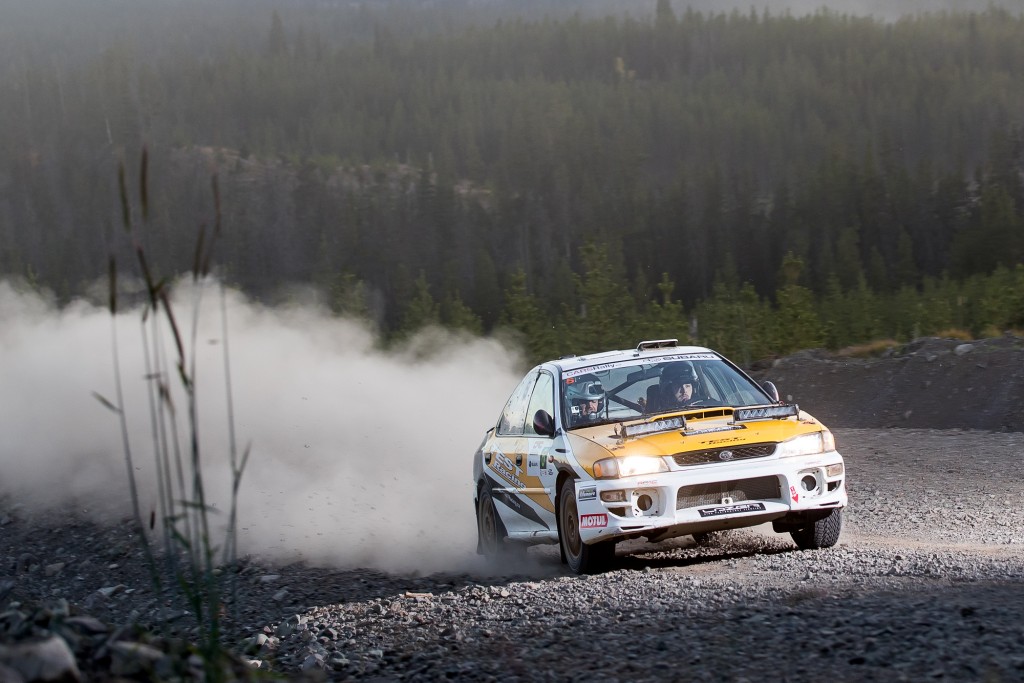 Meanwhile, the championship battle between TEST Racing teammates Karel Carré and Simon Vincent has stayed as close as ever. After four stages, the pair are separated by 4.3 seconds, with Vincent leading, and moving into second place overall.

“We are really happy with the rally so far,” said Vincent. “We had some gear selection problems on the first two stages – the car wouldn’t go into fourth gear – but the team got it fixed. I also really like driving at night, so we pushed our advantage there.”

Co-driver Hubert Gaudreau and Vincent have quickly developed confidence in the notes, letting them press in the dark and dusty conditions. For Karel Carré and Samuel Joyal, things have not gone as smoothly.

“We had some problem with the brakes, and the team hasn’t been able to fix it yet,” said Carré at the end of the day. “We’re also not really happy with our notes right now, so it’s hard to commit when you don’t feel confident.” 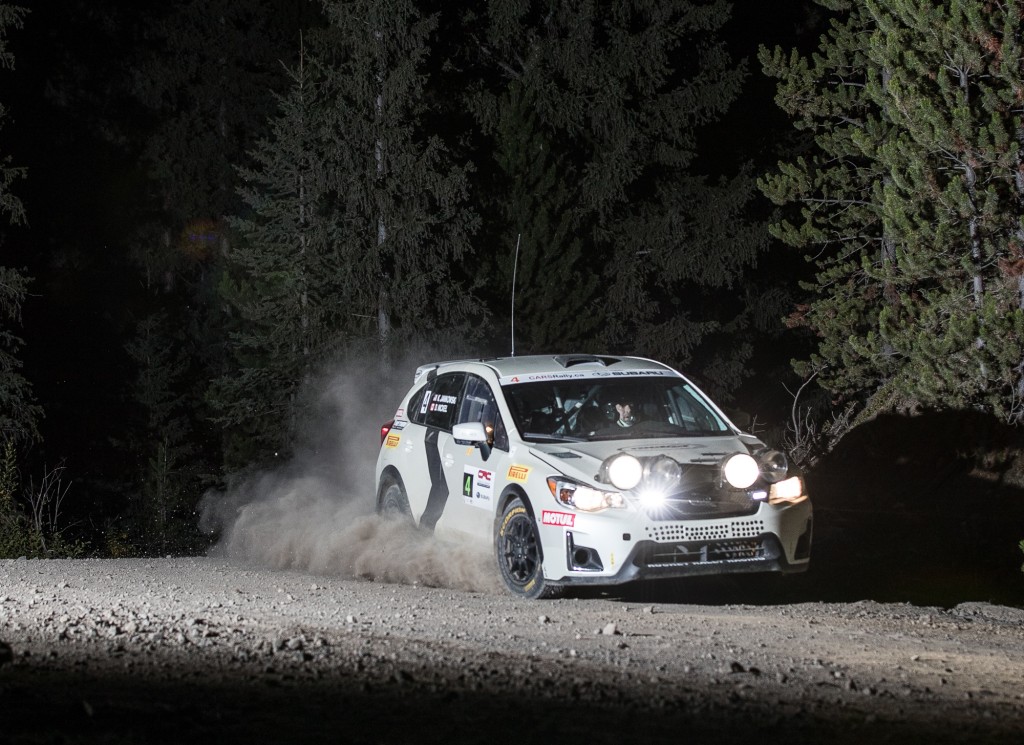 In their first outing together, Dave Nickel and Karen Jankowski have slid into a good rhythm. Despite a couple of close calls, the team are in fourth overall and have a clear goal for the second day of the rally.

“I just want to be fast and smooth all the way to the finish,” said Nickel. “Sure, a podium would be nice, but I really want to finish this rally.”

Eric Pehota and Jennifer Daly are leading the Production 4WD class and sit in seventh place overall. It’s a close class battle, as Brandon Liang and Michael Szewczyk are in a close chase 3.6 seconds back. Nicholas Spencer and David Ma are third in class, 29.5 seconds back of Pehota and Daly. 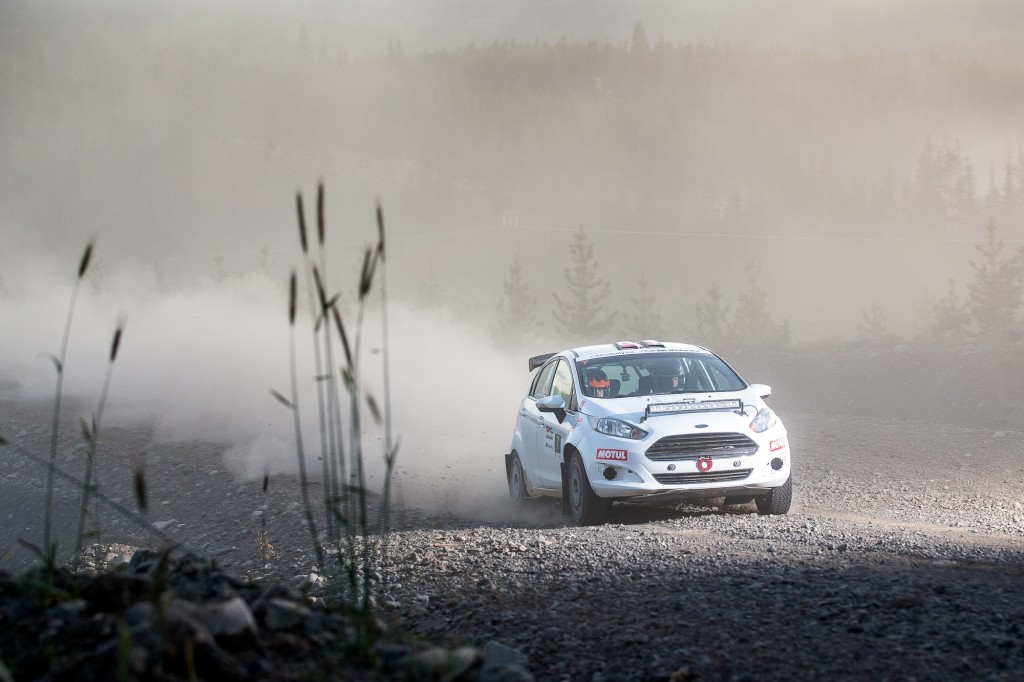 The tight battles continue in 2WD, with Wim van der Poel and Bryan Lord leading the field. A 15 second gap sits between the leaders and second-place Dave Clark and Jamie Willetts. They’re in a tough spot, with Jason Bailey and Shayne Peterson a slim 1.5 seconds further back.

The rally continues Saturday, concluding after six stages that total over 100kms of stage distance. 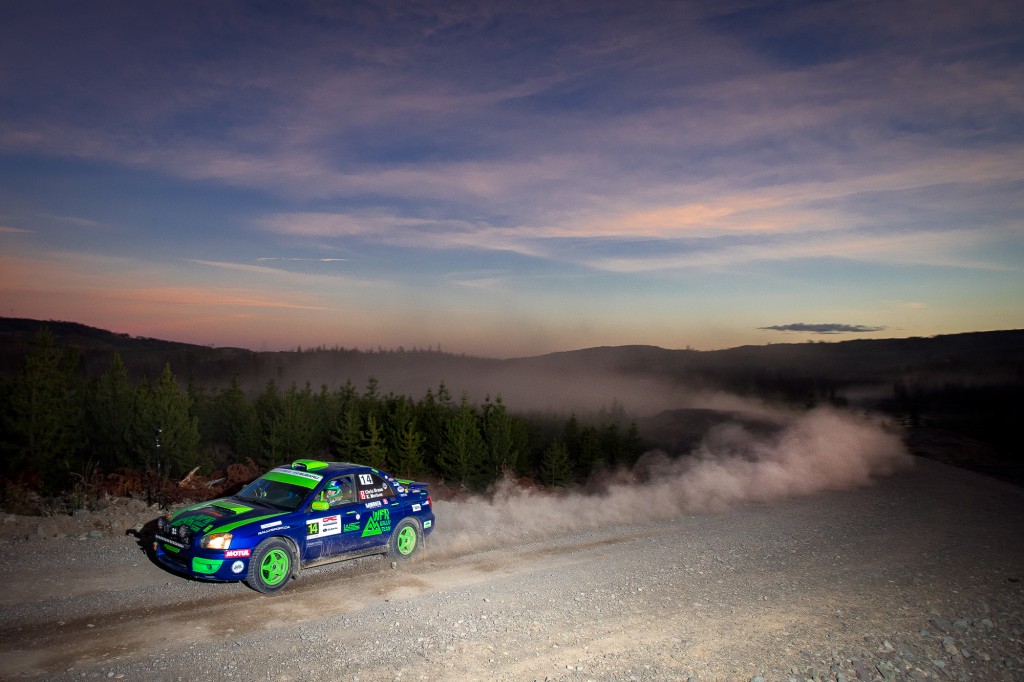 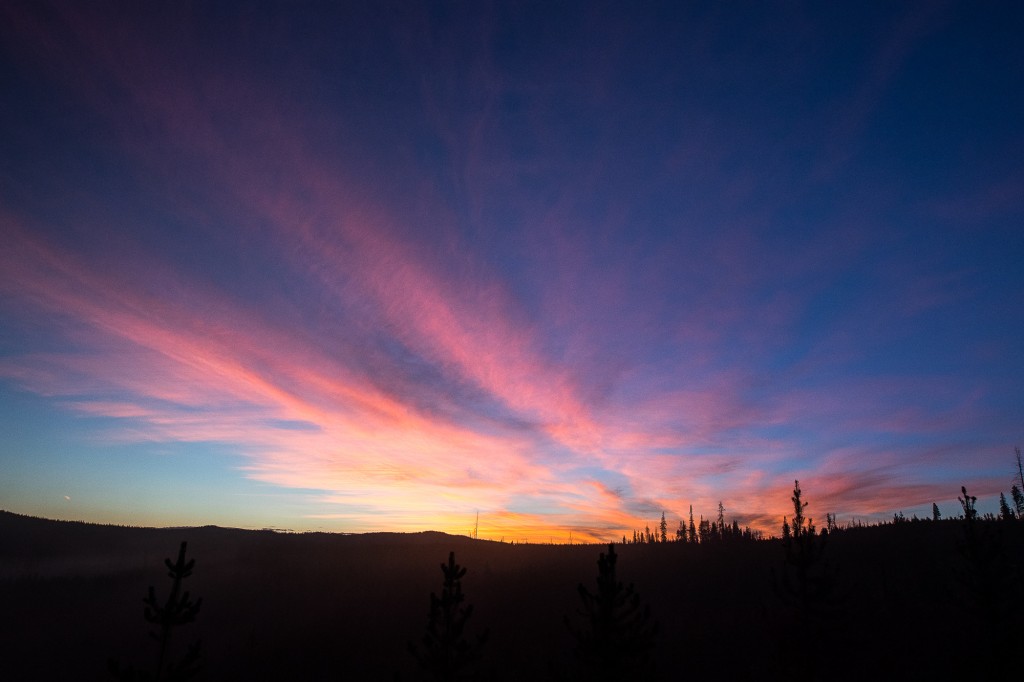 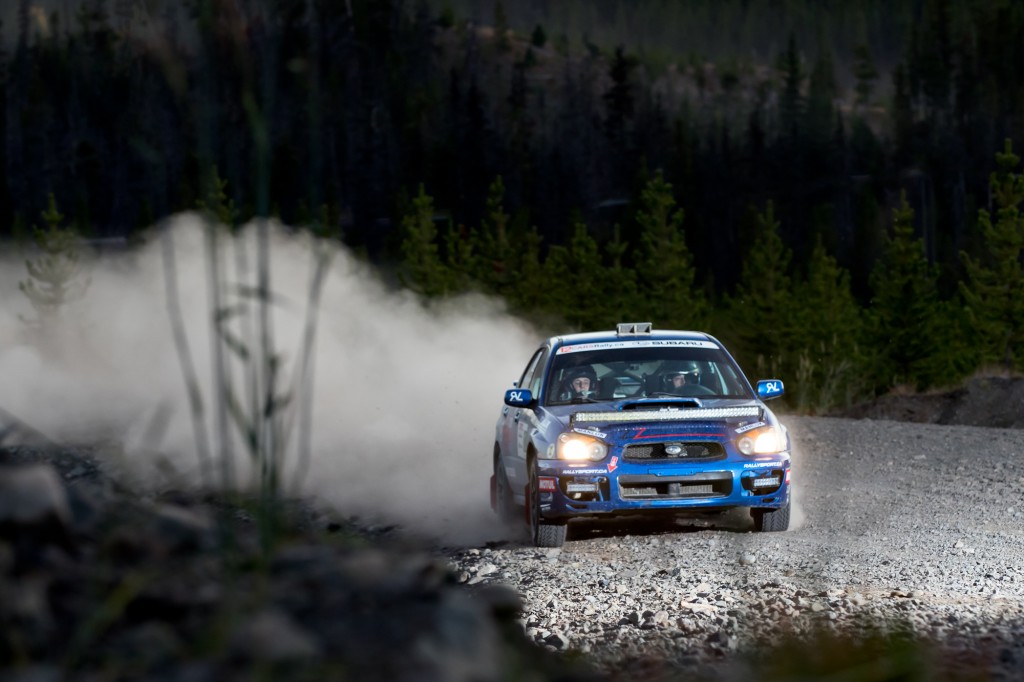 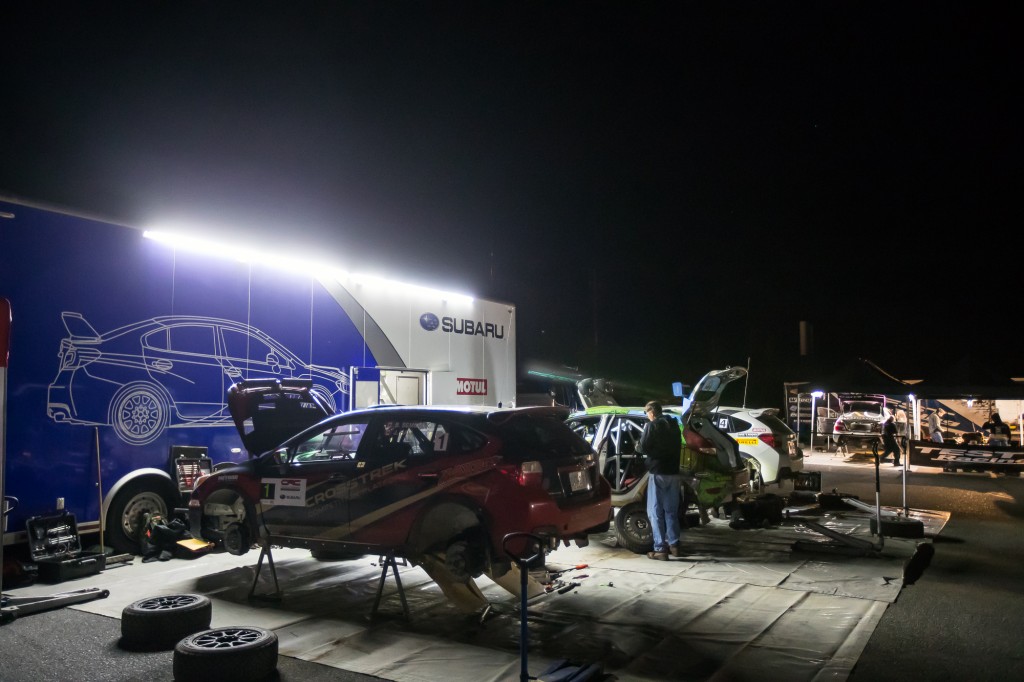