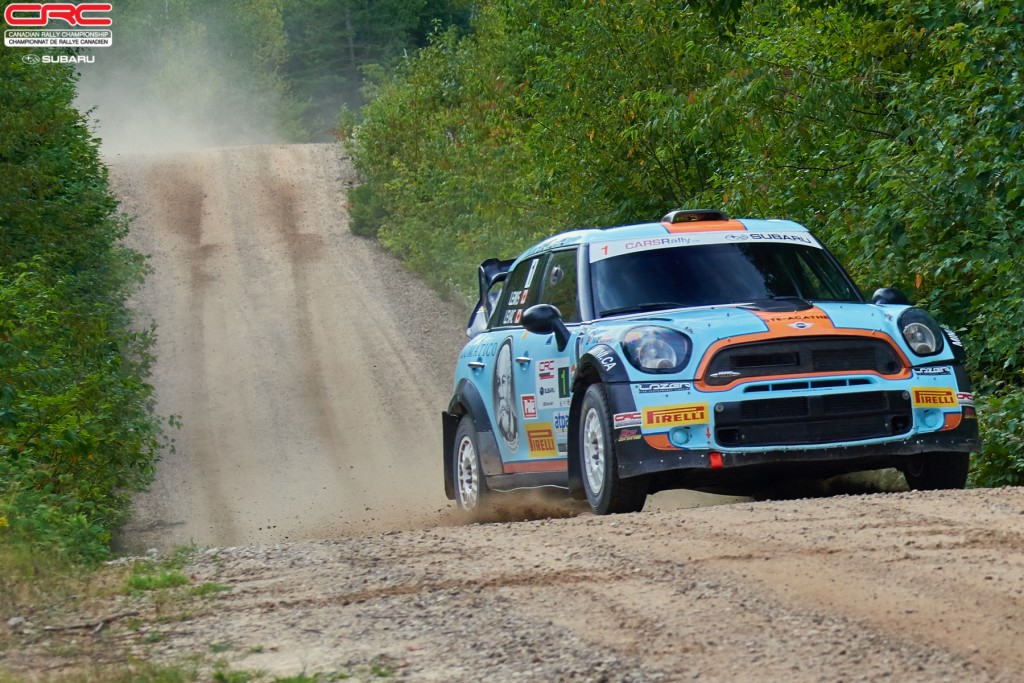 Levac and Lewis lead after Day One at Défi

Levac and Lewis lead after Day One at Défi

Joel Levac and Stephanie Lewis took charge of Rallye Défi on day one, winning every stage of the day to head into the Saturday stages with a lead of 21.3 seconds.

The team failed to pull very far away from the field after a rough pass through SS1 where a rock caused significant damage to a front wheel. Still, with minimal damage to the rest of the car, the team were able to maintain a margin over their rivals.

“We had a good first day, except for the wheel,” said Levac. “We always aim to have fun and let the pace look after itself.”

Second overall, Canadian champions Karel Carré and Samuel Joyal were able to keep relatively clean through the worst of the stages, but lost time when their pop-off valve failed. The valves are a recent requirement designed to help cap a car’s performance. However, when the valve failed, the TEST Racing car lost much of its power.

“Our goal today was to take second place,” said Carré. “We knew Joel would be fast, so for our championship, we wanted to get maximum points possible.” 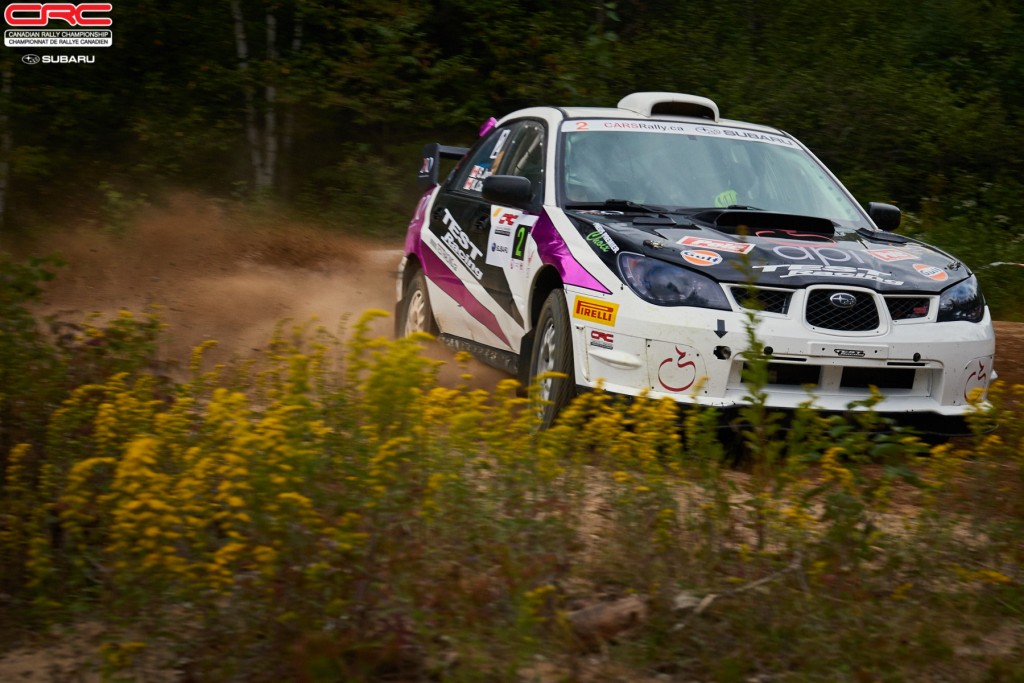 Third place are Maxime Labrie and Anik Barrette. The two went testing prior to the rally in an effort to weed out mechanical issues with their car, and day one appeared to prove them successful. The team dd suffer damage to three wheels early in the day, but none resulted in flat tires, and so no real time was lost. 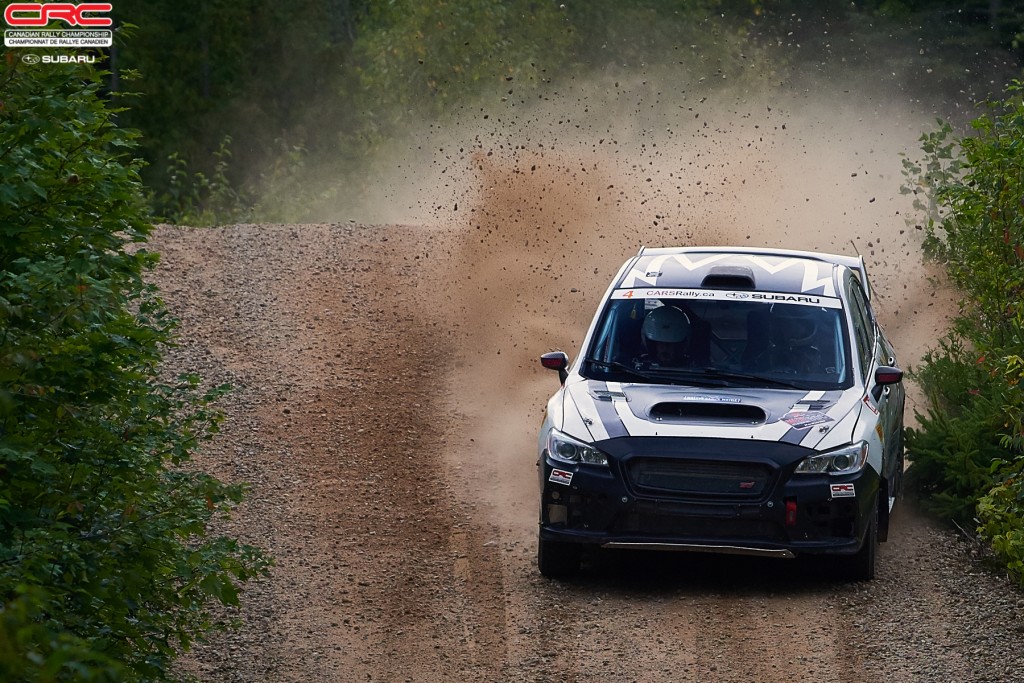 Steeve Hobbs and Philippe Poirier also suffered wheel damage and a flat tire on the rough early stages of the event, but held on to fourth place overall. Rounding out the top five are David Wallingford and Leanne Junnila. 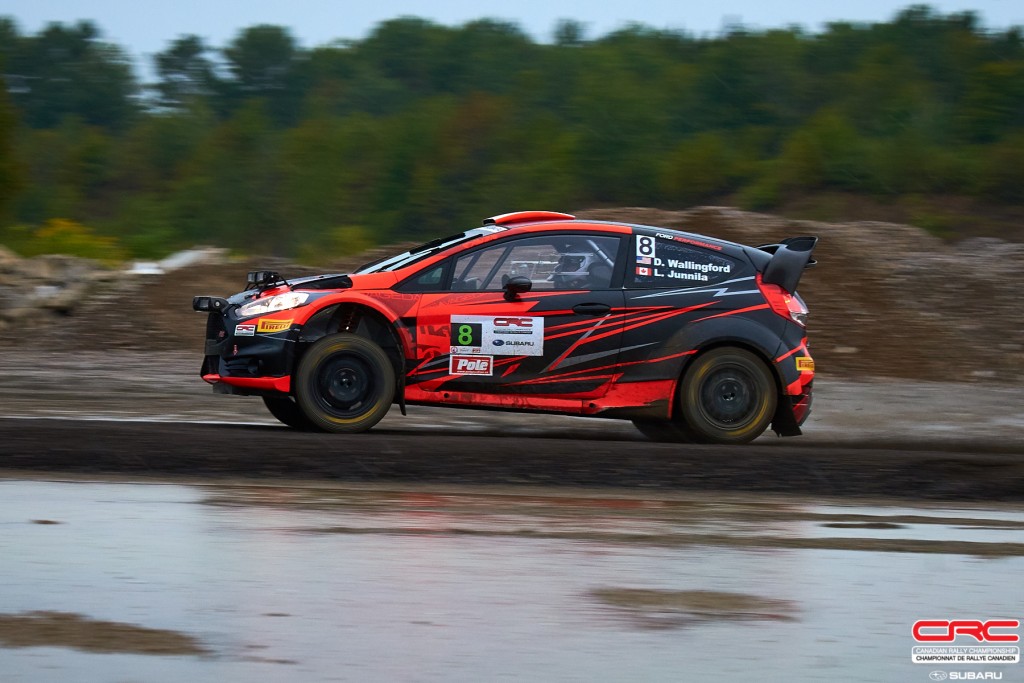 Sylvain Erickson marked his return to gravel rallying after nearly a decade-long absence. Joined by co-driver Alan Ockwell, the pair showed a strong pace early in the event despite feeling rusty. However, the pop-off valve installed in the car exploded, causing the pair to contend with much less power, costing valuable time. 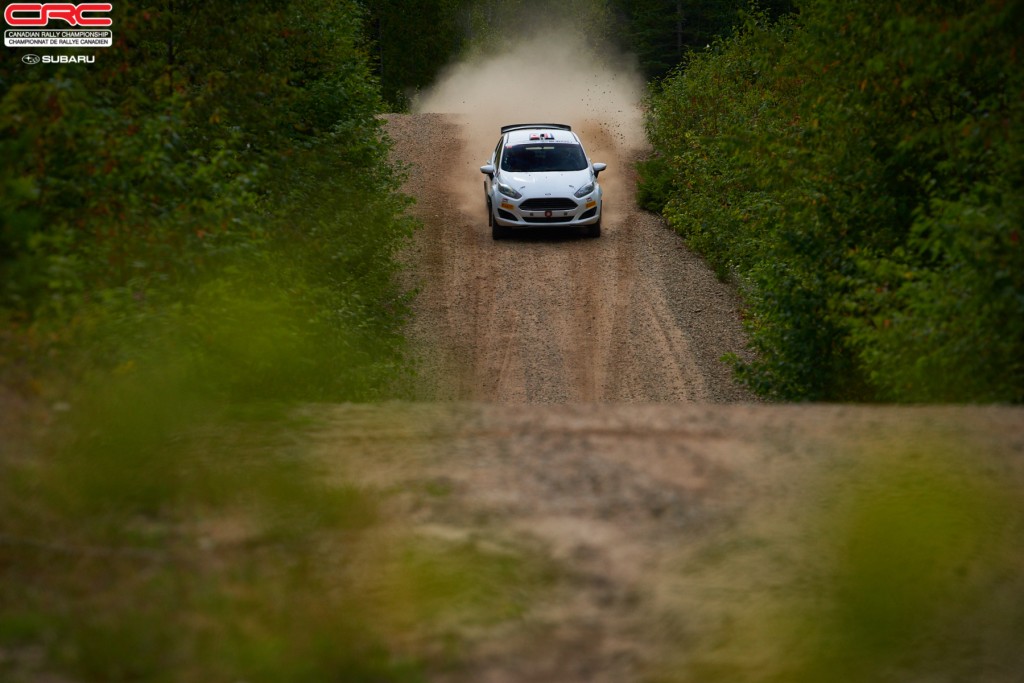 Meanwhile, in 2WD, Wim van der Poel and Bryan Lord finished up the first day leading the class. They had stayed smooth and were not subject to any major issues through the day. The team were given a penalty but that was later removed, allowing them to slot back into the class lead. 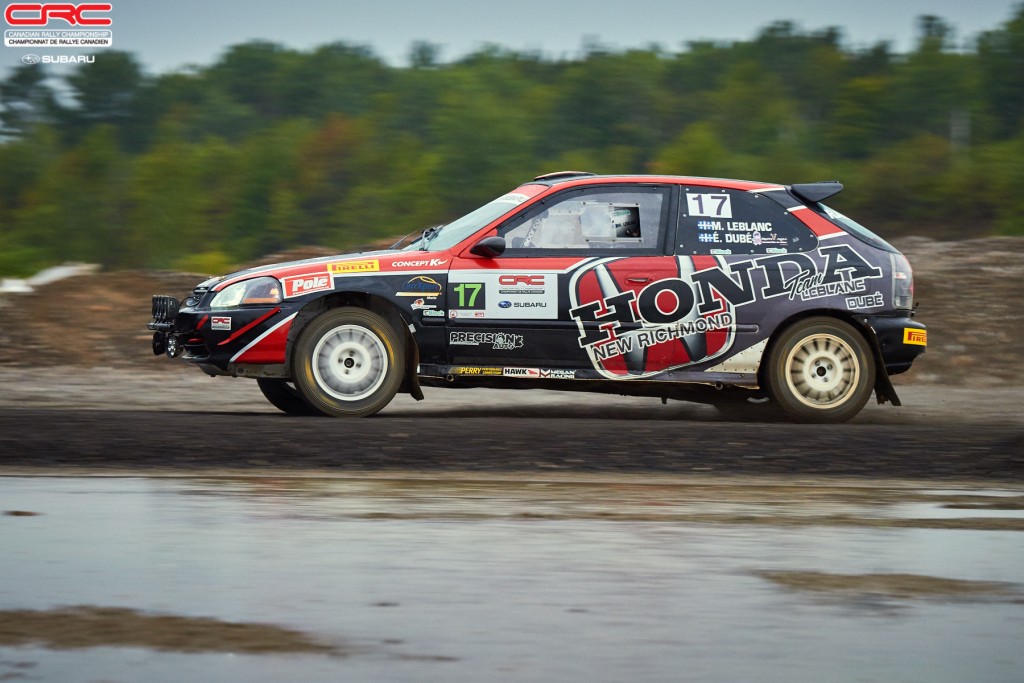 Mathieu Leblanc and Eric Dubé hold second in 2WD after the seven stages of day one, having had no real difficulties all day. The pair were leading the class briefly as a result of the penalty had to van der Poel and Lord, but had to give up that spot when the penalty was removed. 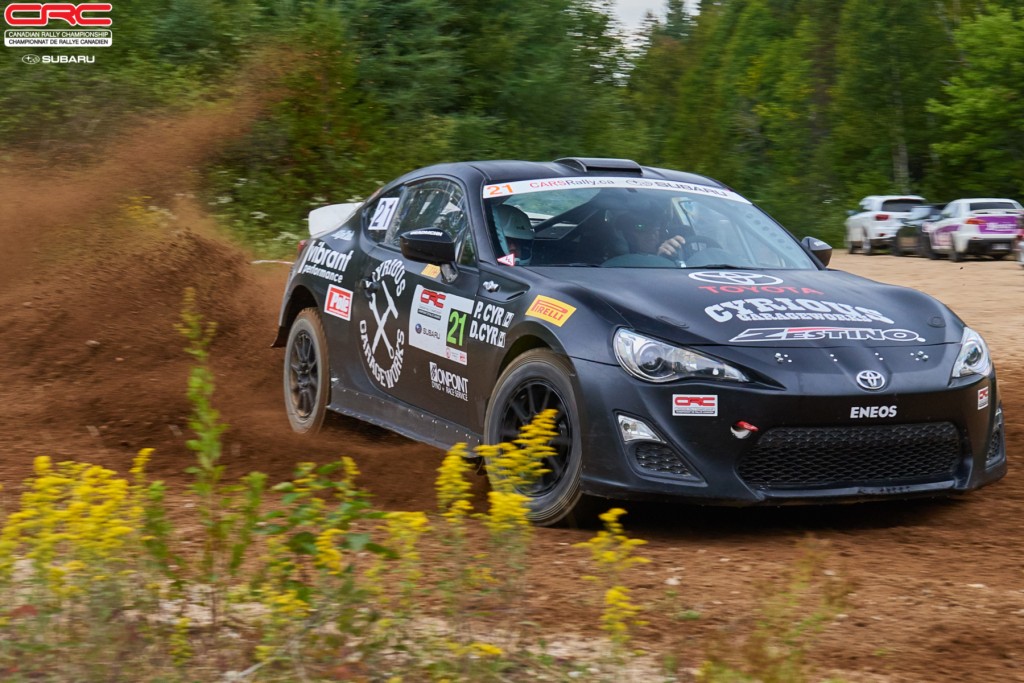 Pat and Dan Cyr were running competitive times early in the event, but lost over 12 minutes on SS3 when the power steering failed and they got stuck on an embankment. The lost time was devastating, but the pair ended the night saying they plan to go for class stage wins tomorrow, and to put on a show for the fans. 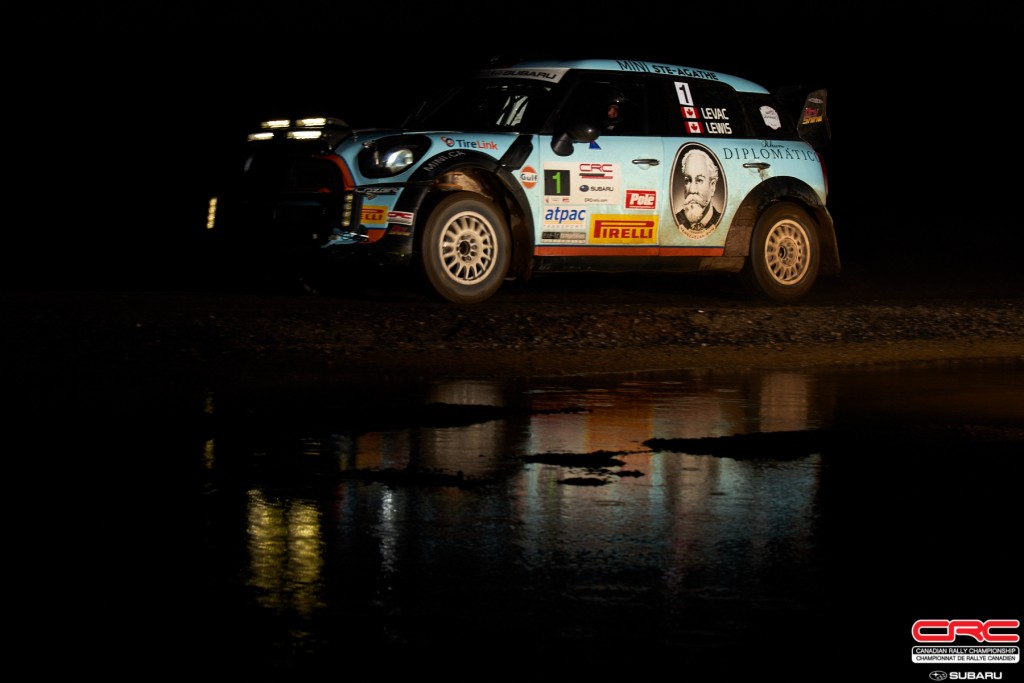 The rally continues on Saturday, and a mix of sun and rain may keep things interesting. With some tough stages remaining, teams have plenty to contend with if they hope to finish on the podium. 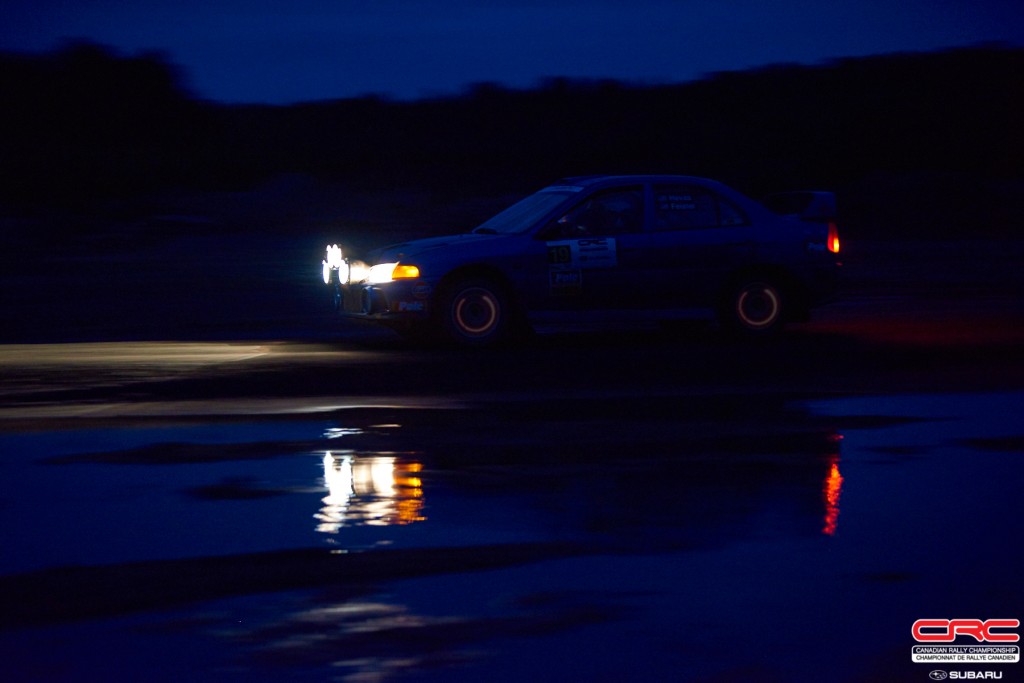 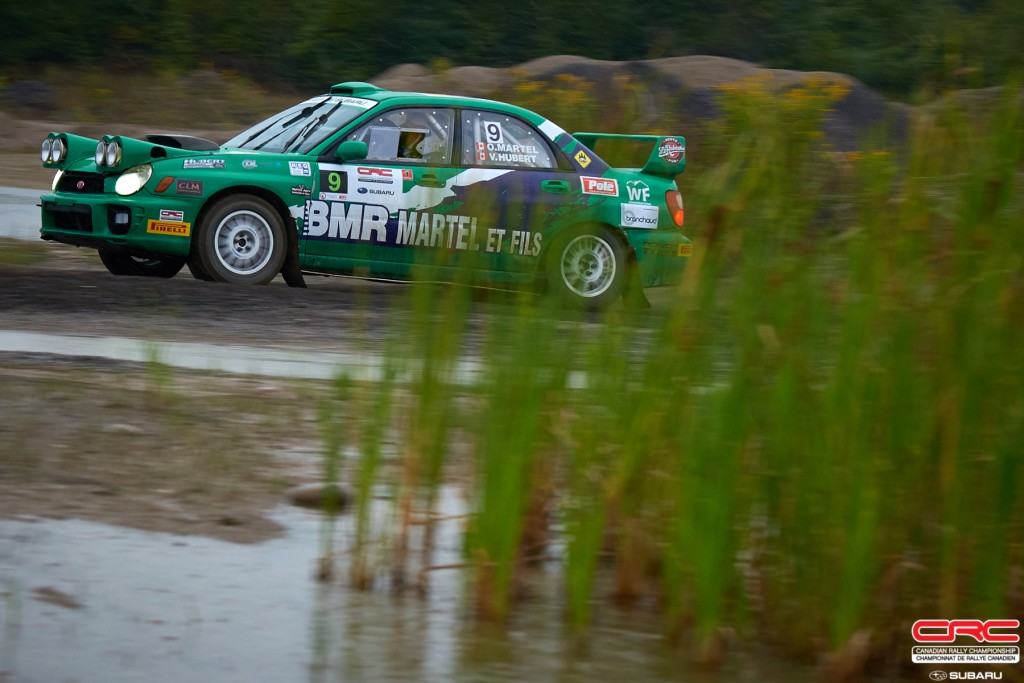