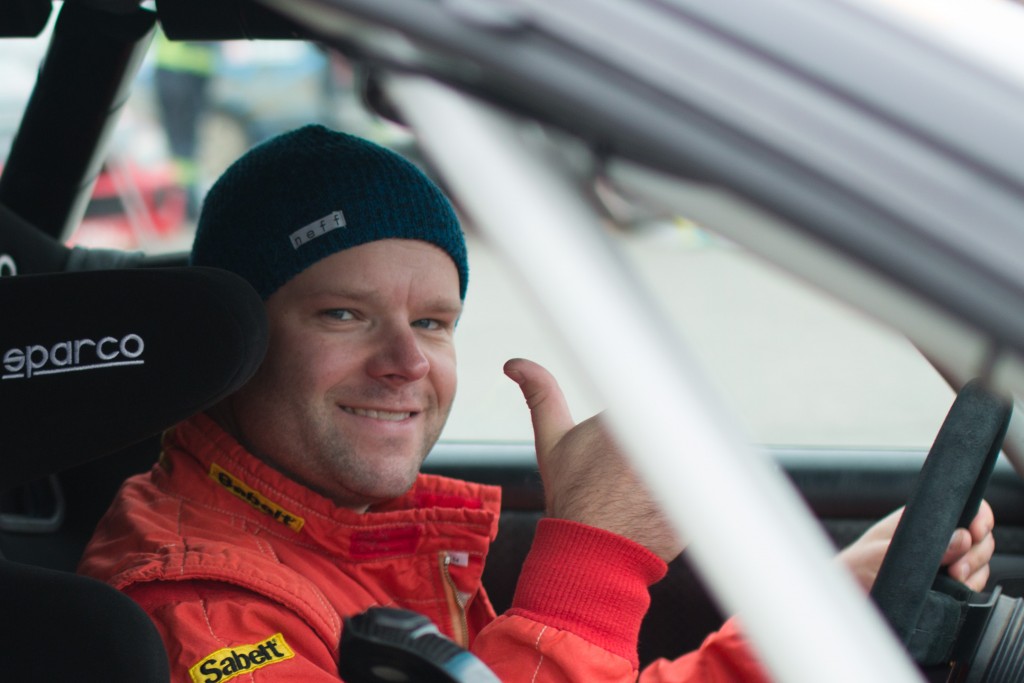 Grochowski and the Art of Rallycraft

Grochowski and the Art of Rallycraft

In 2008, Eric Grochowski and Leanne Junnila towed their 2wd rally car from Calgary to Rallye Baie des Chaleurs in Quebec’s Gaspé region without having enough gas money to get back home. The two were banking on winning cash that the event was offering up for class stage wins. By going fast enough, so the thinking went, they’d have enough cash to get back home.

“It wasn’t something I’d recommend to anyone starting out in rallying now,” said Grochowski. “But things snowball from little decisions. If we hadn’t done that event, we wouldn’t have won the title. Leanne might not have been recognized and chosen to run with Pat Richard, and then with Verena Mei, and now Dave Wallingford and competing at the WRC.”

That trip in 2008 was itself a larger result of earlier, smaller decisions. 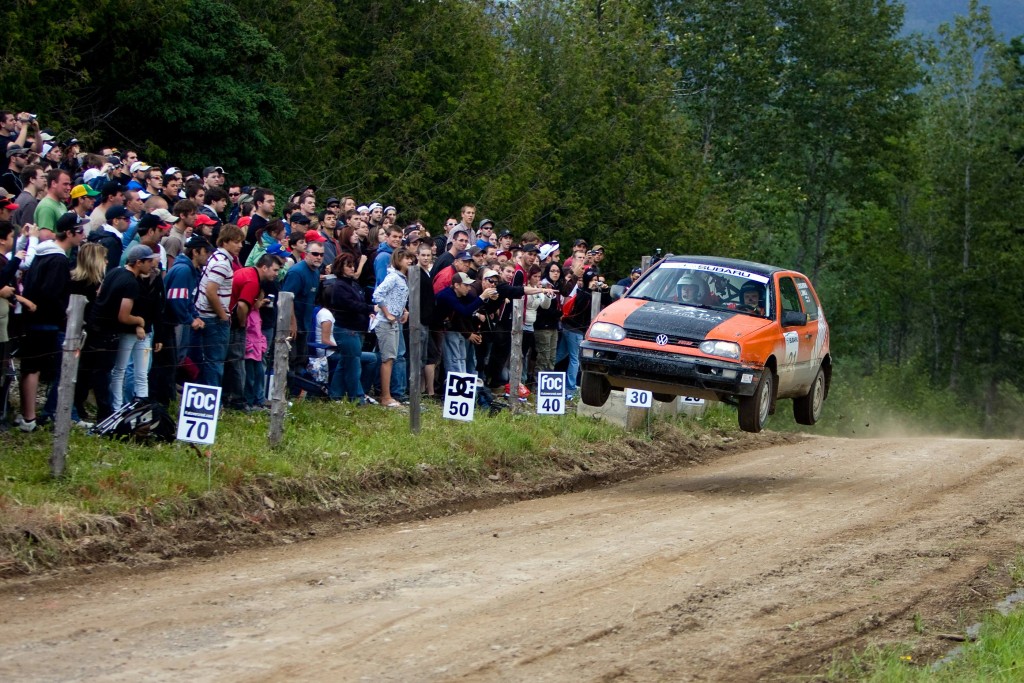 Grochowski got started in rallying in 2002 or 2003 – he can’t recall exactly – and began by co-driving at three stage rallies. From that introduction, Grochowski got involved at TSD rallies and soon was competing at stage rallies. Teamed with Junnila, the pair lit up the 2wd class across Canada for a few years before stepping back a little from national competition as a team.

Junnila took on a role co-driving for Pat Richard at Subaru Rally Team Canada before joining Verena Mei in the early days of the Fiesta program. Meanwhile, Grochowski took on a variety of roles – team mechanic, organizer of TSD and regional stage rallies, and occasionally hopping in a car to keep his driving skills fresh, trying out rear wheel drive before building a production class Subaru and driving that for a few seasons.

“I pretty quickly realized that if rally enthusiasts didn’t all work together, none of this would be possible,” said Grochowski. “It’s frustrating to see how some competitors have approached rallying. Competitors are not customers, and the sport is not a business.

“It’s a community, and when we all work on it that way, we get the best results for everyone. This isn’t about sides. There aren’t sides to this, really.” 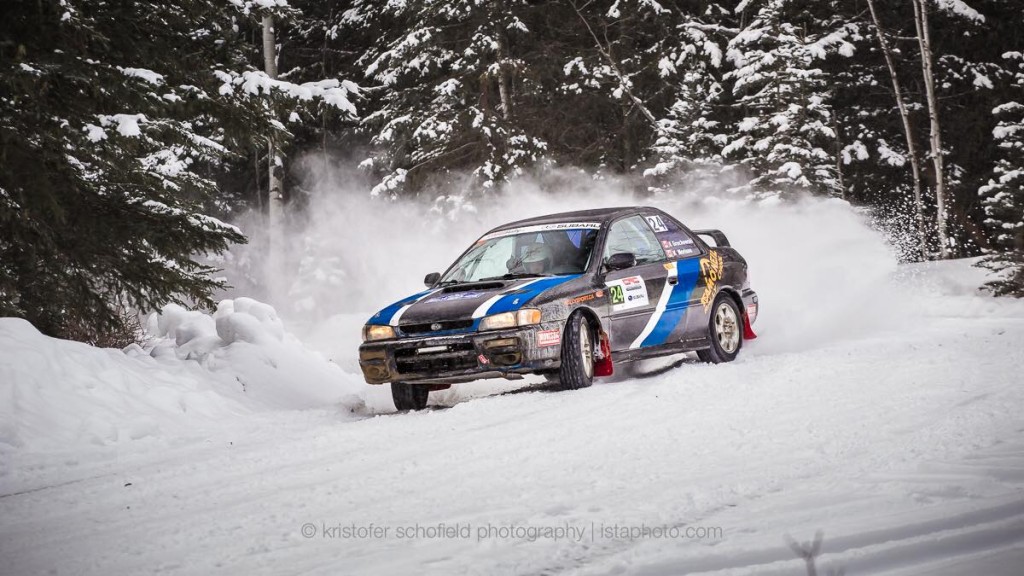 Grochowski is now a decade and a half into his rally career, and he’s held a lot of different roles, something he says has helped him better understand the sport as a whole. He looks to people like Terry Epp, Pat Richard, and Keith Morison as examples of people with a holistic approach to the sport based in a broad depth and breadth of experience.

“I once heard Pat Richard refer to the concept of ‘rallycraft’ as a skill,” said Grochowski. “It’s that thing that enables experienced co-drivers or drivers to switch seats and be better than their novice competitors. The more involved you are in the sport, the more rallycraft you’ve developed.”

Grochowski has even seen this skill develop in spectators who year after year watch events from the side of the road, and who over time can spot nuances in how each competitor charges down the stage. They can spot who is smart to be pushing, and who is foolish. From there, it’s easy to see why long time spectators and volunteers fare so well when they try their hand in competition. It’s also a concept that is based in the fundamental belief that a broad set of skills improves each narrowly focused skill set.

Over the winter, Grochowski and Junnila sold their Subaru rally car rather than sink money into upgrades. The car went to newcomers to the sport, and Junnila refocused her efforts on working as a professional co-driver. Grochowski allocated his newfound time to working as crew for Leanne’s team, but has found more time on his hands after Wallingford was sidelined in a crash at WRC Mexico in March. 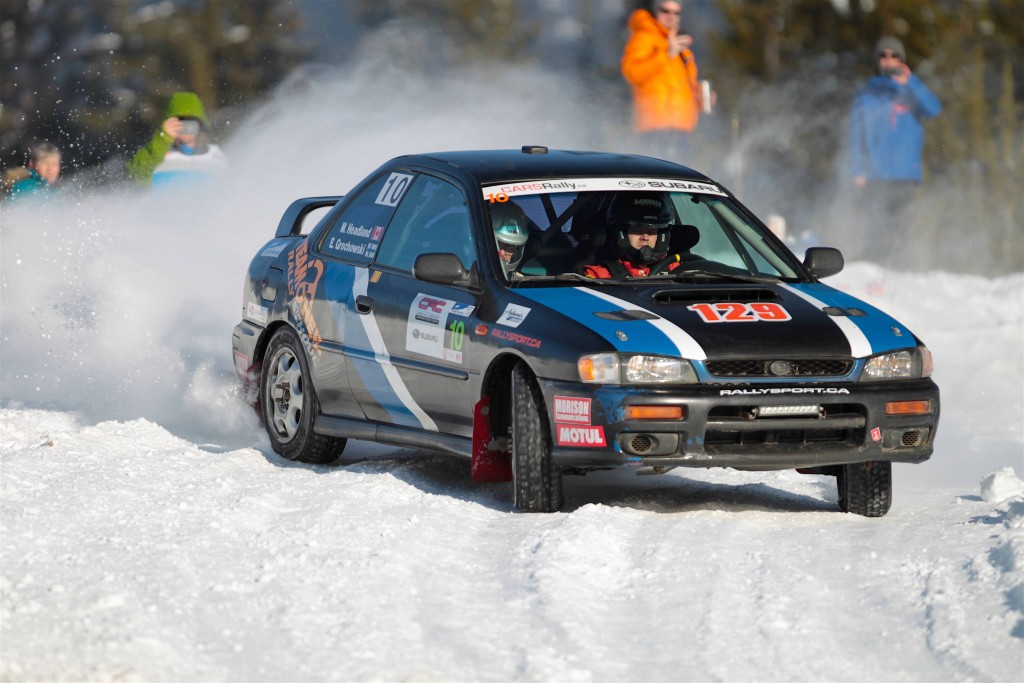 In one week, Grochowski will hop into the co-driver’s seat for the first time in a long time, riding with Chris Braun in a production class Subaru. The pair are not in the hunt for a national podium, so pressure remains low, while the enjoyment will be high. It’s only his fifth time in the right seat, and he knows he will face challenges.

“I know I have been in the sport a long time now, but I do still feel like a novice sometimes, which can be fun,” said Grochowski. “There’s always something to learn, especially when you look at the expertise of guys like John Buffum or Taisto Heinonen.”

As a co-driver, Grochowski will have an entirely different set of responsibilities, and blind spots in his own skill set. He knows he has to watch out not to make the mistake of putting a “+” in the notes when he really means “and.”

“People have asked if I will be doing some driver coaching for Chris in the car,” said Grochowski. “But there’s no way. This is my first time using our own notes as a co-driver, so I’ll be too busy doing my own job.”

Meanwhile, Grochowski’s old Subaru will be on the very same stages, now in the hands of its new owners, Clint Cook and Lauren Fry. Grochowski thinks it’s an ideal starter car, and enjoys the prospect of helping others get involved with the sport, the car perhaps being the fuel for a new passion for rally ignited in others. It’s hard to imagine the Canadian rally community without Grochowski involved, and he feels the same way.

“I’ve made so many friends and so much of my life has come through rallying that I don’t see ever leaving it.”

Reflecting back ten years to the risky tow across Canada to compete at Rallye Baie, Grochowski drives home the stakes.

“We didn’t have service crew or anything. We just had to make it work, and we ended up winning $400-500, which was just enough to get us back home again,” said Grochowski. “It’s not a smart way to do a rally, but it’s certainly unforgettable.”