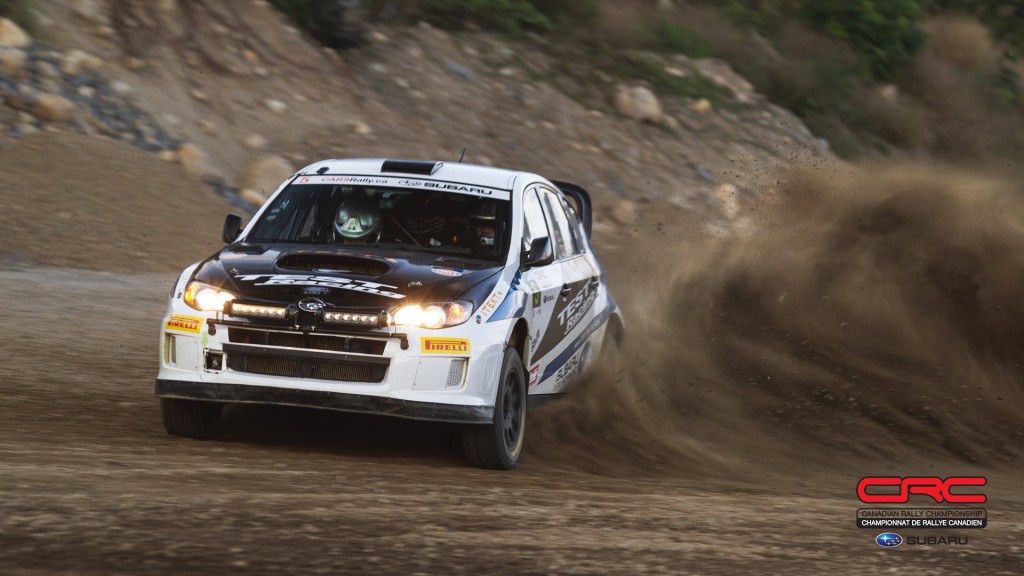 Held this past weekend in and around Montpellier, in Quebec’s Outaouais region, the 2021 edition of the Rallye Défi Petite Nation brought together 28 teams, 20 of which were entered in the Canadian Rally Championship presented by Subaru.  This was the second round on the championship’s 2021 calendar.

At the end of the two days of racing and 21 competitive stages that consisted of multiple leaderboard changes, victory was claimed by Quebec driver Jérôme Mailloux and co-driver Philippe Poirier in a Subaru WRX STI, maintained by two-time championship winning Test Racing. This was the very first Canadian Rally Championship win for the duo, who finished with a lead of almost 9 minutes ahead of second place brothers André and René Leblanc, in a Four Star Motorsports Subaru WRX STI. 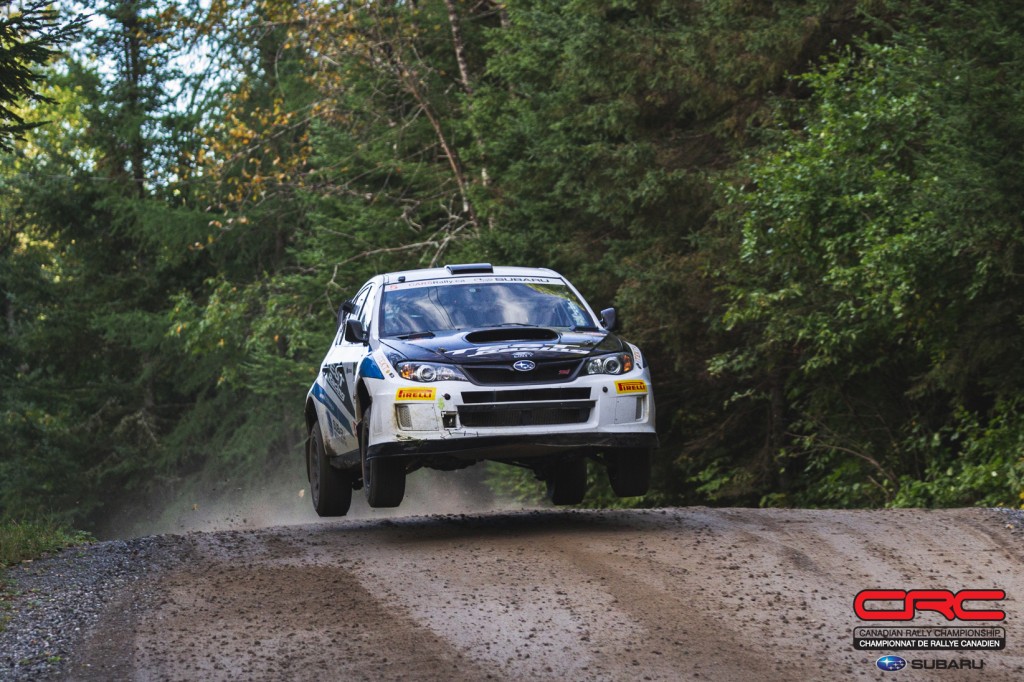 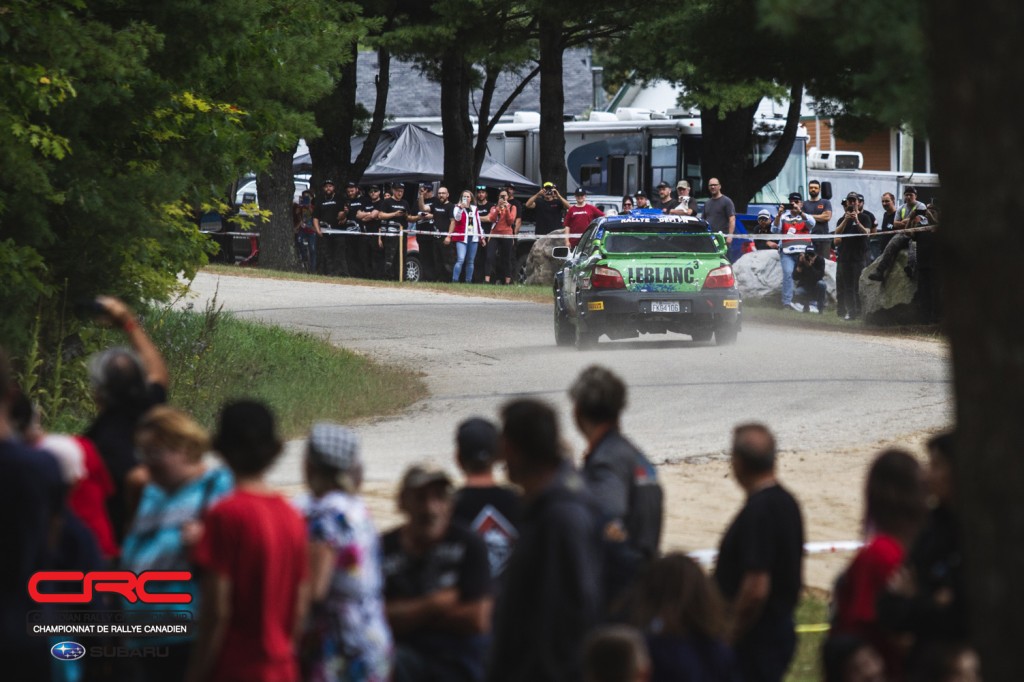 The gaps on the final results sheet reflect the multiple retirements that took place on the gravel and asphalt roads in the Petite Nation region.

The event favourites and championship leaders after winning the Rallye International Baie-des-Chaleurs early this summer, Joël Levac and co-driver Laurence-Fanny L’Estage were leading after the first 10 stages before drive shaft problems in their WRC Mini forced them to retire.  This opened the door to the lead and the eventual victory for Mailloux and Poirier.

Levac and L’Estage were not the only top team to exit the competition early. Olivier Martel, Sébastien Clark, and American Chris Greenhouse all retired with mechanical issues while Alexandre Garceau was the victim of a crash. 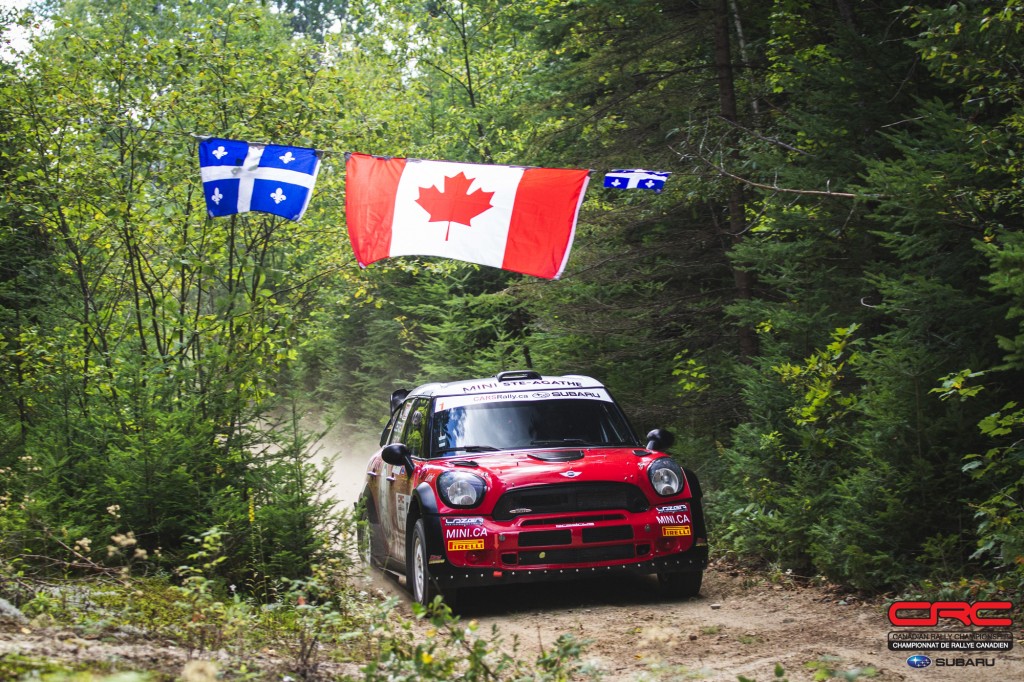 After also climbing onto the podium at the last Rallye Baie-des-Chaleurs, Mailloux/Poirier and the Leblanc brothers found themselves in the top two spots this weekend ahead of Francis Belley and Dany Mallette, 2 wheel-drive winners in their Ford Fiesta.  This team, who were not originally expected to finish so strongly, no doubt also benefited from the problems amongst the 4 wheel-drive teams.  They often battle for Top 5 finishes but drove a perfect rally and led their category early on, before conceding to Greenhouse, and then reclaiming it during the second half of the event.  Belley/Mallette led in their category and in the overall standings ahead of Albertan Wim Van der Poel and co-driver Bryan Lord, also in a 2WD Ford Fiesta. 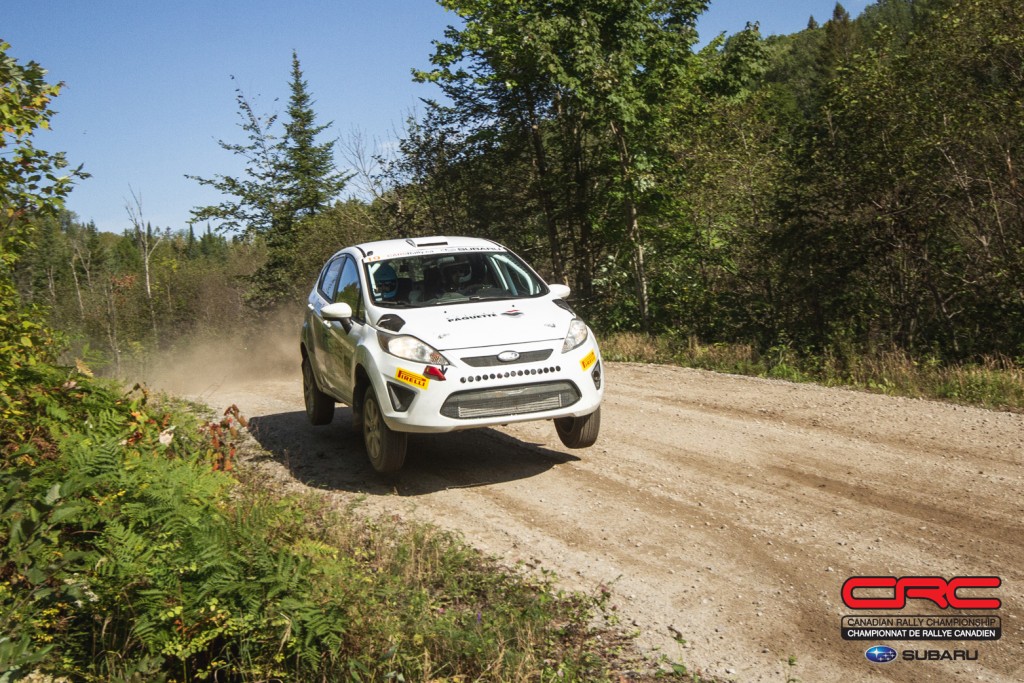 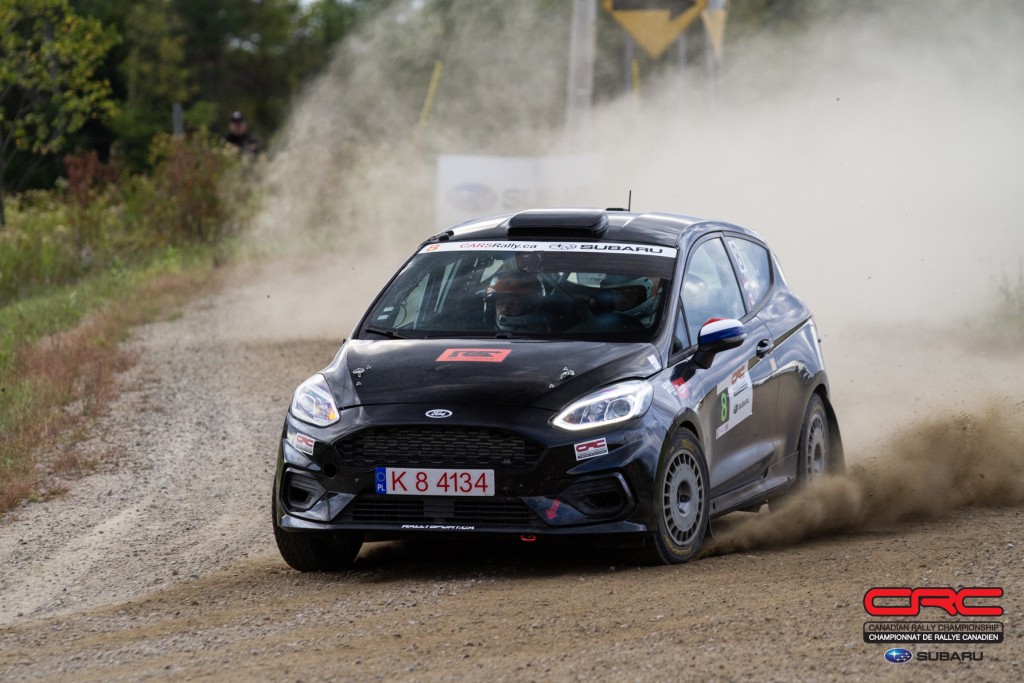 Ontarian Jonathan Drake and his Quebec co-driver Jonathan Desgroseilliers rounded out the Top 5 and also found themselves on the podium in the 4 Wheel-Drive Open class, with their Subaru WRX STI.

In sixth place overall and completing the 2 wheel-drive class podium in their VW Golf were novices Hans Larose and Alexandre Pesant, who were also a pleasant surprise at this event.  They finished ahead of Jason Bailey and Shayne Peterson in the overall standings (in a 2WD Ford Fiesta) as well as 4WD Production class winners Vincent Trudel and Christopher Trudel, in a Subaru.

In 2 Wheel -Drive Production class, victory went to Ontarians Jim Stevens and Brandon Pace, with their Suzuki.  In total, 17 of the 28 teams completed this rally. 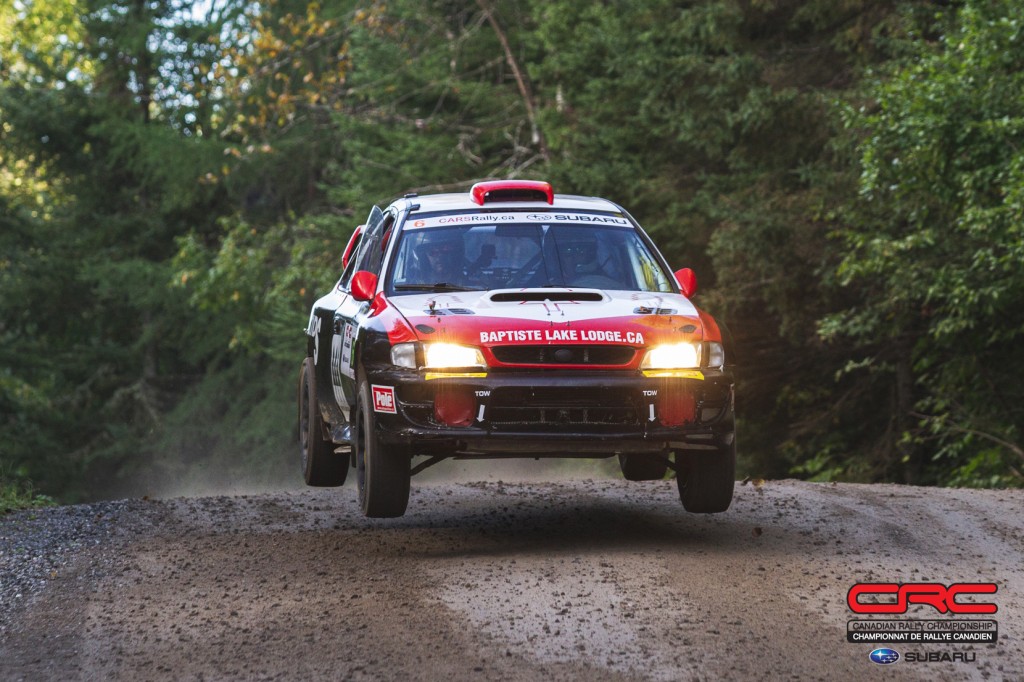 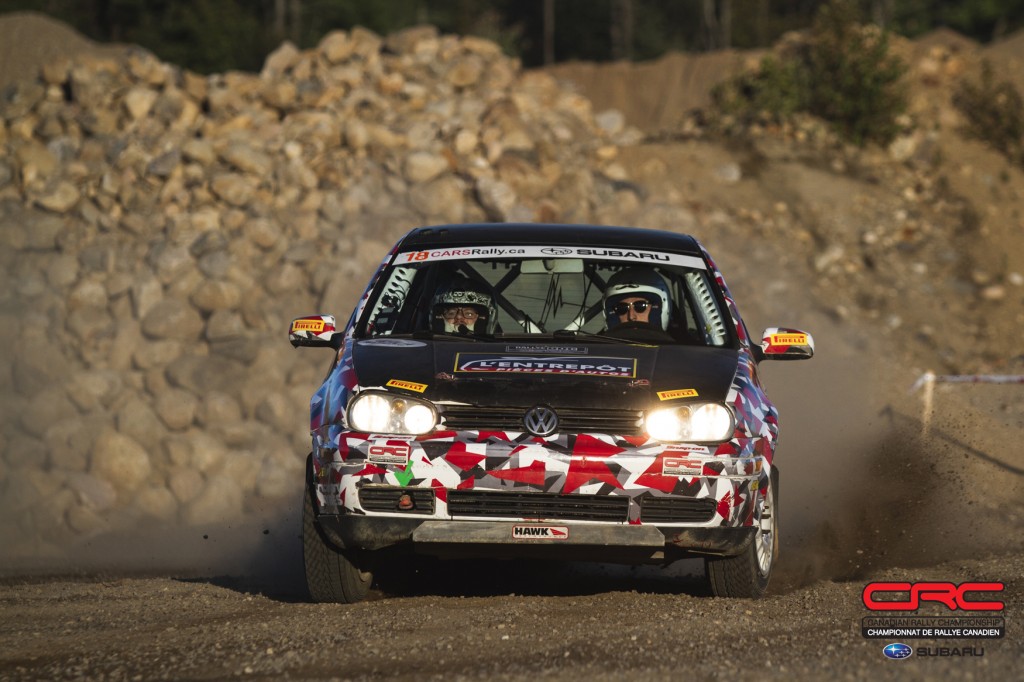 Based near Hawkesbury (Ontario), less than an hour’s drive from the roads used for the 2021 edition of the Rallye Défi Petite Nation, Team Test Racing earned a second consecutive victory at this event thanks to Jérôme Mailloux and Philippe Poirier’s victory.  It’s the first time this duo will add their names to the list of Canadian Rally Championship event winners and in doing so, they inherit the top spot of the championship standings.

The Rallye Défi Petite Nation was the second of six rounds in the 2021 Canadian Rally Championship, which is spread across the country.  The following events in the series include the Rocky Mountain Rally, in Alberta on October 1st and 2nd, followed by the Rallye de Charlevoix, in Québec on October 22nd to 24th. 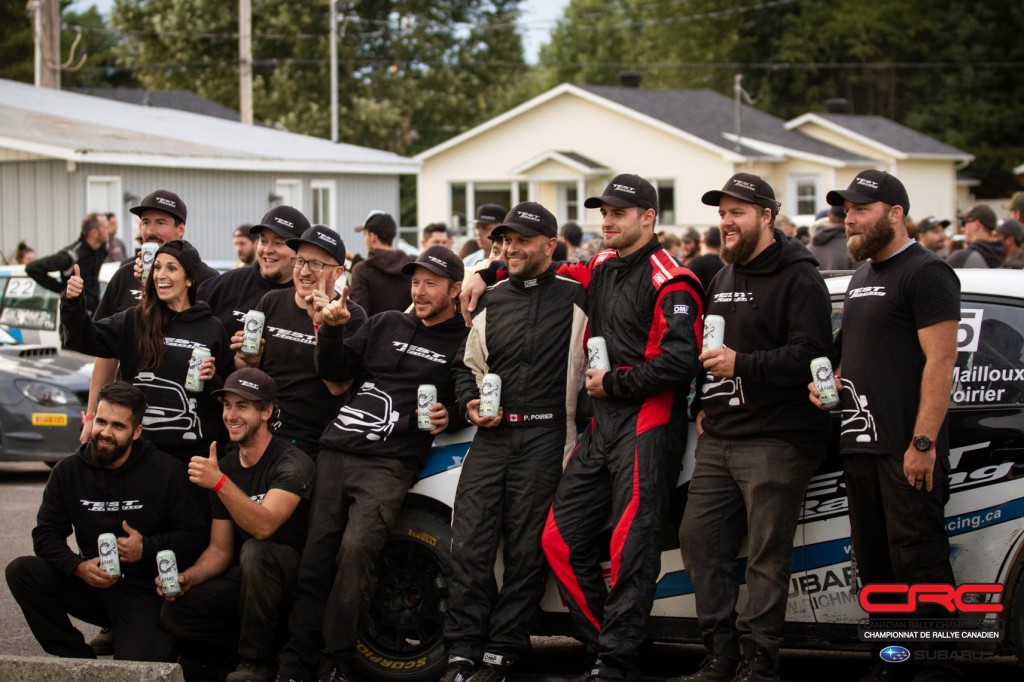 A deep polar airmass brought extreme cold temperatures to Maniwaki, Quebec the night before the...
Dickinson delivers at Big...