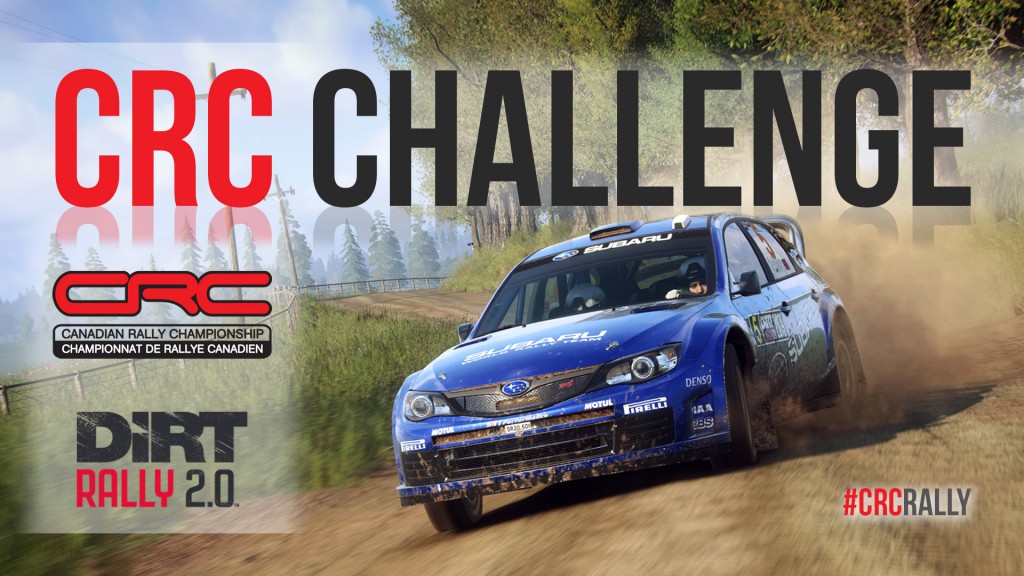 Join Canadian Rally fans and competitors in the CRC Challenge on Dirt Rally 2.0

This first championship consists of three events, virtually representing Rallye Perce Neige, Rocky Mountain Rally, and Rallye Baie-des-Chaleurs. Locations within the game will be chosen to as closely resemble those “real-life” events as possible.

Each rally will consist of 12 stages, and competitors will have 72 hours to complete the event. Location and car class details will be announced closer to the events.

CHAMPIONSHIP SCORING
Only those participants who have registered online will be eligible to collect prizes. Other participants may be involved in the club championship on Racenet, but if we do not have their gamer ID and registration, their results will stand online only. The CRC Challenge organizers will manually compile championship points from each event towards the overall prize awards, and they will be posted on the website. The in-game Dirt Rally Racenet points will not be used to calculate CRC Challenge winners.

Championship points will be awarded to the top 50 finishers, starting with 50 points for the winner, and 1 point for 50th place. The highest score after three events will be crowned the CRC Challenge Champion.

PRIZES
A selection of prizes will be awarded to the top three registered finishers of each event, and to the top three overall championship finishers after three events. Random draw prizes and other awards will also be handed out amongst those who FINISH each event. Like real rally, sometimes just making it to the finish is a success! Prize details will be announced on CRC social media and the website closer to the championship – current prize supporters include Subaru Canada, Dirtfish, Craig Drew Online Co-driver Training, Rallye Baie-des-Chaleurs, and more! Winners will be contacted after the championship concludes.

Will I need to buy extra DLC (downloadable content)?
Participants will require Season 1 and 2 game updates. If you are just getting started with the game, these are all included in the latest available versions.

Will I be able to use assists? Damage?
Assists will be OFF. Hardcore Damage will be ON. No restrictions on camera angle.

What happens if I DNF or suffer terminal damage?
You only get one attempt at each rally. There are no resets in club championships in DR2. You must finish every stage. If you retire from a stage, you will be considered retired (DNF) from the event.

What happens if Racenet server crashes?
Unfortunately this is an all-too-common phenomenon in Dirt Rally 2.0. There is nothing the organizers of this challenge can do to help in this instance. If you “return to main menu”, you may get lucky and return back to the stage you just completed or it also may cause a DNF. There’s simply no easy way for the organizers to take this into account or correct for it, sorry!

If you have any questions, please contact
Warwick Patterson, CRC Promoter/Media
crc@formulaphoto.com 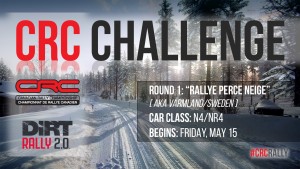