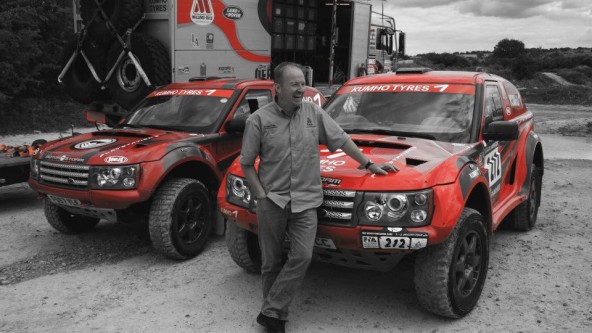 Mark started rallying in 2005 and made his mark quickly by winning the Western Canada Novice and Open Championships in 2006.

After a driving course at Silverstone Formula 1 Circuit at the Age of 18, Mark was hooked and on moving to Canada in 1988 he decided he would find a way to rally.

After rallying for several years with championship and event podiums, Mark was given the opportunity to drive for the prestigious Bowler Offroad team in the UK.

Now he is back racing in Canada with his wife in the co-drivers seat. Always a contender for the podium, Mark is getting to grips with both a new co-driver and car.

Mark has achieved many outstanding results in his endeavours including: