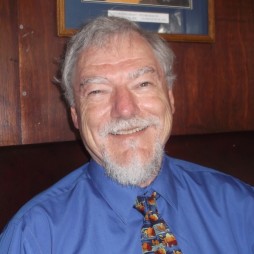 John Dillon, the 2008 national Open 4WD (NASA) and 2004 national Open (SCCA) codriver champion on the American rally circuit, has used his talent in the navigator’s seat of a performance rally car to help lead several teams to victory. Along the way he’s codriven to victory at the famous Pike’s Peak International Hill Climb, the inaugural Pike’s Peak Rally, and the inaugural Colorado Cog ProRally. He and driver Leon Styles won back to back divisional championships in 2002 and 2003, and complemented their 2002 trophies with California Rally Series championships. His first major trophy was a Production GT (PGT) divisional title in 1999 and an overall victory that same year at Gorman Ridge.

John has teamed up with several drivers over the years to help them earn National class wins in Open, Group 2, Group 5, PGT, and numerous other podium finishes. Additionally, he has been recognized by his peers for his support of the sport, receiving the Carl Merrill Sportsmanship Award in 1999, the Bill Moore Co-driver Award in 2000, and most recently, the Kenneth Zimmerman Award in 2003 for outstanding contributions to the sport. San Diego Region honored him as the region’s Co-Driver of the Year for 2000.

Since 1995 John has competed in over 150 rallies and helped his drivers to reach the podium dozens of times. He looks forward to many more rallies in the years ahead.

Deen Dominates The Field At...

Tanveer Deen and his sister Naila Deen took their Mitsubishi EVO IX to a comfortable...
Mailloux kicks off season with...

Kyle Tilley and Alex Gelsomino piloted their Fiesta R5 to a commanding win at the...
Leblanc brothers gain series lead...

Tanveer Deen and his sister Naila Deen took their Mitsubishi EVO IX to a comfortable win after dominating the Rocky Mountain Rally, the second...
Mailloux kicks off season with win at Rallye Perce Neige

Jérome Mailloux and Philippe Poirier drove their Test Racing Subaru to the top step at Rallye Perce Neige, the opening round of the 2022...