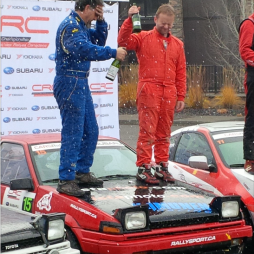 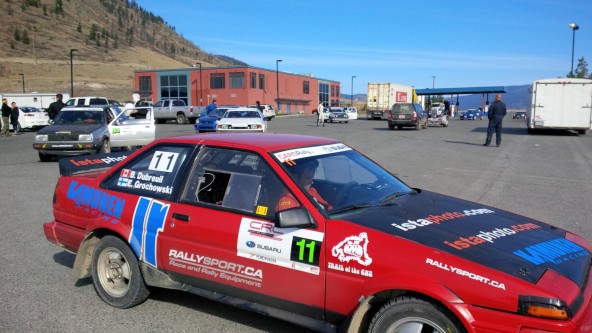 I began my involvement with rally in 2007, participating in numerous TSD events in Western Canada with my daughter Jacqueline. I was fortunate to have met Eric Grochowski and Leanne Junnila through TSD and became involved helping them as a member of the Kamanen Rally service crew. Fortunately for me, Leanne found herself committed to co-driving with another famous Fin, Taisto Heinonen. Eric and Leanne were the best teachers a new co-driver could ever have, as they showed me the ropes and allowed me to compete with Eric in several events in 2015. Thanks to Eric’s great driving, a great car loaned by Kris Schofield, I finished 2nd overall in National 2WD Co-driver.

In 2017 I have teamed up with John Munroe and Canary Rally Racing in a fantastic, historic 1973 Toyota Corolla. We look forward to entering events in both Western and Eastern Canada.

The Canadian Association of Rallysport (CARS) is announcing the retirement of Terry Epp, our National...
Levac charges to win at...

For over 50 years, the Lincoln Electric Rally of the Tall Pines in Bancroft, Ontario has been known as one of the toughest single-day...
Mailloux wins rally of attrition at Charlevoix

Survival was the name of the game at Rallye de Charlevoix, round five of the Canadian Rally Championship. Set on the edge of...