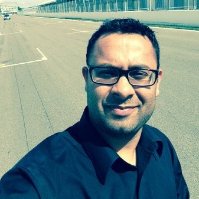 2. Attended, 3 TSD Rally’s in 2012 Dec and Jan, Feb 2013 which included Snow, Ice, Mud, Gravel and Pavement. The length of Each TSD rally were from 600Km to 800Km. They lasted from 6 hours to 12 hours with no driver change. Following are the results of 3 TSD rally’s where I finished 3, 6 and DNF. For last race my co-driver was experiencing a major headache hence we had to quit.
Location: Rocky-view, Alberta, Alberta (Rural Roads)
Organization: Calgary Sports Car Club (FIA approved)
Track: 10 hour TSD style rally in the month of January of 2013.
Vehicle: 2007 Toyota Tacoma V6 4×4 6 Speed.

It is with regret that Maple Leaf Rally Club must announce the cancellation of the...
Pacific Forest Rally annulé