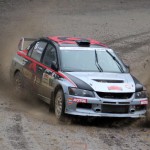 Jean-Sébastien Besner, the 2016 Eastern Canadian Rally Champion, added a long-awaited national victory to his list of accomplishments in his twenty years of car racing by winning the Rallye Baie-des-Chaleurs this past weekend. Accompanied by his co-driver Yvan Joyal, the Montreal driver brought his Mitsubishi Lancer Evolution to an overall first place as well as a victory in the Eastern Canadian Rally Championship, after an faultless weekend of racing. 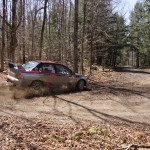 After a three-month hiatus, this weekend, the Eastern Canadian Rally Championship (ECRC) presented the second of eight rounds that make up the 2018 season. On magnificent forest roads southwest of Ottawa, Quebeckers Jean-Sébastien Besner and Marc-André Lamontagne drove their Mitsubishi Evo to victory at the Lanark Highlands Forest Rally. 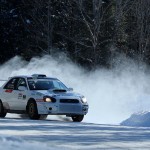 February 4, 2018.- The traditional opening round of Canadian and Eastern Canadian rally calendars, the Rallye Perce-Neige, took place this past weekend in Maniwaki, Québec. As the first of eight rounds of the 2018 Eastern Canadian Rally Championship (ECRC), this challenging event saw multiple lead changes on the snow and ice-covered roads, lined with only minimal snowbanks. In the end, victory went to brothers André and René Leblanc, of the Gaspé region of Quebec, in their Subaru WRX STI.